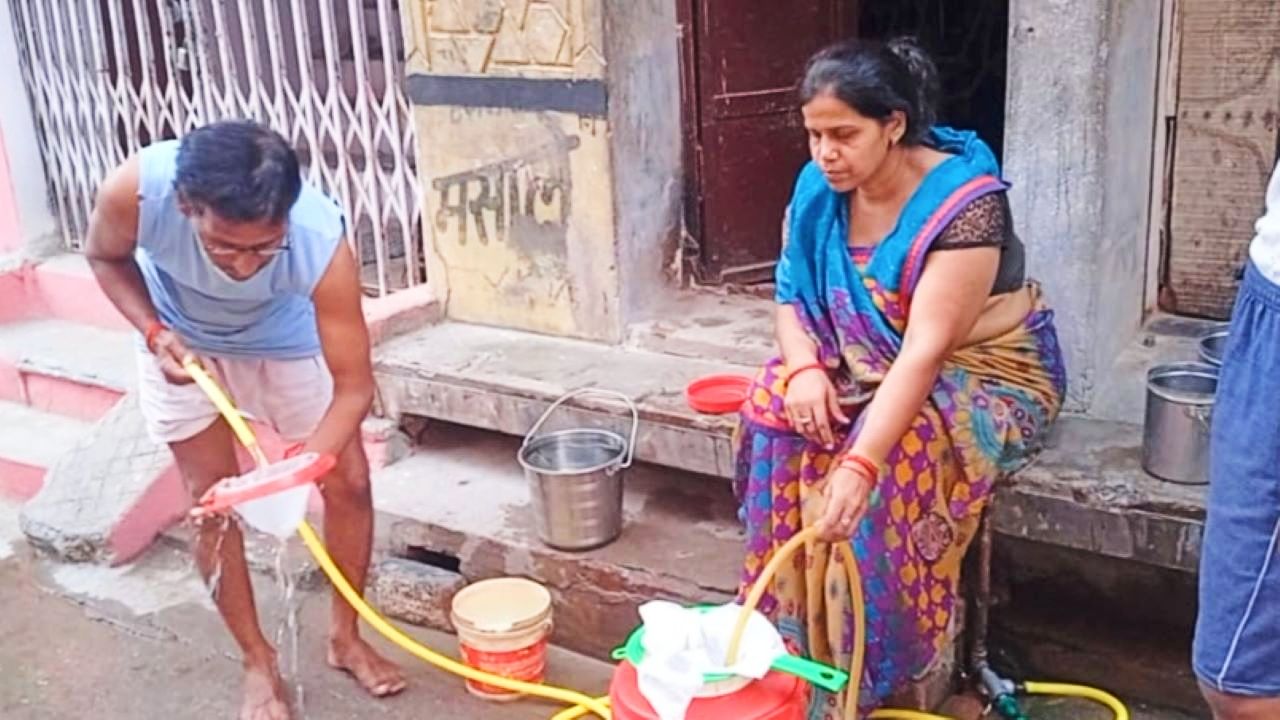 The top officials of Jal Sansthan in Hamirpur district say that when they came to know about the worms coming out of the tap, they along with their team went to the spot and got the pipeline repaired.

Uttar Pradesh (Uttar PradeshThere was a stir in the district of Hamirpur district at that time. When suddenly poisonous insects and earthworms started coming out of the drinking water. After which people started filling water by putting sieves in their utensils. Here the water supply in the houses through the pipelines of the Jal Sansthan (Water Supply) Is performed. After which people separated these insects and earthworms by filtering the water and informed the officials of the Jal Sansthan about the matter. At present the Water Institute (Water Department) officials have got the water system done right after getting the pipeline excavated and checked.

Actually, there is a shortage of drinking water in Hamirpur district as soon as summer comes.Water Crisis) is not a new thing. From the past several decades, as soon as the summer comes, water scarcity starts in many areas of the district. In such a situation, due to the decrease in the water level, all the tube wells or hand pumps stop giving water. But the people of Hanthi Darwaza area in Hamirpur headquarters are facing a different kind of problem. The water which is being supplied by the Jal Sansthan here in the morning and evening. It is dirty water that people are filtering and drinking.

People were upset for two and a half months, insects were coming with water

At the same time, Vandana Gupta and Soni Gupta, residents of the area, told that for the last two and a half months, they are getting only dirty water to drink. In which insects often come. During this, Vandana Gupta told that often children of insects and snakes keep coming out of her tap. For which he has also made a video. Along with this, according to local resident Dharmendra Kumar, several times during the last two and a half months, a written complaint was also made to the officials, appealing to get the pipe checked. But nothing happened. When the children of insects and snakes (earthworms) started coming out of the taps. During this, when we made a video of it and made it viral, then the officials have listened to our complaint. After which clean water is now available.


Water department is trying to provide clean water to the people

In this case, the top officials of the Jal Sansthan say that when they came to know about the insects coming out of the tap, they along with their team went to the spot and got the pipeline repaired. At the same time, the underground pipeline was damaged in many places, due to which people are getting dirty water. At present, now the water system has been corrected. Along with this, monitoring is being done in the district that people continue to get clean water to drink.