Do the cultivation of Azolla in the paddy field, the cost will come down and the fertility of the soil will increase 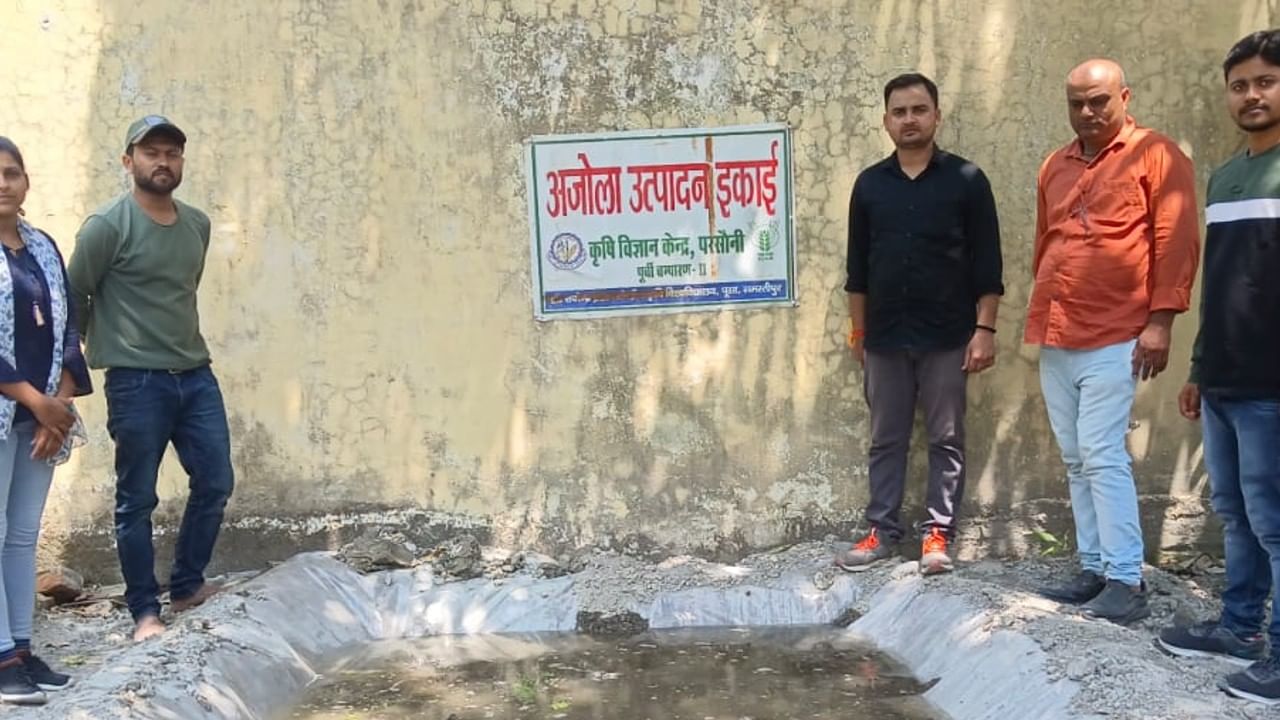 Kharif season is going on now. During this, farmers cultivate paddy on a large scale. To reduce the cost of paddy cultivation, reduce the use of chemical fertilizers and increase the fertility of the soil, farmers can cultivate Azolla in the field.

Paddy farming (Paddy FarmingAzolla is proving to be a boon for farmers in reducing the ill effects of chemical fertilizers. Azolla is a high nutritional value aquatic fern, whose leaves contain blue green algae named Anabina which is a low cost and short time ready green manure. This is our Kharif season (Kharif Season) is playing an important role in cultivation. It is considered a boon for the paddy crop. It contains abundant nitrogen and other nutrients, due to which better growth of paddy plants takes place. According to Soil Scientist Ashish Rai, 15 to 20 days after planting paddy, Azolla is put in a field filled with water at the rate of 1 kg per square meter, then it spreads very fast in the field. floats like green algae on the water in the field

Azolla is considered very effective for soil. Soil health is very good with Azolla. It has often been seen that if Azolla is used in making vermi compost and compost, then the weight and growth of earthworm in vermi compost is rapid. Simultaneously, organic matter also increases in compost, due to which the amount of nitrogen increases in the field, which is very effective in increasing production.

Seeing its positive impact, Ashish Rai, Soil Specialist at Krishi Vigyan Kendra (KVK) Parsauni East Champaran, along with his associates has made several units of Azolla at Krishi Vigyan Kendra to make available Azolla at the right time to the farmers. Together with the farmers, preparations have been made to produce Azolla on a large scale on their ponds, so that this year, efforts to explain its benefits and positive aspects can be successful by getting the farmers to put Azolla in at least 250 acres of paddy field.

Azolla will be used for training in paddy fields among farmers. Its main objective is to reduce the use of urea and to move farmers towards sustainable farming. Azolla can play an important role in strengthening the soil fertility and reducing the use of chemical fertilizers. The farmers of South India used Azolla extensively. Now it is being rapidly adopted among farmers in Bihar, especially in the northern part.

How to produce Azolla?

It is very easy for the farmers to produce Azolla. For this, take a plastic seat and cut it by measuring 6 by 4 feet and after making a 1 feet deep pit, put the plastic seat in it and raise the edges of the plastic from all sides and press it with the soil. If possible, fill 15 to 20 cm of water. But it should be remembered that wherever this unit is manufactured, it should be in a light shady place and the temperature should be between 25 to 30 degree Celsius, which increases the production of Azolla.

After the above mentioned process, mix 10 kg vermi compost, 500 g single super phosphate, 100 g potash in fertile soil on the seat and spread a surface of about 5 cm thickness. Then fill it with water and when the water becomes stable, put the culture of Azolla in it. Then between 12 to 15 days Azolla will spread in the whole unit and then it can be transferred to the paddy field.

When there is less water in the paddy crop, then it comes in contact with the soil and starts growing. During this time it remains in the form of organic manure and with the help of some beneficial bacteria like Nitrobacter and Nitrosomonas, inorganic manure gets converted into nitrate. This process is very beneficial for the paddy crop.