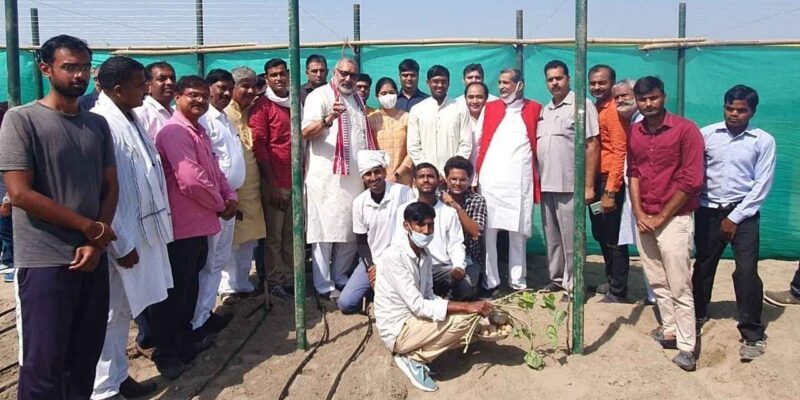 Union Minister Giriraj Singh with the farmers who have been eligible for training.

A lot of work is being done in different parts of the country regarding organic farming, mixed farming and multi-layer farming. In this sequence, farmers were given seven-day multilayer farming training by Akash Chaurasia, an organic agriculture and multilayer farming expert from Sagar, Madhya Pradesh at Aadya Organic Farm in Dostpur-Mangrauli village of Noida. The program was organized by former MP RK Sinha.

In the closing ceremony of the seven-day program, Akash Chaurasia, who is known as the father of multilayer farming in the country, told that multilayer agriculture will protect the crops from extreme heat and extreme cold and also from weeds and insects. The biggest thing is that due to having five crops together, farmers will continue to get some economic benefit every month.

In the last session, Bihar’s Industries Minister Syed Shahnawaz Hussain advised to increase the value of agricultural products by processing them. Senior journalist Padmashree Ram Bahadur Rai, who was present during this, said that such programs are of great importance in improving the condition of the farmers and in fact this is news for any right journalist. 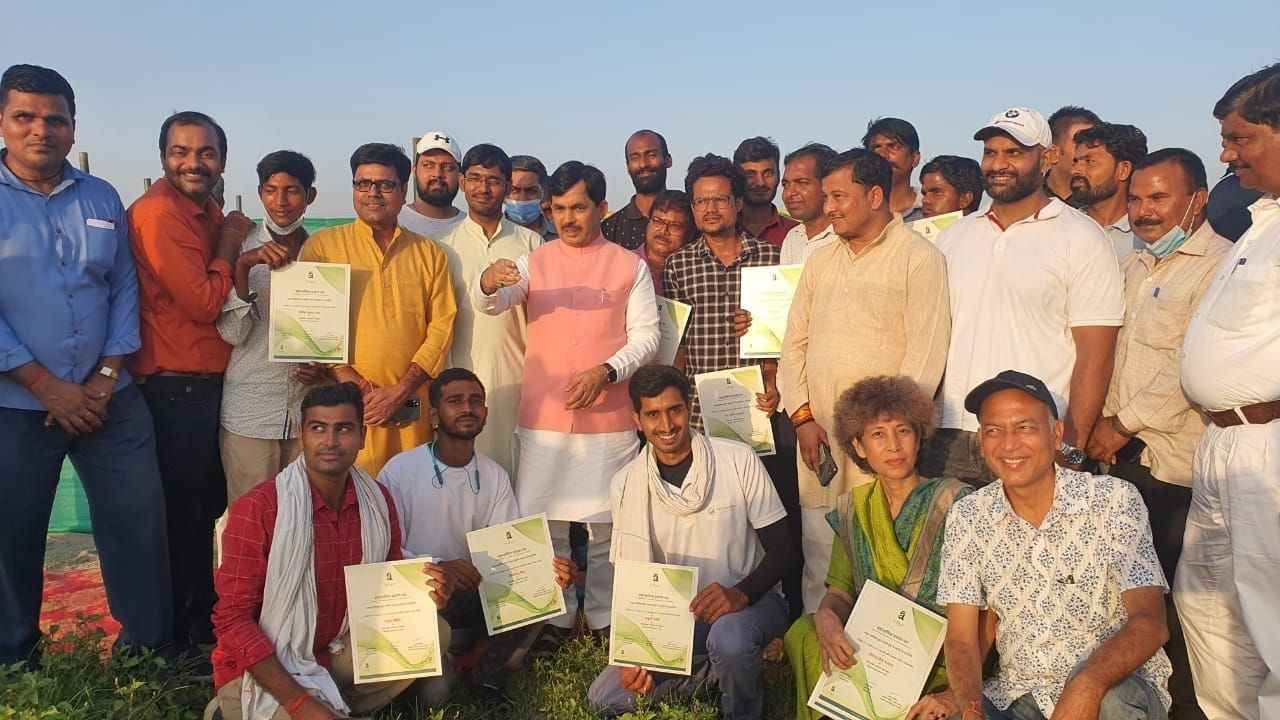 Rajya Sabha MP and former Rajasthan Agriculture Minister Kirodilal Meena requested RK Sinha, Chairman of Aavasar Trust, that such training programs should be organized in all the states.

The country’s Rural Development and Panchayati Raj Minister Giriraj Singh said that the income of farmers can not only double, but can increase manifold; If the cost of cultivation is less and the price is reasonable. This is possible only when livestock and agriculture are combined and fertilizers and pesticides based on cow dung and urine are used. During the closing ceremony, after completing the training, certificates were given to all the trainees and everyone took a pledge that they would do poison-free farming and would also inform others about the benefits of multi-layer farming.

Corrections can be done in NEET Phase II application form till October 14, here are the details