Bengal Corona Updates: The number of infections reached one thousand, from Tuesday, the first dose of vaccine will be available again in Kolkata 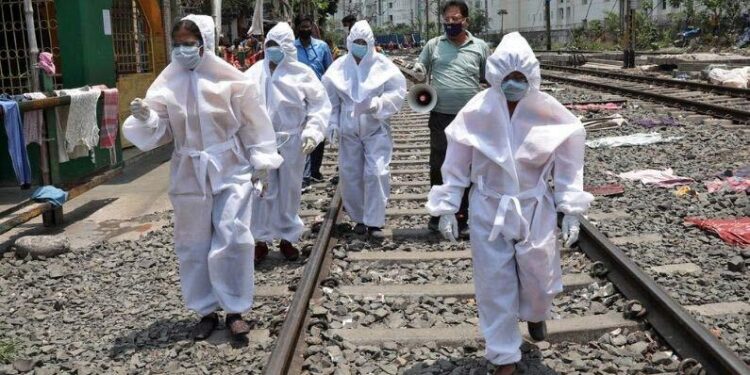 Health Tips: These habits can be the reason for weak bones, change today

In West Bengal, the number of people recovering from the COVID-19 epidemic is increasing continuously but once again the number of people getting infected has also started increasing. According to the Health Bulletin issued by the State Health Department, during the last 24 hours, samples of 52 thousand 541 people have been tested, out of which only 997 people have been found positive. On the other hand, the first dose of Corona Vaccine will start giving again from Tuesday in the Kolkata Municipal Corporation area.

During the last 24 hours, 1336 people have become healthy. So far, 14 lakh 77 thousand 998 people out of total 15 lakh 11 thousand 205 who have come under the grip of this epidemic across the state have returned home after recovering. Recently there was a decrease in the figure of corona infection, but then a slight increase has been registered in it.

17 people have died in the last 24 hours

Apart from this, only 17 people have died during 24 hours, due to which the total death toll has increased to 17903. There has been a decrease in the number of active patients by 386 and only 15 thousand 304 people are being treated in various hospitals. Here the health rate has increased to 97.80 percent. Samples of a total of one crore 47 lakh 17 thousand 688 people have been tested.

First dose of vaccine will be available in Kolkata from Tuesday

On the other hand, due to the alleged shortage of COVID-19 vaccine, the vaccination which was stopped in Kolkata is being started once again. Firhad Hakim, Administrator of Kolkata Municipal Corporation said that from Tuesday once again the first dose of vaccine will start in Kolkata. The second dose will be taken from 9 am to 1:00 pm and after that the first dose will be given. Apart from this, taking lessons from the vaccination camp organized by the fake IAS officer in Kolkata, he announced a new rule for such camps. He said that the CVC code would be mandatory for organizing vaccination camps in the metropolis. Apart from this, before opening each vial to prevent wastage of vaccine, it will be seen whether sufficient number of consumers have come or not. He said that eight people will not be deprived for providing facilities to two people.

Bengal BJP President Dilip Ghosh will hold meeting with JP Nadda from 11 am today, likely to discuss reshuffle in organization