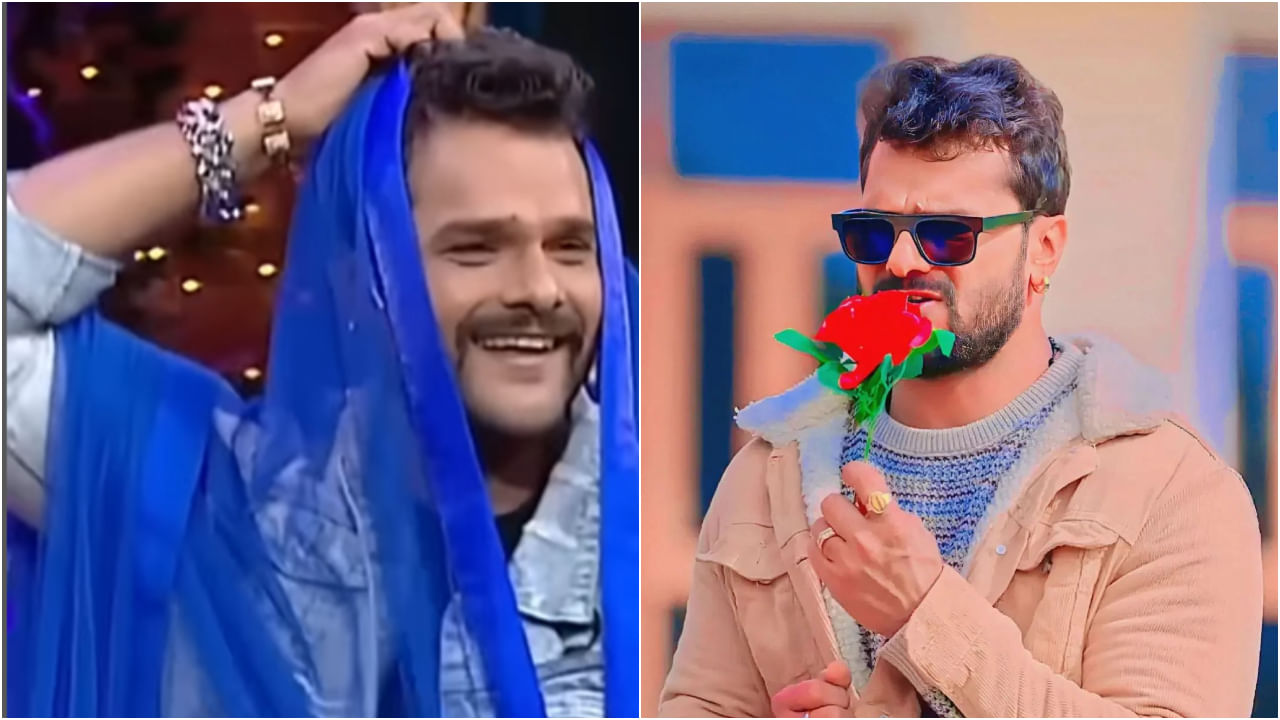 Khesari Lal Yadav Dance Video Viral: Bhojpuri actor Khesari Lal Yadav has shared a video on his social media account, in which he is doing a tremendous dance as a girl wearing chunri on his head. Comedian Kapil Sharma was also surprised to see this style of Khesari. watch video

Bhojpuri Song Video Khesari Lal Yadav Dance: Well-known actor of Bhojpuri cinema, Khesari Lal Yadav is famous for his brilliant songs. Khesari has become a global star today. He is known for his superb dance and acting. Now Khesari Lal has shared such a video in which he has given leave to big heroines in the matter of dance. When Khesari shook his waist with a scarf on his head, the fans were forced to dance. In this video, Khesari is wearing a blue chunri on his head and in the dress of a girl stole the party with his dance moves. Comedian Kapil Sharma was also surprised to see this tremendous performance of Khesari.

Actually, this video is from The Kapil Sharma Show. Bhojpuri star Khesari Lal Yadav has also gone to this show. Along with him, Dinesh Lal Yadav Nirhua and Amrapali Dubey also reached the show. When Kapil Sharma asked Khesari to perform on his own song, Khesari stole the show. Khesari Lal Yadav showed fierce camaraderie and dance moves on the Bhojpuri song Sutala Tani Kora Mein. In Kapil’s show, fans started dancing on Khesari’s dance and Kapil Sharma himself was also seen enjoying himself.

Let us tell you that this video is old, which has been shared by Khesari Lal on his Instagram. In this Bhojpuri song, the pair of Khesari Lal Yadav and Kajal Raghwani have given a great performance. The fans liked the chemistry of both. Fierce reels have also been made on this video. Khesari will soon be seen in Bhojpuri film Sangharsh 2. Actress Meghashree will be seen with him in this film.