Yasin Malik was convicted in the terror funding case, then PAK got chilli, PM Shahbaz Sharif started begging for help 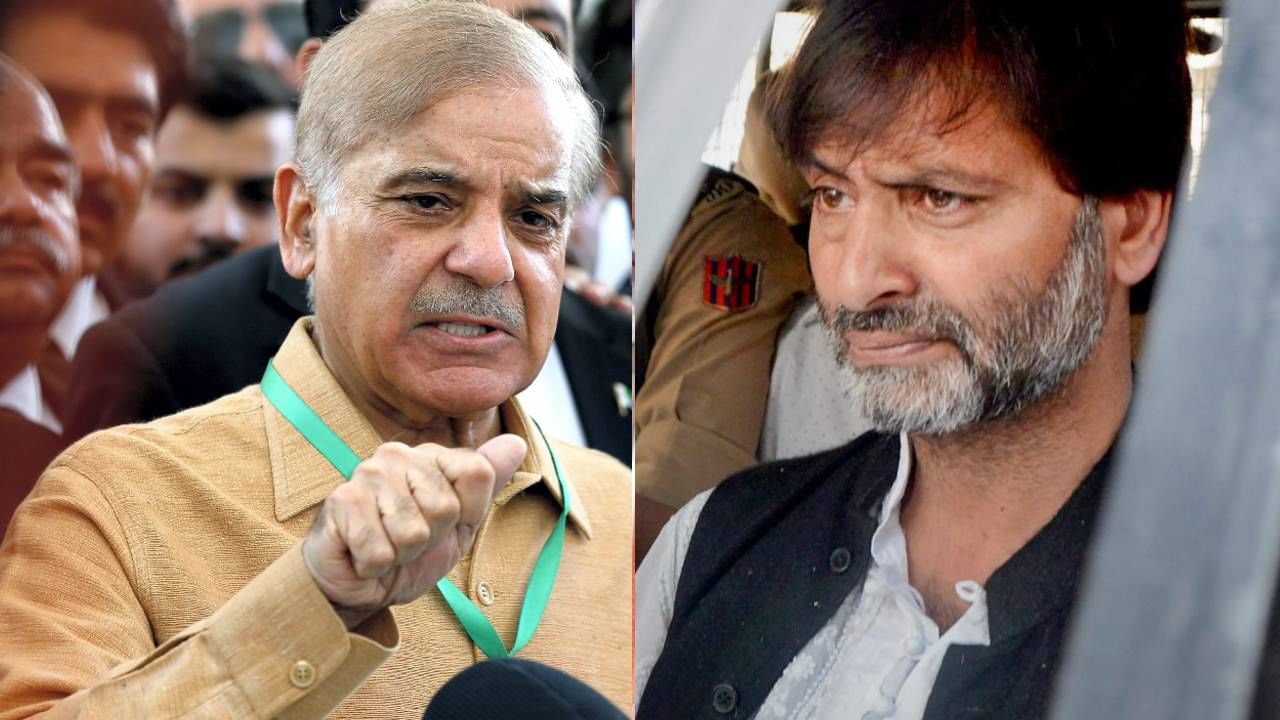 The Prime Minister of Pakistan, who is promoting terrorism in Jammu and Kashmir, is now seeking help from all over the world while opposing India in this matter.

Pakistan Prime Minister Shahbaz Sharif has made a tweet regarding this matter on Monday. In this, he has made many allegations against India. He has said that the world needs to pay attention to the mistreatment of political prisoners by the Government of India in Jammu and Kashmir. He has further said that the conviction of prominent Kashmir leader Yasin Malik in a fake case related to terrorism is a futile attempt to silence the voices criticizing India’s cases of human rights abuses. After this, the Prime Minister of Pakistan has said that the Modi government of India should be blamed for this matter.

In fact, even before this, venom was spewed against India by Pakistan after convicting the separatist leader of Jammu and Kashmir Yasin Malik. Pakistan had condemned the conviction of Yasin Malik. The case in which Yasin Malik has been convicted is from 2017. Yasin Malik is currently lodged in Delhi’s Tihar Jail.

Concocted allegations have been told by Pakistan

Pakistan recently took the side of Yasin Malik, saying that Yasin Malik has been convicted in a fabricated case registered by the NIA in 2017. It was also said from Pakistan that the conviction of Yasin Malik is a violation of human rights law and the International Code of Civil and Political Rights. He has been repeatedly convicted on fictitious charges. Also baseless allegations have been made against Pakistan.

Spoke of friendship with China

Along with this, the Prime Minister of Pakistan Shahbaz Sharif also made a tweet on 21 May. In this tweet, he wrote about the strong relations between Pakistan and China. He had said, ‘Our relations with China have developed into a strong brotherhood in the last 71 years. The strategic partnership of our two countries has come to the fore in the form of peace in this region. My best wishes to the people and governments of both the countries.


PM Modi will take part in the Quad conference

Let us inform that this statement of Pakistan, supporting the separatist leader of Jammu and Kashmir Yasin Malik, has come when Prime Minister Narendra Modi has gone to Japan to participate in the Quad group meeting. The Quad Group meeting is to be held in Tokyo, Japan on Tuesday. America, India, Japan and Australia are in this group. At the same time, US President Joe Biden has also reprimanded China on Monday when it came to the fore about the conspiracy to attack Taiwan. Bilateral talks are also to be held between Prime Minister Narendra Modi and US President Joe Biden on Tuesday.