With the slogan ‘Shame Putin’, people of Russia took to the streets against the Ukraine war, massive protests in 56 cities, thousands arrested 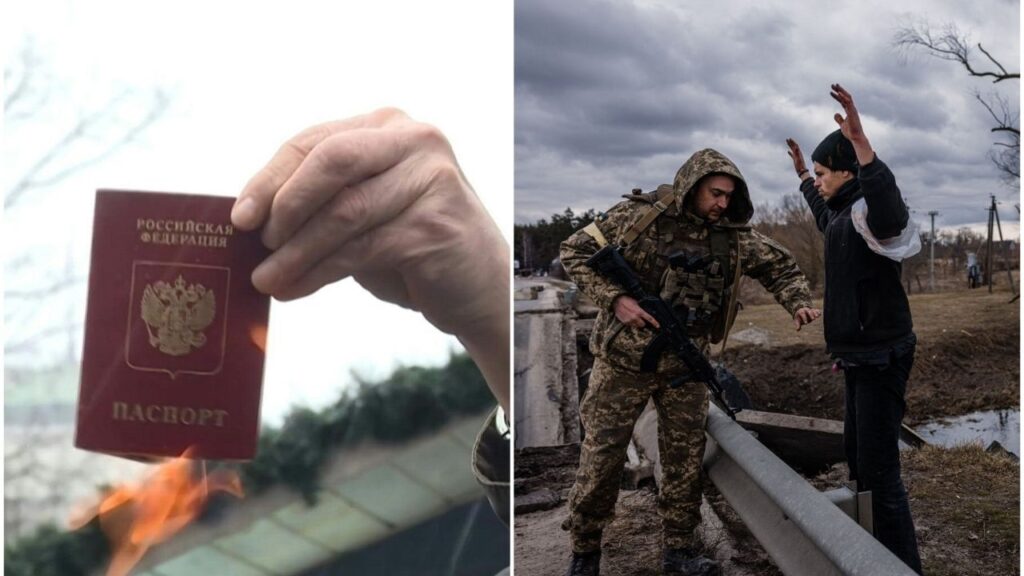 Russia Ukraine War: People within Russia are protesting against the Ukraine war. Many of them burned their passports, while others waved the flag of Ukraine.

Protests against Ukraine war in Russia

Ukraine War (Russia Ukraine War) against Russia (RussiaThousands of people are taking to the streets against their own government. Massive protests here in at least 56 cities (Protests in Russia) are happening. The police have detained 4300 more people on Sunday. People raised slogans of ‘Say no to fight’ and ‘Shame on Putin’. Russia’s Interior Ministry had earlier informed that the police had arrested 3500 people. Of these, 1700 have been caught from Moscow, 750 from St. Petersburg and 1061 from other cities.

The ministry said that 5200 people took part in the demonstrations. According to the OVD-Info Protest Monitoring Group, at least 4366 people have been detained in 56 different cities. The Russian people are adopting various methods to show their anger against the invasion of Ukraine. Some people burnt their passports. Others have raised slogans against the war and Russian President Vladimir Putin, waving Ukrainian flags.

people protesting despite the cold

A group of Russian citizens living in Serbia were among many on Sunday who gathered in central Belgrade in support of Ukraine and against the war, despite the cold weather. Many people have died in this war during the last 11 days and 1.5 million people have had to leave their homes. After burning his passport, Vladimir Nesimov said, ‘I have nothing to do with what Russia is doing in Ukraine and the world. I don’t want to take any moral or material responsibility for something that doesn’t depend on me. I don’t want to be a citizen of that country.

Nesimov and his wife Evelina Nesimova traveled from the western Serbian city of Lojnica to Belgrade to attend Sunday’s meeting, which was attended by Serbian peace activists and Russians in Serbia. Evelina Nesimova said that after the Russian invasion of Crimea, she left Moscow to live in Serbia back in 2014. “We don’t want to live in a country where Putin is president,” he said. We are ashamed.’

March also came out in support of Putin

Nesimov’s action comes days after a Russian woman burned her passport during a rally for Ukrainians in Edinburgh, Scotland. At Sunday’s rally, Russians were strongly against the war, with many in Serbia supporting Putin and his invasion, blaming NATO and the West’s anti-Russian policies for the conflict. Hundreds of right-wingers marched in Belgrade in a show of support for Putin in Europe last week, while many youths also raised pro-Russian slogans during a peace rally on Sunday.

Also read- Imran, who was ‘blind’ in love of Russia, raged on EU over Ukraine war, said – did you write such a letter to India?

Also read- Britain: The Queen of Britain will no longer live in Buckingham Palace, chose Windsor Castle as a permanent residence