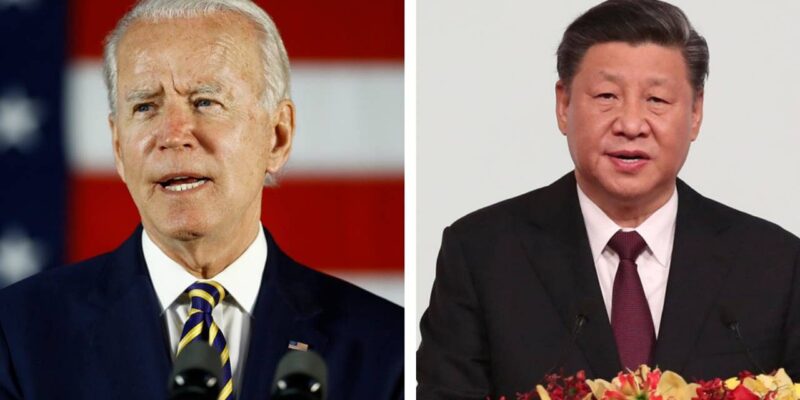 The tension between the US and China is at its peak at this time.

Beijing has stepped down its actions of intimidation after sending a record number of military planes to harass Taiwan on China’s National Day. But but the tension (China Taiwan Tension) is still not reduced. China’s attempt and rhetoric to justify these military exercises continues.

Experts agree that there is no possibility of a direct conflict at this time. Although the situation regarding the future of self-governing Taiwan can become dangerous at any time, the possibility of this cannot be ruled out. He says that any single accident or miscalculation can lead to conflict at a time when Chinese and American ambitions are at odds with each other.

China wants to regain control of the strategically and symbolically important island, and the US sees Taiwan’s case in the context of growing challenges from China. British defense analyst Henry Boyd at the ‘International Institute for Strategic Studies’ said that the concept of power rivalry with China from the US point of view is adding to this apprehension.

“The need to stand up to China is enough to inspire in this context, and not engaging in this conflict would be seen as a betrayal of US national interests,” he said. Taiwan considers itself a sovereign nation but China claims it.

Capturing the island is part of Beijing’s political and military thinking. Chinese President Xi Jinping strongly advocated the reunification of Taiwan and China, saying that the “Taiwan issue” would be resolved and that “peaceful integration” was in the interests of both sides.

Xi said any “foreign interference” on the Taiwan issue would not be tolerated. In view of China’s increasing aggression, the US and Japan are increasing their support for Taiwan, in the background of which this comment of China came.

The situation of confrontation between China and America arose in 1996. China, angered by growing US support for Taiwan, had demonstrated military prowess, including missile launches in waters about 30 kilometers off the coast of Taiwan. In response, the US sent two aircraft carriers to the area. At that time China did not have enough means to threaten aircraft carriers and American ships, so it withdrew.

Today China equipped with every technology

After this China started strengthening its army and after 25 years it has developed missile protection system, which can counter-attack and has also made its own aircraft carriers.

US Navy Secretary Carlos del Toro last week described China as the “biggest” long-term challenge in the new strategic guidance policy. On the occasion of its National Day, China sent a record 149 military aircraft to the southwest of Taiwan, about which the US expressed deep concern.

A Chinese official had said military exercises and warplane missions near Taiwan were essential to the nation’s autonomy and defense of the region. This has raised concerns in the area. Taiwan’s President Tsai Ing-wen vowed to protect the island from rising Chinese pressure after an unexpected tussle with Beijing.

Britney Spears: Singer Britney Spears took a jibe at her ex-boyfriend Justin Timberlake, reminded them of the breakup day

If suppose you have fever, cold now, then should you get corona test done? what do doctors say