Who is Pakistan’s Doctor Afia Siddiqui, who has been sentenced to 86 years by the US 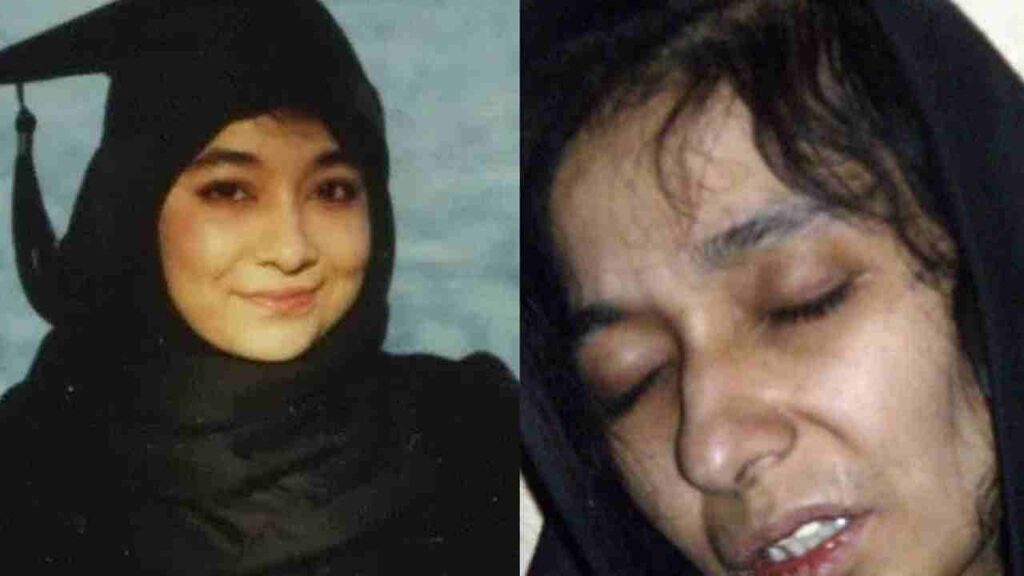 Doctor Afia is an American citizen of Pakistani origin. He has done his PhD from the prestigious Massachusetts Institute of Technology (MIT). She is the mother of three children. According to Pakistani media, in March 2003, when she went to the airport to catch a flight with her three children, she was arrested.

Dr Afiya Siddiqui told her lawyer last week that she was attacked in jail on July 30. In 2003, Dr Afia was kidnapped along with her three children. It is said that the US military tortured her, raped her and then imprisoned her in Bagram prison in Afghanistan.

Bagram Jail was opened by the US in Afghanistan. This jail is famous for torturing the prisoners. Last month the Taliban captured Kabul as well as released all the prisoners inside this prison. A complaint has now been lodged against the US authorities on behalf of the Pakistani government. The Pakistani government says that Dr Afia has been attacked by other prisoners at the Federal Medical Center Carswell Jail in Fort Worth.

Doctor Afia says that he was attacked by a woman with a coffee mug and hot coffee was spilled on his face. After the attack, Dr Afia is kept in a lonely cell on a wheelchair. Siddiqui’s lawyer says that when she went to meet Afiya, she had a cut mark on her face and other wounds. According to Pakistan, Siddiqui had told other officers about his attack but no action was taken by the jail authorities.

who is doctor afia

Doctor Afia is an American citizen of Pakistani origin. He has done his PhD from the prestigious Massachusetts Institute of Technology (MIT). She is the mother of three children. According to Pakistani media, in March 2003, when she went to the airport to catch a flight with her three children, she was arrested.

Dr Afia told in an interview given to TRT World that she was kidnapped along with her three children and then taken to Bagram airbase. The US accused her of being a member of Al Qaeda.

It is said that in the year 2003, the Pakistani government handed over the doctor Afia to the American authorities on the basis of allegations to get the reward amount fixed by the US on Al Qaeda members.

According to Afia’s sister Fauzia, she was raped by the US Army in jail and tortured until she had signed her confession. They were given drugs, killed with rifles until their blood came out and asked to walk naked and follow the Quran.

Apart from Fauzia, when all this happened, his children were forced to sit there. In 2008, British journalist Yavonne Ridley first mentioned a woman in Bagram jail in front of the Pakistani media. In 2008, Dr Afia was accused of attempting to kill American soldiers. In the year 2010, Dr Afia was deported from Bagram to America.

The trial against him started on 19 January 2010. After a trial that lasted for two weeks, he was sentenced to 86 years by the US Federal Court. According to his supporters, no forensic evidence was presented to prove his allegation. Ever since Imran Khan took power in Pakistan, there has been a demand to release Dr Afia.

Also read- Votes will be cast in Canada today, will PM Trudeau pay the price for holding elections ahead of time?