Who is Diana Kizhi of Russia, why is everyone talking only about her? 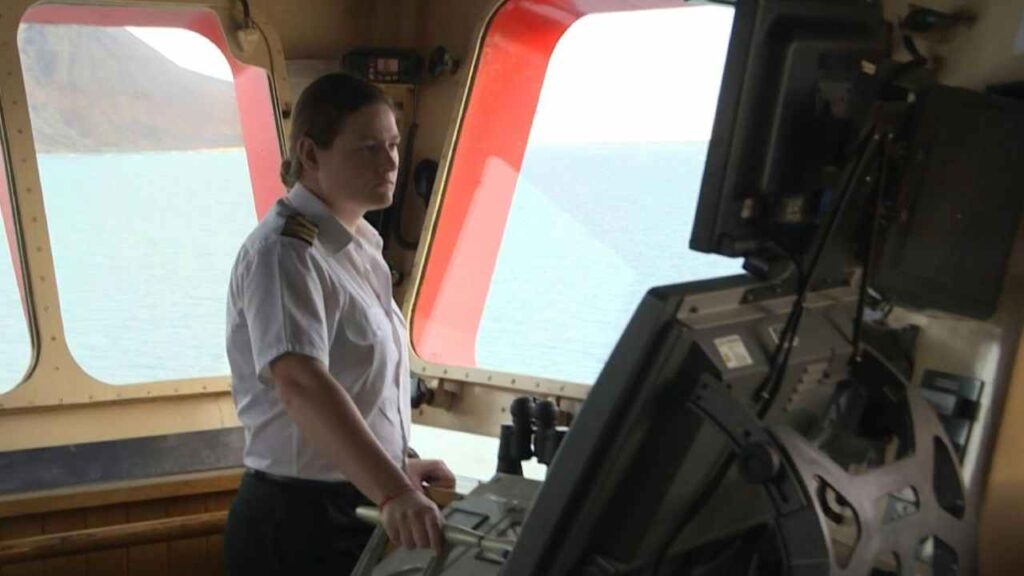 Keiji is only 27 years old and he is one of the three Chief Mate of this ship named ’50 years of victory’. So far, he has made dozens of rounds of the Arctic and has even reached the North Pole nine times. Keiji is dreaming big. She says, ‘My goal is to become captain one day.’

Russia, the country in the world that is known for its KGB agents and strategies in war. Today we introduce you to a different story of this Russia. Diana Kizhi, the 27-year-old Russian woman who is currently commanding a nuclear-capable icebreaker. Diana is currently the focus of discussion on social media as well as on every foreign news agency and news channel.

Kiji guiding the ship in the Arctic Sea

Watching the icebergs unfold through his telescope, Keiji shouts to the helmsman of his Russian ice-breaking ship, ’10 degrees to the left!’ This ship runs on nuclear power and is slowly moving towards the North Pole.

Keiji is only 27 years old and he is one of the three Chief Mate of the ship named ’50 years of victory’. Chief Mate means the officer responsible for the ship immediately after the captain. She decides which route her giant ship will take through the frozen waters of the Arctic Sea.

all the men in the ship’s crew

The keiji standing on the ship’s bridge is surrounded by screens showing information coming from dozens of sensors. One of these tells how thick the ice spread several kilometers away. Seeing a small white dot in the binoculars, Keiji immediately understands that there is a polar bear ahead.

Bridge’s crew is all men and many of them are much older than Keiji. Nevertheless, Keiji orders them to slow down the ship so that they do not obstruct the bear’s way of hunting. All the personnel obey his orders and the sound of breaking ice coming from under the ship starts to subside.

Keizi is the most senior woman in Russia’s growing nuclear icebreaker fleet. This fleet belongs to the state-run nuclear power company Rosatom. The Arctic is becoming more open due to climate change and Russia hopes that in such a situation this fleet will help it to dominate the region.

no debate just focus on work

There are nine more women on Keiji’s ship who work in the kitchen, medical services and cleaning services. The remaining 95 personnel working on the ship are all men and many of them said that they did not like taking orders from a woman.

Keiji doesn’t want to talk about discrimination. He should be the best in his work, that is his ultimate goal. The ship sails in the Arctic for four months at a time, and it is Keiji who determines its direction during four four-hour shifts in the morning and evening.

Like most workers, Keiji is also from another Russian city, St. Petersburg. It was his childhood dream to work in the sea. Initially she wanted to join the Russian Navy, but women are not able to take training at the Naval Institute in St. Petersburg.

Coincidentally, as soon as she completed her schooling, a course for women was started at a Maritime University in Merchant Shipping. Keiji said, ‘I took it as a sign. What is the use of knocking on a closed door when a new path opens in front of you.

dream of becoming captain of a ship

Shortly after passing out, he received an invitation to join an icebreaker fleet. He immediately fell in love with this offer. In the year 2018, she joined the crew of this ship, which is the first nuclear-powered ship of her life. She quickly moved up in the workforce.

So far, he has made dozens of rounds of the Arctic and has even reached the North Pole nine times. 45-year-old Dmitry Nikitin is one of his colleagues. He says that Keiji is setting an example. Meanwhile, Keiji is dreaming big. She says, ‘My goal is to become captain one day.’