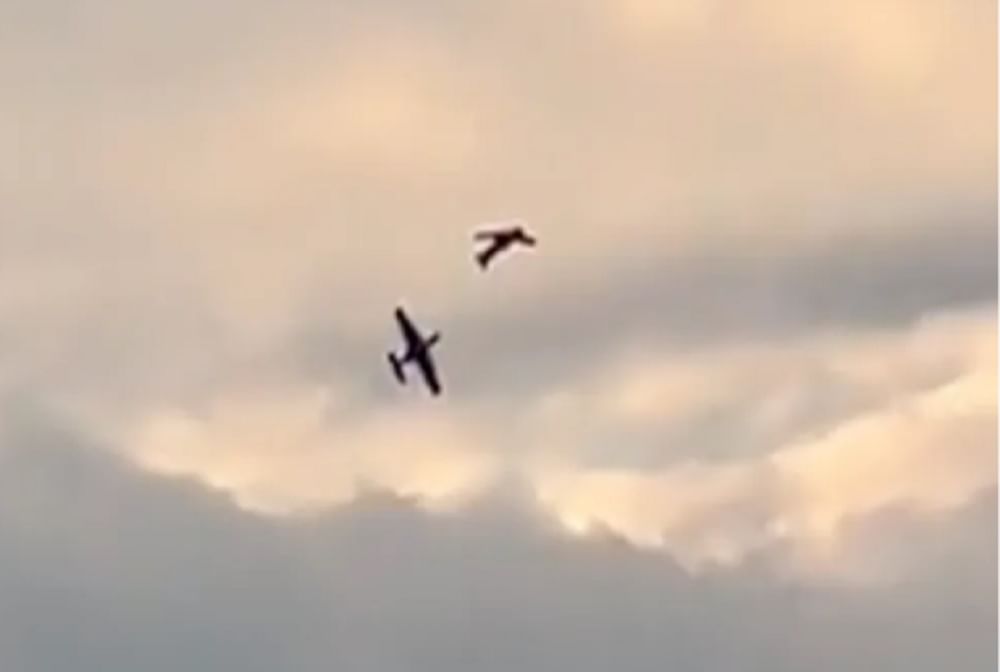 A heartwarming video has surfaced from Germany. In this video, two planes collided with each other while performing tricks in the sky. With this, both the planes became victims of the accident.

There was a fierce collision of two planes in the sky, see video

Germany A heartwarming video has surfaced from In this video, two aircraft are seen performing feats in the sky. After some time both the planes collided with each other. After the collision, both of them crashed and fell on the ground. Both the planes caught fire and they were completely burnt. At the same time, the pilots of both the planes also died. This dreadful accident is being told of Leumnitz Airfield in Gera, Germany. The incident happened on Saturday, the video of which is now becoming increasingly viral on social media.

death of both pilots

A fire brigade spokesperson confirmed the death of both the pilots. The name of one of the two pilots who died in this accident is Michael S. Michael’s age is 42 years. At the same time, the name of the second pilot is Dieter G. Dieter is 72 years old. Both the pilots won the World Championships in Vintage Aerobatics in the year 2019. According to media reports, both these pilots were taking a training for ‘Mirror Flight’. During this training, the planes fly parallel to each other.

The investigation into the plane crash has been taken over by experts from the Federal Institute for Aircraft Accident Investigation and the Gera Criminal Police. On the other hand, plane crash expert Norman Kreischmert told the outlet, ‘There is no evidence of a technical fault in the plane so far. Yes, we have seen signs of deformation in the wings of the aircraft, which indicate a massive collision.