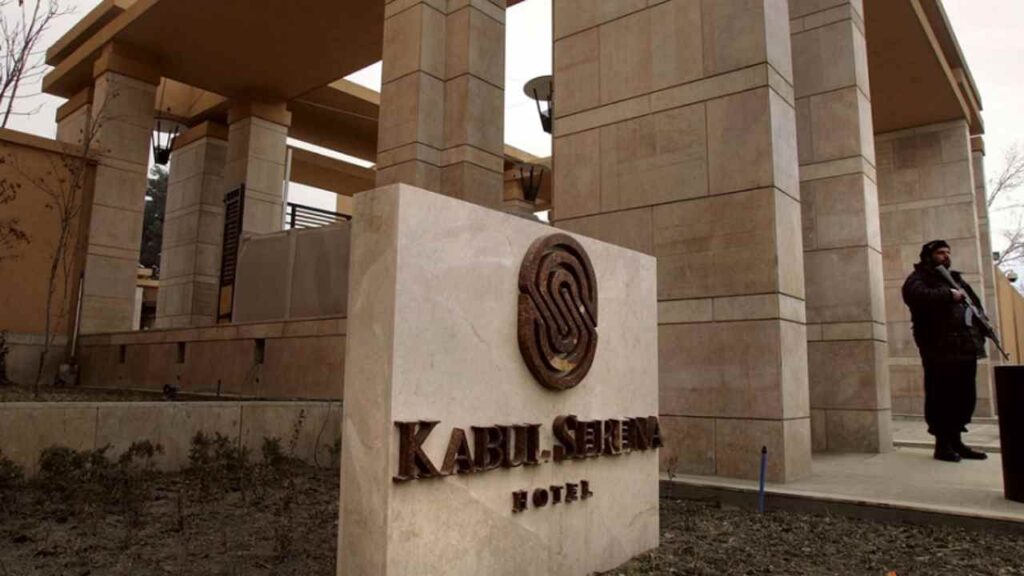 Terrorist attack has happened on this hotel twice.

Ever since the Taliban captured Kabul on August 15, the situation in Afghanistan is getting worse. Now the warning from America (US) and United Kingdom (UK) has also pointed towards the bad situation.

The US and Britain on Monday warned their citizens to stay away from hotels in Kabul, the capital of Afghanistan. It has been said from both the countries that citizens should stay away from the famous Serena Hotel in Kabul. Along with this, both countries have also advised to evacuate it immediately.

The US State Department has said that US citizens who are in or near the Serena Hotel should leave the place immediately, citing “continued security threats” in the area. The UK State Department also said in an update of its advice not to travel to Afghanistan that you (citizens) are advised to stay away from hotels, especially the Serena Hotel in Kabul, due to the increased risk. Serena Hotel is the most famous luxury hotel in Kabul. This hotel used to be the first choice of foreigners before the Taliban took over Kabul. The hotel has been attacked twice by terrorist.

Dangerous attack in the year 2014

In the year 2014, just before the presidential elections were about to be held in Afghanistan, there was an attack here. Four terrorists had managed to reach inside the hotel by hiding the pistol inside the socks. After this 9 people were killed in the firing. Journalists of the news agency AFP and their family members were also killed in the attack. The attack took place when the hotel had several levels of tight security. In the year 2008, 6 people died in the attack here.

The US has held a special meeting with the Taliban in Doha, Qatar. The talks with the Taliban were very frank and professional. America says that now any decision will be taken on Taliban’s action only and its words will not be trusted at all. During the meeting with the Taliban, the American delegation discussed security and terrorism, besides providing safe passage to American citizens. Also the safe and full participation of foreign nationals and Afghan citizens, human rights and women and girls in Afghan society were also the focus of this meeting.