US: Plane crashes in Maryland and gets stuck in electric tower, more than 90 thousand houses without electricity 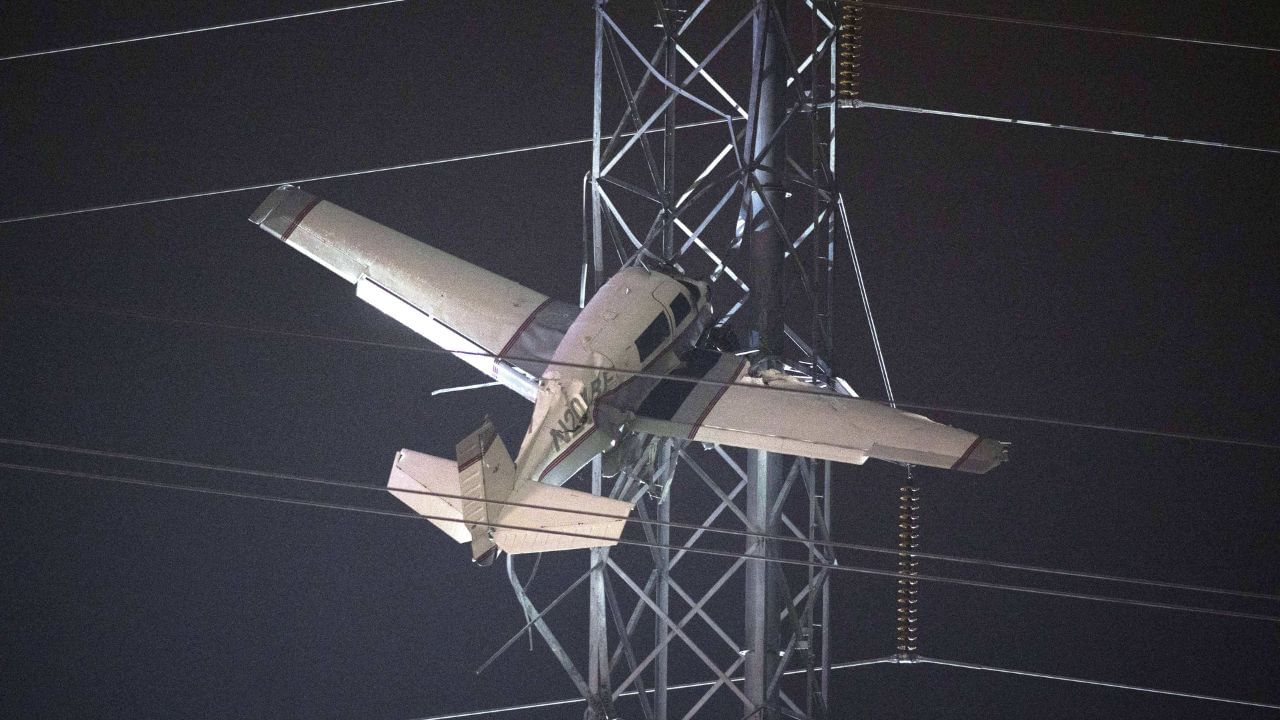 Pete Piringer, chief spokesman for the Montgomery County Fire and Rescue Service, said on Twitter that those on board were safe and rescuers were in contact.

A small plane crashed on Sunday in Maryland County, USA. Surprisingly, the plane crashed into the power tower and got stuck there. However, there was no harm to the two passengers aboard the plane in this accident. The officials have informed about this. Officials said that after the crash, the plane got stuck in the power tower, after which electricity had to be cut in the surrounding areas to remove it.

The Federal Aviation Administration (FAA) said in a statement that White Plains, N.Y. A single-engine plane that took off from Washington DC crashed into power lines near the Montgomery County Airpark in Gaithersburg at about 5:40 p.m. Sunday. The FAA said there were two people on board the plane. Pete Piringer, chief spokesman for the Montgomery County Fire and Rescue Service, said on Twitter that those on board were safe and rescuers were in contact. He said in a video message that there were three people on the plane but later clarified that there were two people.

power failure of many houses

The Maryland State Police identified the passengers as Patrick Merkley (65) of Washington and Jan Williams (66) of Louisiana. The FAA has identified the aircraft as a Mooney M20J. The cause of the accident is not yet clear. The FAA and the National Transportation Safety Board will investigate the incident. Officials said that due to the plane crash, power was cut to more than 90,000 homes and workplaces throughout Montgomery County.

The plane fell from a height on the power tower

The accident occurred near a commercial area due to the rainy season. However, the reason for this incident has not been known yet. An estimate indicates that the plane crashed from a very high altitude and fell on the power tower. It is a matter of honor that there was no casualty in this. Investigation is underway to find out what was the reason for the plane crash.