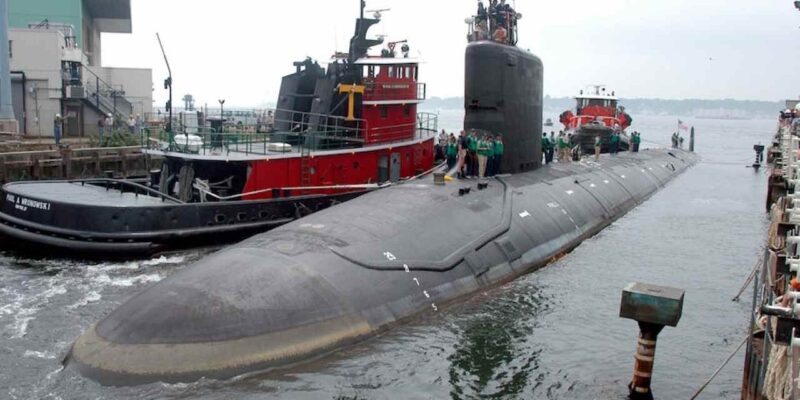 This engineer was associated with the US Navy since 2012.

A nuclear engineer of the US Navy, who has access to secret information, has been accused of trying to give information about the design of the country’s nuclear-rich submarines. He had given this information to a person assuming that he was a representative of a foreign government, but he turned out to be an FBI spy.

The name of this engineer is Jonathan Tobe. In a criminal complaint detailing espionage-related charges against Tobe, the government said it had nearly sold information last year to a man believing he was a representative of a foreign government. That country is not named in the court documents. Tobe, 42, was arrested Saturday from West Virginia along with his 45-year-old wife, Diana.

The US investigative agency FBI is investigating this case. The FBI says that Tobe sent a packet containing Navy documents to the foreign government in April 2020. Tobe has been associated with the US Navy since 2012. According to the US Justice Department, he has sold the country’s secrets to foreign powers. However, it is not mentioned in the court documents that Tobe sold the secrets to the representative of any country.

Tobe and his wife were arrested from West Virginia when he was keeping a removable memory card in a dead drop box in Jefferson County. Tobe and his wife Diana are residents of Annapolis, Maryland. The FBI has been told that Tobe sent Navy documents to the foreign government when the representative was told that he was interested in manuals, performance reports and other sensitive information related to sailing operations.

The secret relationship mentioned in the letter

Authorities say that Tobe also gave him information about how America pursues secret relations with any country. A letter was written on behalf of Tobe and told about this. He wrote in this letter, ‘I am sorry for this poor translation in your language. Please forward this letter to your Military Intelligence Agency. I hope this information will be of great use to your country. This is not a rumour. The address of Pittsburgh was written on this package and in December 2020 it was in the hands of the FBI. The letter was received by the FBI through the legal attache of the FBI located in another country.

Also read- What will Imran Khan do now? US Deputy Secretary of State said- ‘US downgraded relations with PAK’