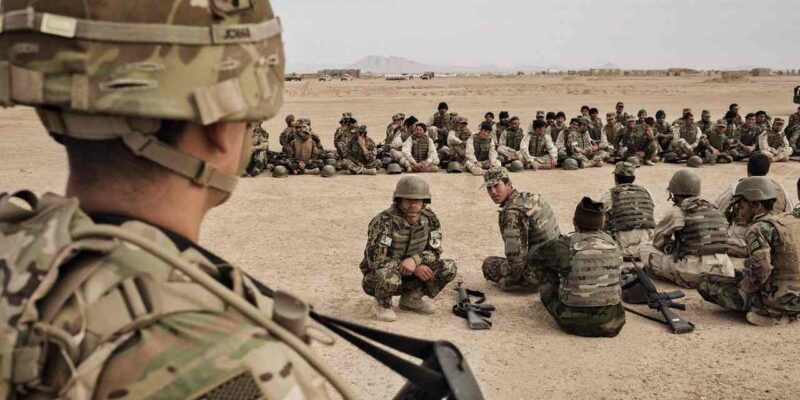 Najibullah is an accused in the 2008 attack.

45-year-old Taliban commander Haji Najibullah is currently in US custody. He is also accused of kidnapping an American journalist and two Afghan nationals. Najibullah was captured from Ukraine in October last year. After this Ukraine handed it over to America.

A statement has been issued by the US Justice Department on 7 October. “Haji Najibullah, who is already accused of kidnapping an American journalist in 2008, is being blamed for the attacks on members of the US military in Afghanistan,” it said. Three American soldiers and their Afghan translators were killed in this attack. The US Army helicopter also crashed in the attack.

First attack on Afghanistan on 7 October 2001

Haji Najibullah’s involvement in the killing of Americans has come on the occasion of the 20th anniversary of the US-led invasion of Afghanistan. The US invaded Afghanistan on 7 October 2001. The allegations pertain to attacks on US troops between 2007 and 2009. Haji Najibullah is an accused in an incident on June 26, 2008, when a US military convoy was attacked. Three soldiers were killed in the attack.

Another incident happened in October 2008. His fighters, led by Haji Najibullah, shot down a US military helicopter with a rocket launcher. The Taliban claimed at the time that everyone aboard the helicopter had been killed. However, US officials said no one was killed in the attack.

remained in jail in pakistan

The former Taliban commander has also been accused of being involved in the November 2008 kidnapping of an American journalist and two Afghan nationals who worked with him. The three hostages were taken across the border to Pakistan, where they spent the next seven months in captivity. A statement from the US Justice Department alleged that the kidnappers called the journalist’s wife and forced her to beg for his life at gunpoint.

“During one of the most dangerous periods of the conflict in Afghanistan, Haji Najibullah led a dangerous group of Taliban militants operating in parts of Afghanistan,” public prosecutor Audrey Strauss said in a statement. Haji Najibullah was arrested in October 2020 and deported from Ukraine to the US, where he is currently in prison.

Also read- America will investigate, has Ashraf Ghani really taken millions of dollars with him while leaving Afghanistan

Uttar Pradesh: Custom hiring center and grant on agricultural machinery, booking will be done on this day in your division