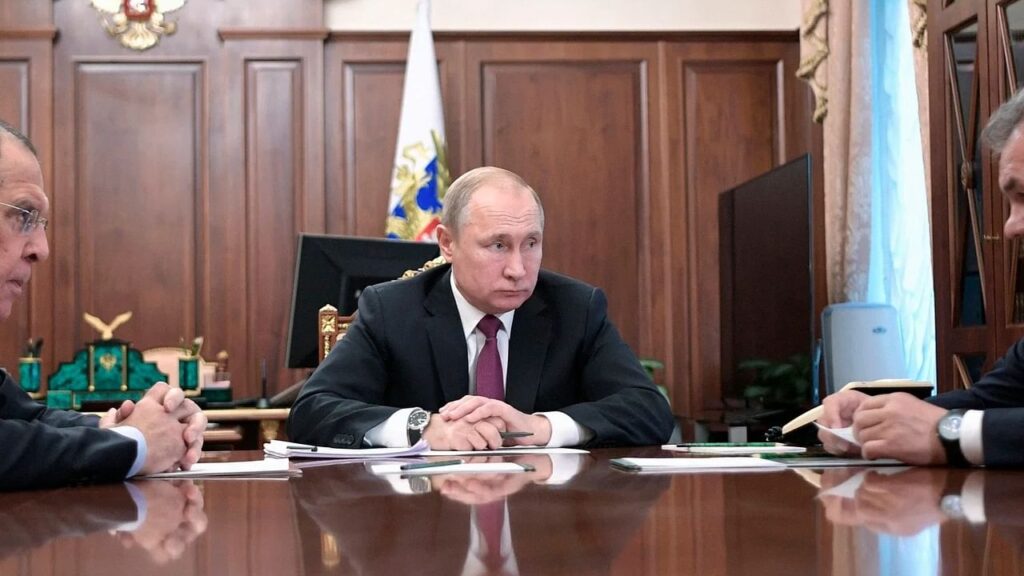 The latest sanctions are related to actions that the US and its allies this week targeted critical structures of Russia’s financial system, including sanctions against Moscow’s biggest financial institutions, it said in a statement.

Russia’s President Vladimir Putin taking an extraordinary step (Vladimir Putin) and Foreign Minister Sergei Lavrov (Sergey Lavrov) and put them in Ukraine (Ukraine) was held directly responsible for the unprovoked and unlawful attack. The US Treasury Department said in a statement that the latest US sanctions are related to actions that the US and its allies this week targeted critical structures of Russia’s financial system, including sanctions against Moscow’s biggest financial institutions. Was.

The US, along with its allies and allies, continues to forcefully respond to Russia’s unwarranted, unprovoked and pre-planned attack on Ukraine by imposing sanctions on Putin and Lavrov, according to a statement released on Friday. Sanctions have also been imposed on other members of Russia’s Security Council. It said Putin and Lavrov are directly responsible for Russia’s unprovoked and unlawful attack on the democratically sovereign country of Ukraine.

It is a very rare case for the Finance Department to ban the head of a country. “With this, President Putin has joined a small group of dictators such as Kim Jong Un of North Korea, President Alexander Lukashenka of Belarus and Syrian President Bashar al-Assad,” the statement said. Apart from this, the US also imposed sanctions on Russian Defense Minister Sergei Shoigu and the Chief of General Staff of the Russian Armed Forces, First Deputy Minister of Defense and Army General Valery Gerasimov. The Finance Department had earlier also imposed sanctions on 11 members of the Russian Security Council.

White House press secretary Jen Psaki told reporters at her regular news conference that President Joe Biden has formed a global coalition to stand up to Putin and his invasion of Ukraine. Finance Minister Janet L. Yellen said the US was ready to impose more sanctions on Russia for its horrific behavior on the world stage. Meanwhile, British Prime Minister Boris Johnson on Friday told leaders of North Atlantic Treaty Organization (NATO) member states that their country would soon direct Russian President Vladimir Putin and Foreign Minister Sergei Lavrov for Russia’s attack on Ukraine. will impose restrictions. The European Union said it would freeze Putin’s assets.