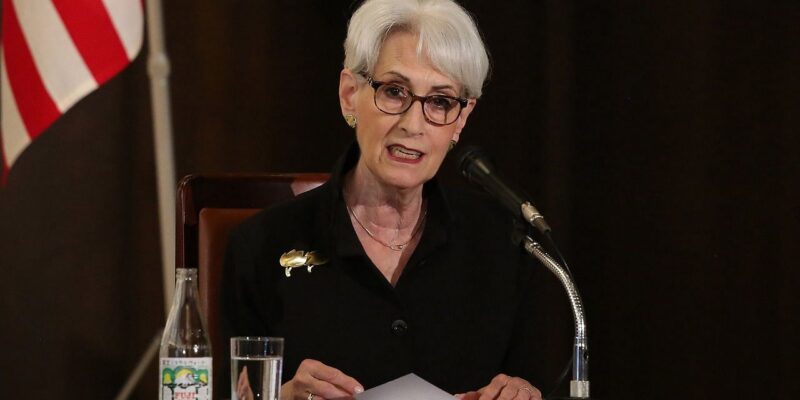 America’s Deputy Secretary of State Wendy Sherman will be visiting Pakistan on October 7-8. During this she will meet Pakistani officials.

A top US official on Friday asked Pakistan to take action against all the terrorist organizations present here. A US official has reprimanded him before his official visit to Islamabad. Actually, Pakistan is engaged in reconciliation with terrorists both here and in Afghanistan. Prime Minister Imran Khan himself has told that his government is in discussion with Tehreek-e-Taliban Pakistan.

Deputy Foreign Minister Wendy Sherman will meet officials in Pakistan on 7-8 October. “We want a strong partnership with Pakistan to counter terrorism,” Sherman said. We look forward to continuous action against all terrorists and terrorist groups without any discrimination. In Switzerland, the first leg of his visit, the US Deputy Secretary of State said, “Our two countries have been deeply affected by the crisis of terrorism and we look forward to cooperative steps to eliminate all regional and global terrorist threats.”

Pakistan, which supports terror, has told itself innocent

The US has long been accusing Pakistan of playing a double game in Afghanistan. On August 15, the Taliban has once again returned to Afghanistan. At the same time, Pakistan keeps trying to prove itself innocent. He says that he has taken action against the terrorists. Pakistan says that thousands of people have also died in terrorist attacks on its soil. However, the world is not sure of Pakistan’s claim and it has been constantly told that it should take strict action against terrorist organizations growing here.

Imran government is in discussion with Pakistani Taliban

Pakistan Prime Minister Imran Khan, a longtime critic of US military operations, said in an interview on Friday that his government has started talks with the Pakistani Taliban to lay down arms. In an interview to Turkey’s TRT World Television, Imran said, “Some Pakistani Taliban groups really want to talk to our government for peace and reconciliation.” He said that discussions are taking place with parts of Tehreek-e-Taliban Pakistan in Afghanistan.