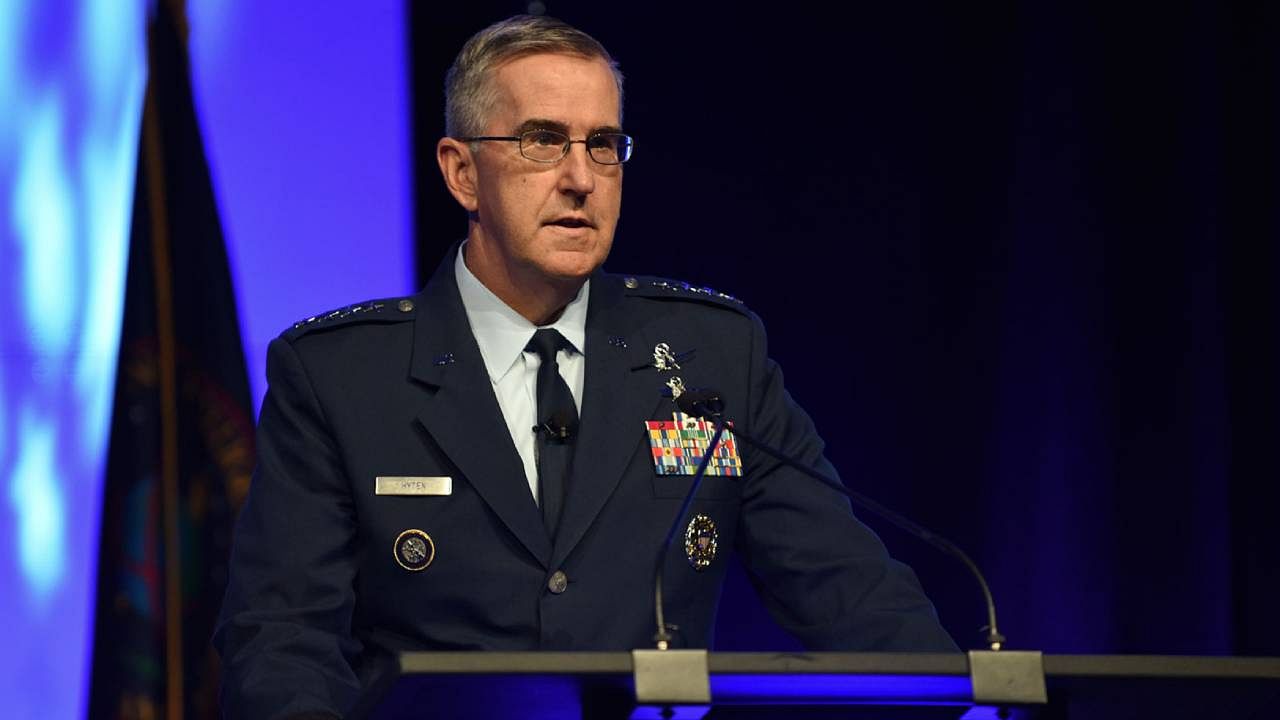 Speaking at an event organized by the Washington-based think-tank, General John warned that if any kind of war broke out with Russia and China, then the situation could get out of control.

General Hyton has 39 years of experience in the US Air Force.

Tension between America-Russia and America-China has been going on for more than a year. Any war between these powers armed with nuclear power can destroy the world. Where many senior military officers of America have accepted this fact in the past, now a warning has been given in this regard from an American general.

All three countries are such that they have many nuclear weapons. From rockets and missiles, these three have the power to launch all kinds of modern weapons. In such a situation, if the tension between them increases, then what will happen, it can only be guessed. US Vice Joint Chiefs of Staff General John E Hyton has made a big point while speaking at an event organized here at the Brookings Institution, which is a think-tank.

Speaking at an event organized by the Washington-based think-tank, General John warned that if any kind of war broke out with Russia and China, then the situation could get out of control. He said that America will definitely think with a cool mind to avoid any kind of conflict with Russia or China. In the words of General John, ‘We have never fought with the Soviet Union. As a superpower, it has always been our goal that we should never lead any kind of war with China and Russia.

No threat from Russia but…

General Highton further said, ‘Such incidents will destroy the world, as well as the global economy may also be in danger.’ If they believe, wars with these countries will be bad for anyone. In such a situation, it has to be ensured that America does not go out of its way.

However, he also said that after the collapse of the Soviet Union, Russia is no longer a threat to America. Apart from this, he has not forgotten to say that Russia’s forces are now modernizing their nuclear weapons arsenal and this thing is troubling for America.

He said that some progress has been made in the direction of normalizing relations between the two countries, but this is not enough. There is still a long way to go so that stability in the region remains. At the same time, the US government is worried that similar steps are not working with China. China’s nuclear treasure is now coming in front of everyone.

He said that Russia has increased its nuclear weapons only to a limit. But this is not the case with China and it is rapidly making every weapon, from submarine to inter-continental ballistic missile, which is equipped with nuclear capability.

Earlier in December 2020, Russia’s Deputy Foreign Minister blamed America. He said that the threat is being created not because of Russia but because of the policies of the White House. He said this in view of the deployment of American nuclear weapons stationed in Europe.

Also read- Donald Trump could have ordered an attack on China, the US general panicked, had to call the Chinese military general!

7 lakh looted at gunpoint from actress Nikita Rawal, locked herself in a cupboard for fear of rape