Threat of ‘world war’ in the world! Biden’s statement caused a stir, said- New World Order will be formed soon, command will be in the hands of US 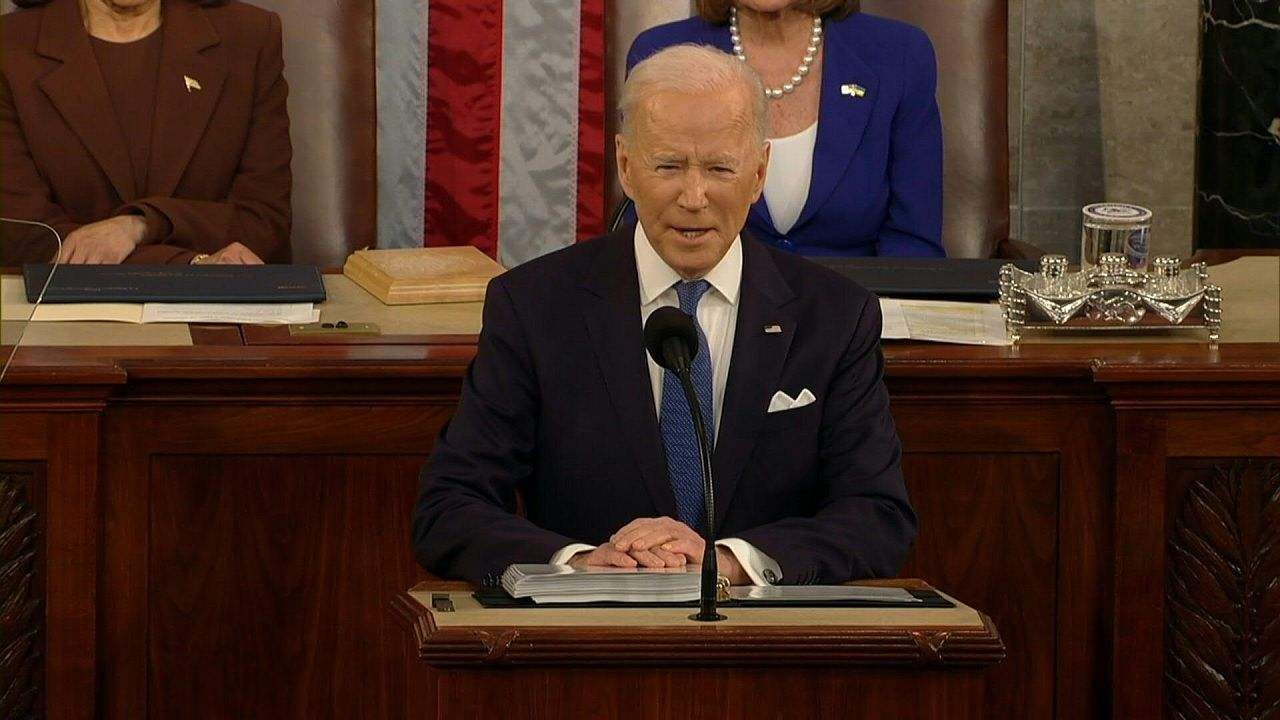 Russia Ukraine War: Some fellow countries have started retreating due to America’s attitude and there is a rift in the European Union.

Poland (PolandUS President Joe Biden before the tour (Joe Biden) has fueled the spark of World War even more. The 46th President of America has said that a New World Order is going to be formed very soon, which will be headed by America. For this America will have to unite all the free countries of the world. Biden is believed to have targeted Russian President Vladimir Putin by making this statement before his visit to Poland. America is now warning of coming into action directly regarding the Russia-Ukraine war. America can join this war on behalf of Ukraine. After which the world war can start.

Russian media claims that the ambition of US President Joe Biden to become a world leader can overwhelm the whole world. Some fellow countries have started retreating due to America’s attitude and there is a rift in the European Union. Hungary’s top diplomat Peter Schijrto has indicated that he may refuse to accept new sanctions imposed by the US on Russia, as it is likely to backfire. Hungary has also objected to the plan to declare Ukraine a no-fly zone and said that it could lead to a huge war.

Russia has intensified its attack on Ukraine after news of US President Joe Biden’s visit to Poland surfaced. Ukraine has claimed that Russia attacked a bus carrying children safely in Mariupol, injuring four children. Russia’s attack on the Donbass has intensified. The Russian army is constantly targeting the Ukraine force. Rocket Launcher is attacking. Meanwhile, videos are also coming out of Russia firing deadly Iskander missiles to capture Ukraine. However, when and where this missile was fired, it has not been confirmed.

There is also a threat of Russia’s chemical attack on Ukraine. The US has claimed that the Russian military is planning a dangerous chemical attack on Ukraine, which can cause massive destruction. At the same time, the Ukrainian military has warned the people of the country that the Russian army is no longer attacking military targets but everywhere, so people have to be more careful. Ukrainian President Volodymyr Zelensky has said that a 96-year-old man was also killed in a Russian attack. Who also survived Hitler’s Nazi concentration camp.

10 thousand soldiers of Russia killed in the war

The 27-day war has completely changed the picture of Ukraine. However, Russia is also paying a heavy price for the war. Russia itself has now admitted that about 10,000 of its soldiers have been killed in the Ukraine war so far and one and a half times its soldiers are injured. A pro Kremlin media released this data and it was removed shortly after. The newspaper claimed that its website was hacked. But it is believed that the claim made by Ukraine regarding the killing of Russian soldiers. It turns out right.

Before ordering the attack, Putin expected his forces to capture Kyiv in a few days. But Ukraine is facing fierce resistance and relentless counter-attacks from Russian troops. How are Ukrainian soldiers facing the Russian army? Its Ukrainian army released a video today. It is being claimed that a patrolling boat of Putin was patrolling in the Azov Sea, seeing that the Ukrainian army took the lead.

The Ukrainian army kept its eyes on the boat and as soon as it came close to it, it was attacked with 9M113 anti-tank guided missile. According to the Ukrainian army, the 9M113 patrol boat capable of shooting down enemy tanks also proved effective in targeting. The Russian army was seen towing its boat.

The people of Kherson city of Ukraine have started fighting directly with the Russian army. Russia has taken control of this city. But Putin’s army is finding it difficult to handle public protests. The Ukrainian government has released this video alleging that Putin’s slaves are committing atrocities in Kherson. Tear gas shells are being fired. Firing in the sky. Ukrainian President Zelensky has said that there is no need to wake up the people of Ukraine. Every Ukrainian is fighting in its place and Putin’s army is taking a beating.

Zelensky has bluntly asked NATO that NATO should clarify whether they are giving Ukraine a place in their alliance or not? The truth is that NATO countries are afraid of Russia. Ukraine’s Foreign Ministry has accused Russian President Vladimir Putin of kidnapping about 2,500 Ukrainian children from Donbass and Luhansk to Russia. The refugee crisis in Europe is also deepening due to the Ukraine war. The German foreign minister said the European Union should be prepared to give asylum to 8 million Ukrainian citizens. According to the UNHRC report, so far more than 10 million people have been shifted inside and outside the country as refugees.

Just before Biden’s visit, the European Commission has issued an advisory to the member countries. The European Commission fears that Putin may commit a nuclear misadventure during Biden’s tour of Europe. That is why the European Commission said that all countries should prepare themselves for the after-effects of a nuclear attack. It has also been done that one should also prepare himself to deal with the situation of bio attack and chemical attack. In the midst of all this, the work of building nuclear bunkers in different countries of Europe has intensified. In Britain, 650 old bunkers lying idle since the Second World War are being revived. From Italy to Belgium and from Germany to Finland, bunkers to protect against nuclear attack are being built.