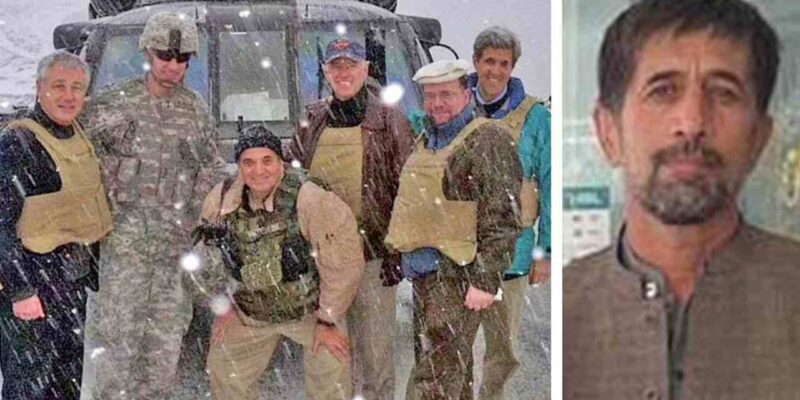 Khalili is a translator and has served with the US military.

The man who saved the life of US President Joe Biden in the year 2008 in Afghanistan, has now reached America safely. This man is a translator and at the time he saved Biden’s life, he was a senator.

According to American media reports, this person whose name is Aman Khalili has now left Afghanistan with his entire family. Let us tell you what was the accident in which Khalili saved Biden’s life.

what happened in the year 2008

The incident happened in 2008 when Biden was a senator when he visited Afghanistan with two other lawmakers Chuck Hagel and John Kerry. Khalili was associated with the US Army as a translator at that time. While Biden, Hagel and Carey were on a tour of Afghanistan, their helicopter was caught in an avalanche at the same time. Emergency landing of this helicopter was done.

It was a military helicopter and when it was landed in a deserted valley, Khalili left the Bagram airbase to save the lives of others including Biden. Khalili was part of the military rescue team that was sent to help US lawmakers.

When the Taliban captured Kabul on 15 August, Aman Khalili had to hide with his entire family. He first reached Pakistan and then went to Doha from Pakistan on a US government aircraft. Hundreds of refugees from Afghanistan are living here, who have been brought here by American officials.

Veteran said – the favor of peace had to be paid

Gathe told the Wall Street General, “Aman helped us keep me and the rest of the Americans safe while we were fighting in Afghanistan.” Now was our time when we could repay them. Gathe has described Khalili as the blessing of God.

Hello Mr President: Save us

Khalili had failed to get a US visa before the Taliban took Kabul. In August, while talking to the Wall Street General, he appealed to Biden in this way, ‘Hello Mr. President: Save my life and my family’. White House press secretary Jane Pesci then promised to help Khalili and her family.

Khalili and her family traveled for several days and on 5 October they finally got success in crossing the Pakistan border. Khalili told Wall Street General, ‘After driving for 144 hours night and day, and passing through several checkpoints, my family was very scared. But now it seems that I am in paradise. Khalili’s words were, ‘Afghanistan has now become hell.’ Many organizations are trying to rescue 75,000 people trapped in Afghanistan.

The body of a child who mysteriously disappeared 72 hours ago was found on the banks of the river, the third such case has come to light in Banda in the last three days.

Cruise Drug Case: Aryan Khan will have to spend one more night in jail, court defers hearing on bail plea