The leaders of France, Germany, Italy and Romania arrived in Ukraine, condemned Russian vandalism, said – will rebuild everything 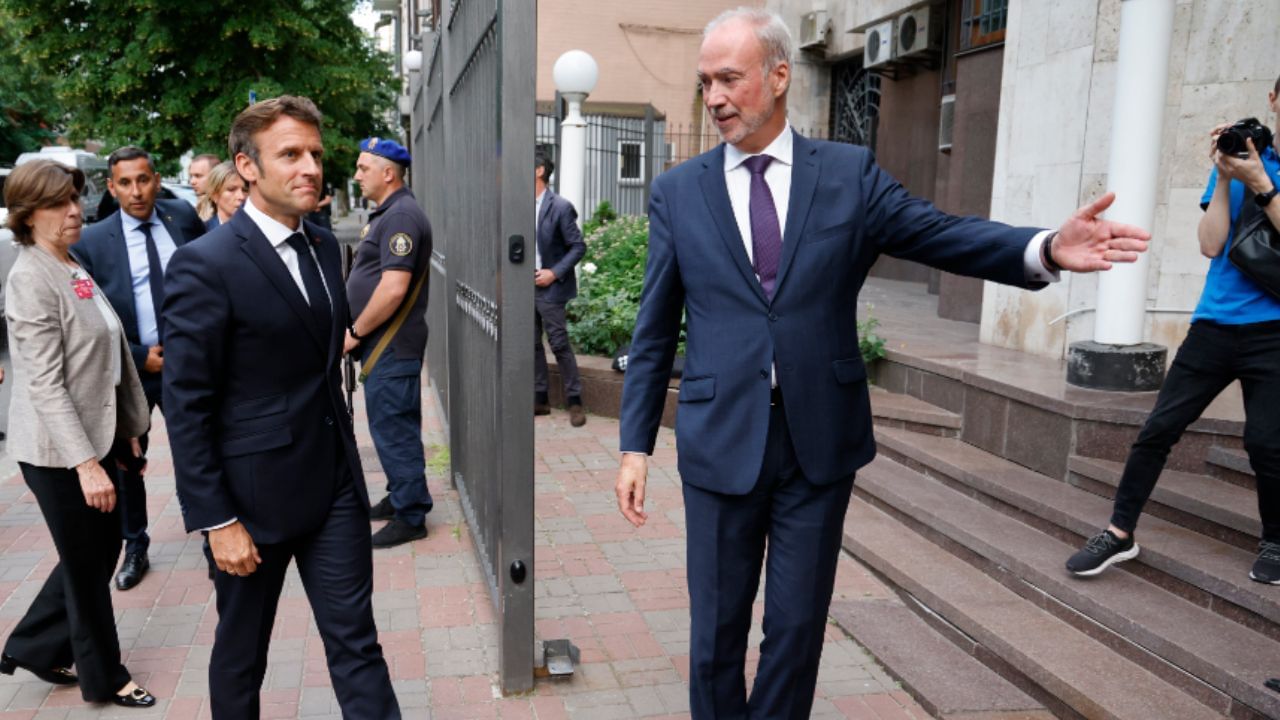 European Leaders in Ukraine: The leaders of four countries of Europe have traveled to Ukraine battling the war. They have condemned Russian brutality here and have spoken of helping Ukraine.

The leaders of France, Germany, Italy and Romania on ThursdayUkraine War) has traveled to a country ravaged by war as part of an effort to demonstrate collective European support to the people. At the same time, four EU leaders who visited Kyiv have supported Ukraine’s desire to join the union. Also French President Emmanuel Macron (French President Emmanuel Macron) has committed to providing more weapons to Ukraine. Macron said during the press conference, the leaders are doing everything they can so that Ukraine can decide its own future.

It is a high-profile visit by leaders of four powerful countries to the Ukrainian capital since Russia’s invasion of Ukraine. Condemning the brutality of the Russian offensive, the leaders visited the ruins of the Kyiv suburb, where many civilians were killed at the start of the war. The leaders turned to Irpin, which, along with other areas around the capital, had been occupied by Russian troops. Mass graves have been unearthed in this area, especially in Buka.

French President Emmanuel Macron condemned the massacre by the Russian military and said it indicated war crimes. He condemned the brutality of the attacks in Irpin, which have devastated the city. At the same time, he praised the courage of residents of Irpin and other cities in the Kyiv region, who prevented Russian forces from attacking the capital. Ukrainian President Volodymyr Zelensky attended a meeting with the leaders. On Thursday, NATO defense ministers met in Brussels to consider more military aid for Ukraine.

Residents of Ukraine have expressed hope that new avenues for the supply of weapons will open up after the leaders’ visit. Before the meeting with Zelensky, German Chancellor Olaf Scholz said the authorities should take into account the devastating scenes here in all their decisions. “Innocent civilians have been killed,” he said. The houses have been destroyed. An entire city has been destroyed, where there was no military infrastructure. “This aggression speaks volumes about the brutality of Russia’s war, which is only for destruction and conquest,” the chancellor said. We should take into account everything that we decide.


Italian leader Mario Draghi said supporters of Ukraine would rebuild “everything” with European help. Draghi said, ‘They destroyed the nursery, playgrounds. We will recreate everything. Macron, Scholz and Draghi, who represent Europe’s three largest economies, traveled to Kyiv together in a special train provided by the Ukrainian authorities. Romanian President Klaus Iohannes arrived by a different train.