Tension increased again in Pakistan, after the arrest of Fawad Chaudhary, sword hangs on Imran Khan 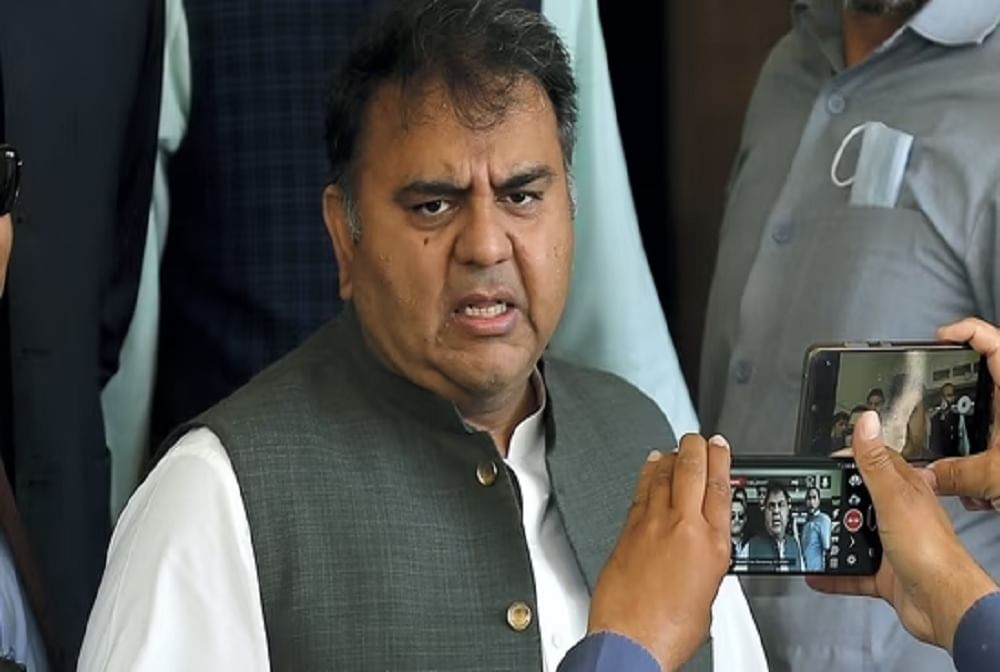 After the arrest of Fawad Chaudhary, political tension in Pakistan has further increased. The opposition under the leadership of Imran Khan is demanding mid-term elections. Please tell that the general elections in Pakistan are to be held in August.

in the midst of a severe economic crisis Pakistan The tension has increased once again. Pakistan Tehreek-e-Insaf (PTI) Senior party leader Fawad Chaudhary was arrested on Wednesday. A few hours earlier, Chaudhary had publicly condemned the government’s alleged plan to arrest party president Imran Khan. Fawad, a close aide of former prime minister Imran Khan, was booked at Kohsar police station on a complaint by the secretary of the Election Commission of Pakistan and was subsequently taken into custody from his residence in Lahore.

Party leader Farrukh Habib tweeted, ‘This imported government has gone mad. Some videos were also posted on the official Twitter account of the party in which police vehicles are visible and the party claimed that the police were arresting Chaudhary and taking him away. Chowdhary’s arrest comes amid speculation that the government may arrest PTI chairman and former prime minister Imran Khan. Following these speculations, a large number of party workers including Fawad had gathered at Khan’s Zaman Park residence in Lahore.

These prisons, bars, handcuffs will not be able to stop our way!#ReleaseFawadChaudhry pic.twitter.com/PWYrV4LVdE

Political tension in Pakistan has further increased after Chaudhary’s arrest where the opposition led by Imran Khan is demanding mid-term elections. General elections are to be held in Pakistan in August. However, Khan is demanding the holding of snap elections. Quoting Fawad’s brother Faisal Chaudhary, Dawn newspaper wrote, ‘He was taken from outside his house in a convoy of four cars at 5:30 am. There was no number plate on these vehicles. He said that the family has no information about where Fawad is being kept at this time. Faisal said, ‘We are not even being given any information about the FIR lodged against him.’

The FIR states that Fawad threatened the Election Commission in a speech outside Khan’s residence, saying, “those who join the caretaker government (in Punjab) will not be chased till they are punished”. Would have got it. Later, the Islamabad Police tweeted that Fawad tried to incite violence against a constitutional institution and incite public sentiments. The police said that the matter would be dealt with according to the law. (input from language)