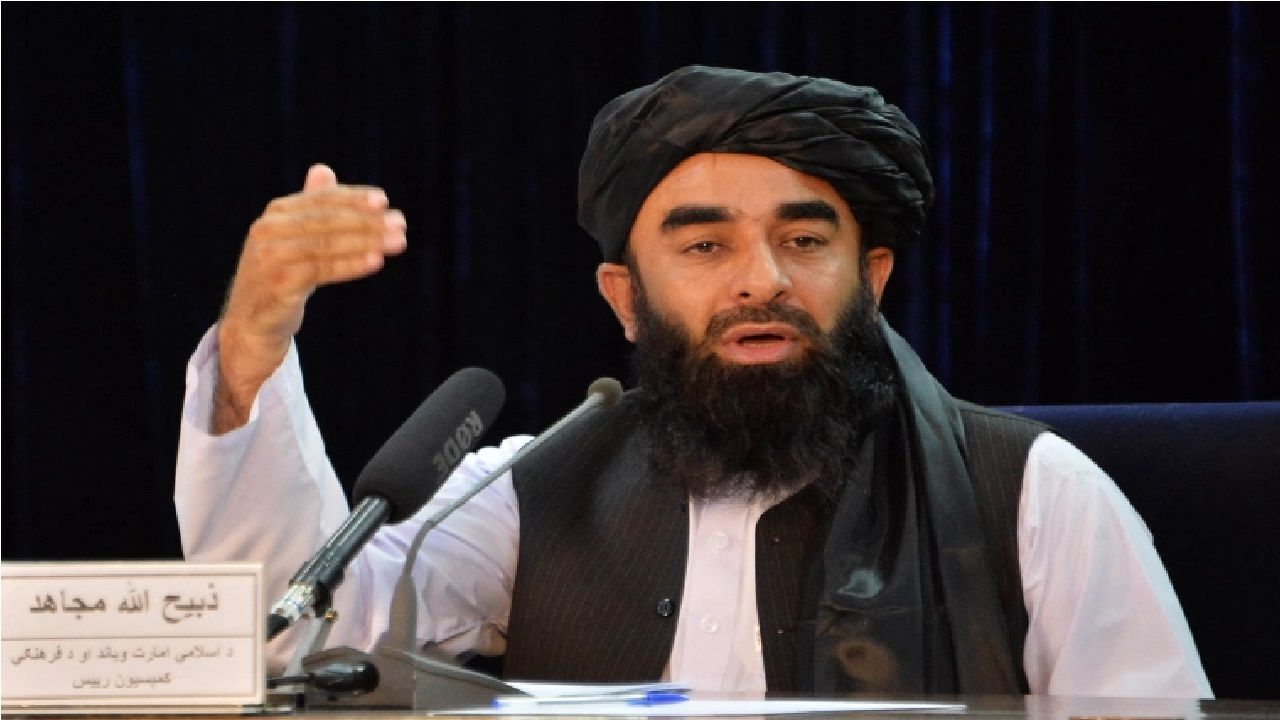 Zabiullah Mujahid also admitted that he studied at the Haqqaniya madrassa in Nowshera, northwest Pakistan, which is also known internationally as Taliban University or ‘Jihad University’.

After the announcement of the new government in Afghanistan, Taliban spokesman Zabiullah Mujahid has claimed in an interview that he was running his activities while living in Kabul for many years around the US and Afghan forces. Zabiullah Mujahid said, ‘I not only lived in Kabul, but also roamed freely in other parts of Afghanistan.’

Zabiullah Mujahid also admitted that he studied at the Haqqaniya madrassa in Nowshera, northwest Pakistan, which is also known internationally as Taliban University or ‘Jihad University’. Mujahid told The Express Tribune newspaper in an interview, ‘They (the US and the Afghan National Forces) thought I did not exist.’ The 43-year-old spokesman said, “I survived their raids and attempts to capture me so many times that they seriously believed that ‘Zabiullah’ was the name of a fictitious person. No real person by this name exists.

After the Talibani rule in Afghanistan, the era of decree started

Higher education minister in the Taliban government said on Sunday that women can study at all levels of university, including the post-graduate level. But classes should be divided on gender lines and wearing Islamic dress would be mandatory. Minister Abdul Baqi Haqqani presented the outline of these new policies in a press conference on Sunday. Just days before this, the new rulers of Afghanistan announced the formation of a full-fledged Taliban government, which does not include a single woman. The Taliban has also been criticized for this.

Minister Abdul Baki Haqqani said that female students of the university will have to wear hijab. But did not elaborate on whether it means wearing a scarf only on the head or it will also be mandatory to cover the face. The world is watching how the Taliban, which ran the government in the late 1990s, is going to be different this time. At that time girls and women were kept away from education. Also, he had no participation in public life. The Taliban has said that it has now changed. There has also been a change in them regarding women. However, recently there has been violence against women protesters.

Abdul Baqi Haqqani said, the Taliban does not want to return to the era of 20 years ago. He said, we are busy in building the country with the things present in today’s time. Gender discrimination will also be enforced. The minister said, we will not allow boys and girls to study together. We will not allow co-education. Haqqani said the subjects being taught at the university would also be reviewed, but did not elaborate. The Taliban follows strict Islamic rules and regulations. The Taliban also banned music and art during their reign in the late 1990s.