Taliban have changed only their partners, we are ready to deal with every challenge – said CDS General Bipin Rawat 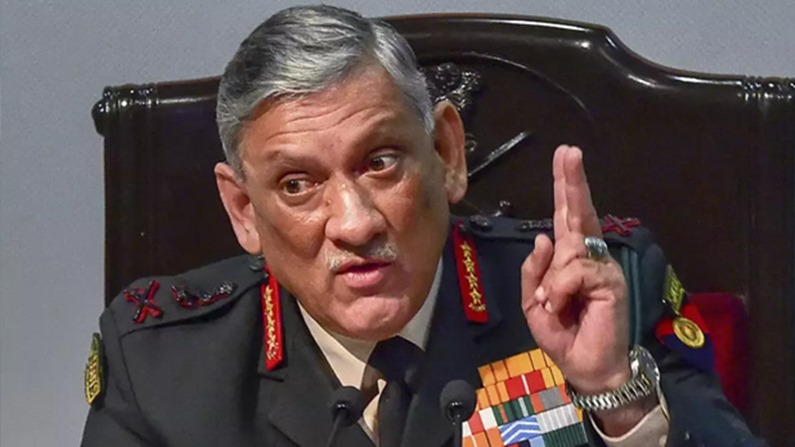 “I think coordination would be welcome when it comes to identifying terrorists or fighting a global war,” he said in the program “The India-US Partnership: Securing the Century”.

After the Taliban’s occupation of Afghanistan, the situation in the country is deteriorating. Many countries are coming together and trying to bring out the trapped citizens safely. Meanwhile, CDS General Bipin Rawat has said that he already had apprehensions of Taliban rule in Afghanistan.

It is the same Taliban, only its partners have changed, he said. We are ready to deal with any terrorist activity after the capture of Taliban. He said, “We were expecting it to happen after a few months but its timeline surprised us. This is the same Taliban as it was 20 years ago. We were concerned about how terrorist activity from Afghanistan could spread to India and to the extent that our contingency plan was in place and we are prepared for it.

“I think coordination would be welcome when it comes to identifying terrorists or fighting a global war,” he said in the program “The India-US Partnership: Securing the Century”.

Since the occupation of Afghanistan, Taliban fighters are seen with hi-tech weapons and army vehicles. These weapons include even air defense missile systems. Russian Defense Minister Sergei Shoigu said on Tuesday that the Taliban had captured hundreds of combat vehicles as well as several warplanes and helicopters. He expressed particular concern over the Taliban’s capture of more than 100 man-portable air defense missile systems.

The Taliban recently made fun of America by releasing a picture (Taliban Weapons and Equipment). Surprisingly, the terrorists were seen with US Army uniforms and rifles. The new government that the Taliban is forming also includes members of the Haqqani network. This is the same Haqqani network, which has once been India’s biggest enemy in Afghanistan and has also targeted the Indian embassy twice. Apart from this, the Taliban have links with other terrorist groups as well. Who keep very close to Pakistan. So in such a situation, they can use these weapons against India.

Some Afghan Sikhs and Hindus, looking to go to America and Canada instead of India, are confused by the delay in India’s campaign.