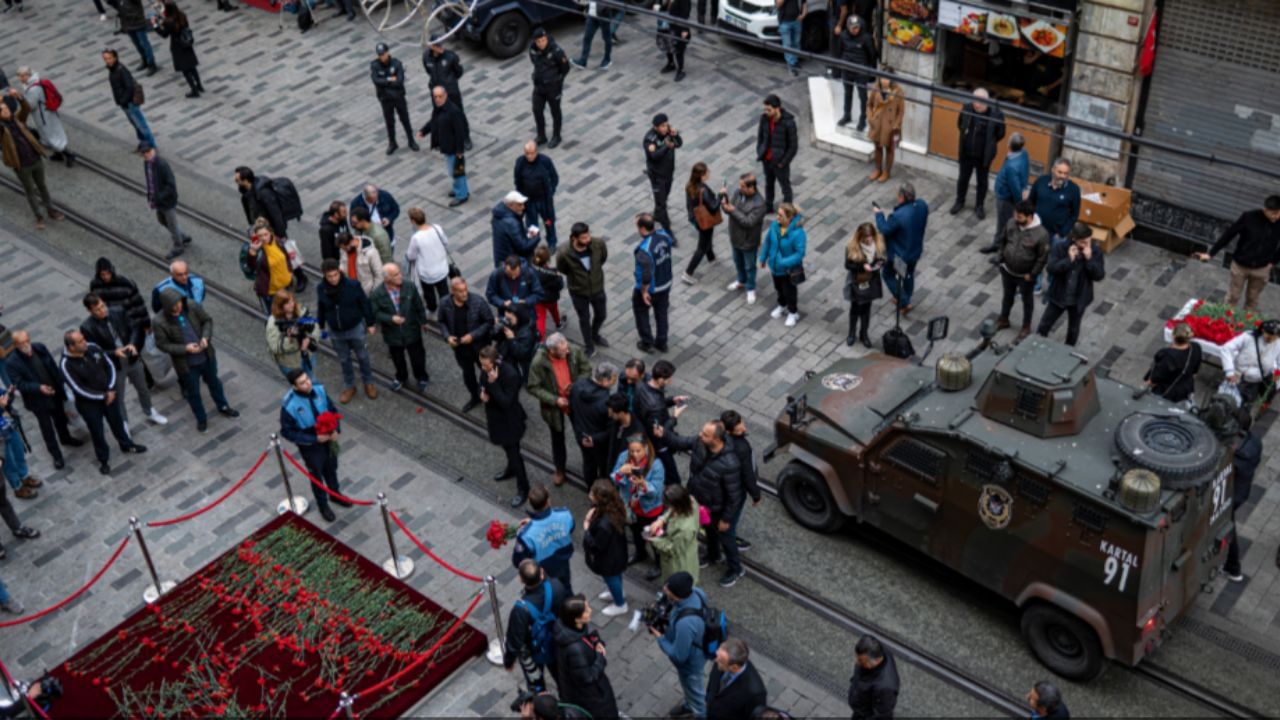 Interior Minister Suleiman Soylu said the arrested suspect was suspected of planting a bomb in the Istiklal Avenue area and preliminary investigations indicate Kurdish fighters may have been behind the horrific attack.

Syria behind the bombings in Istanbul.

The Turkish government has blamed Kurdish terrorists for the Istanbul bombings. The government said that the police have so far detained 22 suspects in the blast case. A woman is also involved in this, who is suspected of planting a bomb. The woman was arrested by the police from an apartment after an overnight raid. Interior Minister Suleiman Soylu said the Kurdistan Workers’ Party (PKK) and the Syrian Kurdish YPG militia, which Turkey considers a branch of the PKK, were responsible for the bombings. On Sunday, a massive explosion occurred in Istanbul’s popular Istiklal Avenue. Six people died in this incident. While more than 81 people were injured.

Turkish police have arrested the suspect of the blast incident. Suleiman Soylu said that the arrested suspect is suspected of planting the bomb in the Istiklal Avenue area and that preliminary investigations indicate that Kurdish fighters may be behind the horrific attack. Minister Soylu said that the evidence found so far points to the Kurdistan Workers’ Party (PKK) and its Syrian faction, the PYD. Soylu said that the order for the explosion was given in Kobani, while the bomber passed through Afrin. Both these cities are in northern Syria, where the Turkish army has launched operations against the YPG in recent years.

Video footage by Turkish news platform TRT showed a curly-haired woman wearing a purple jumper being brought to police headquarters. The police searched the entire apartment of the attacking woman to nab her and a dog was used for this. Police also recovered gold, money and ammunition from the apartment. At the same time, Turkish President Recep Tayyip Erdoan called the horrific bombing on Sunday’s popular Istiklal Avenue in Istanbul as a “disgusting attack”.

Before leaving for Indonesia on Sunday to attend the G20 summit, Erdoan said the blast was a treacherous attack and that its perpetrators would be punished. Erdoan also said that four people died at the scene and two in hospital. Significantly, there have been incidents of blasts in Turkey between 2015 and 2017, many of which were carried out by Islamic State and Kurdish groups.