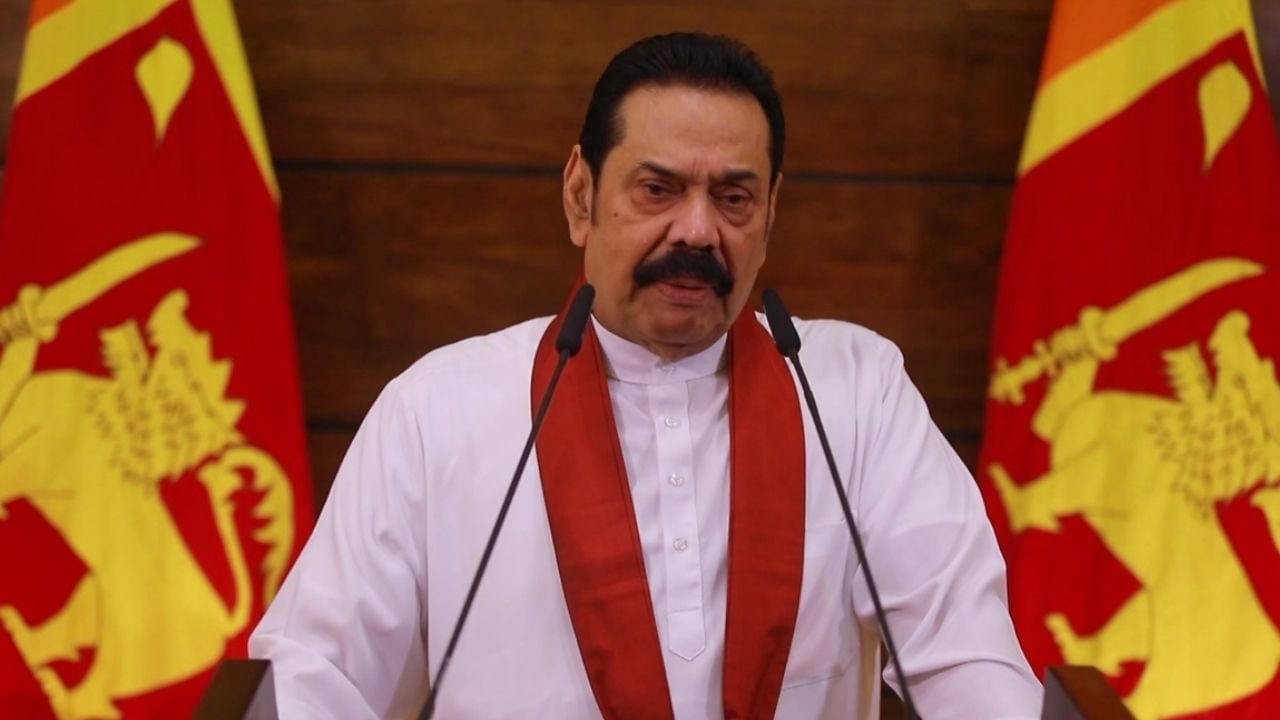 Sri Lankan Prime Minister Mahinda Rajapaksa (Sri Lanka PM Mahinda Rajapaksa) has resigned from his post on Monday. This information has been given by the news agency ANI quoting the local media. Shortly before this news came that Mahinda Rajapakse (Sri Lanka PM Resigns) have attacked anti-government protesters, injuring more than 20 people. Protesters had gathered outside his official residence and were demanding his resignation. Army was deployed to control the situation. There is pressure on the government to form an interim administration to deal with the economic crisis.

In the midst of fierce protests and violence, Mahinda Rajapaksa tweeted, “Emotions are on the boil. I urge our common people to exercise restraint and remember that violence only breeds violence. The economic crisis we are facing needs an economic solution, which this administration is committed to solving. He also told the supporters gathered outside his house that no one can stop him. Mahinda said, ‘I have become so used to seeing protests and agitations that no one can stop me. I have enough experience to face any situation.

Emergency imposed twice within a month

Earlier on Friday, in a special cabinet meeting, President Rajapaksa declared a state of emergency from midnight on Friday. This is the second time that a state of emergency has been declared in Sri Lanka in a span of almost a month. Sri Lanka is going through the most severe economic crisis ever since its independence from Britain in 1948. This crisis has arisen mainly because of the shortage of foreign exchange, which means that the country is unable to pay for the import of staple food items and fuel.

Protesters on the streets against the government

Thousands of protesters have been on the streets across Sri Lanka since April 9, as the government has run out of funds for imports. The prices of essential commodities are skyrocketing. People are facing many problems because of this. They also have to deal with power cuts for hours. He has blamed familyism for this crisis. Here the government has been dominated by the Rajapaksa family. Despite mounting pressure, President Rajapaksa and his brother and Prime Minister Mahinda Rajapaksa refused to step down. At present, the news of Mahinda Rajapaksa’s resignation has come.