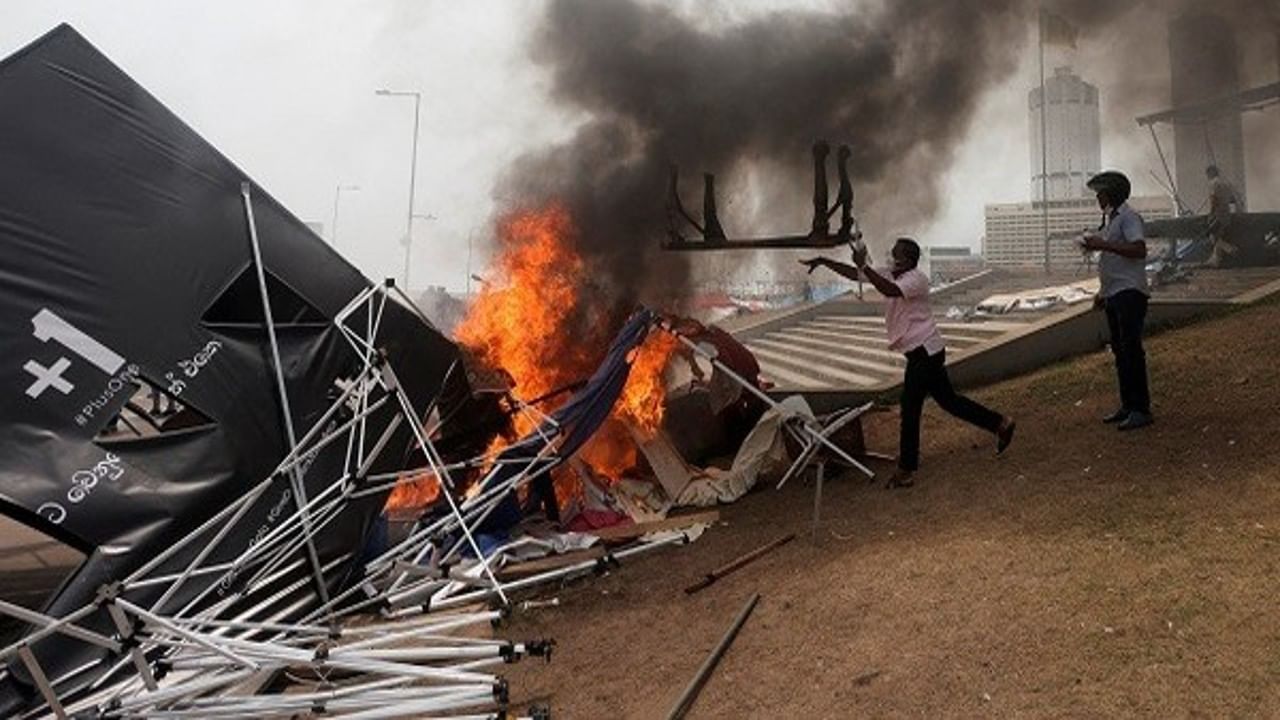 Violence in Sri Lanka on 9 May

Police in Sri Lanka have arrested 1,500 people on charges of violence. On May 9, a violent mob attacked anti-government protesters.

Sri Lanka (Sri LankaThe police have arrested 1,500 people in connection with the violence that took place on 9 May. According to a media report, 10 people died and 200 people were injured in this incident of violence between anti-government and pro-government protesters. Let us tell you that the economic crisis in Sri Lanka (Sri Lanka Economic CrisisDue to the situation there is acute shortage of food, fuel etc. On May 9, Mahinda Rajapakse (Mahinda RajapaksaAnti-government protesters demanding peacefully to remove ) were attacked by their supporters.

According to Sri Lanka’s police spokesman SSP Nihal Thalduwa, 1,500 people have been arrested in this case of violence. This news has been reported by the online portal. A police spokesman further said that 152 people have been arrested in the last 24 hours. On Saturday, the Criminal Investigation Department questioned Inspector General of Police Chandana D Vikramaratne for his alleged involvement in inciting the violence.

Tear gas shells were used to control the crowd

According to the report of the online portal Colombo Gazette, last week, Galle District MP Ramesh Pathirana told the Parliament that Deshbandhu Tinakoon, Senior Police DIG of Western Province, informed President Gotabaya Rajapaksa that Wickramaratne had directed that anti-government protesters be fired. The crowd moving towards Galle District should not be stopped to obstruct them. Pathirana further informed that the President ordered action to be taken to handle the situation. After the order, the police reached the spot and used tear gas shells and water cannons to control the crowd.

Many politicians are being questioned in the violence case

Notably, the CID had questioned three members of the ruling SLPP Parliamentary Group some time back for their alleged involvement in the violence. Two of his associates, who were arrested earlier, will be kept in custody till May 25. On Friday, former Prime Minister Mahinda Rajapaksa’s son Namal Rajapaksa was also called and his statement was recorded. At the same time, members of the ruling coalition accused the opposition party Janata Vimukthi Peramuna of instigating the May 9 violence. The allegation was rejected by the opposition party. Let us also tell you that the mob destroyed the tents and many other structures present in the Galle Face of Colombo. A furious mob attacked the protesters. Apart from this, arson was also done near the houses of politicians. The properties of about 78 government MPs were arson.


Sri Lanka is going through a period of economic crisis

It is worth noting that Sri Lanka is currently facing an economic crisis and is under the burden of debt. People are protesting against the government regarding this situation. After gaining independence from the British in 1948, Sri Lanka is going through the worst economic phase ever. There is a severe shortage of foreign exchange in this country with a population of 22 million. Therefore, the government does not have enough money to import food grains, fuel, etc.