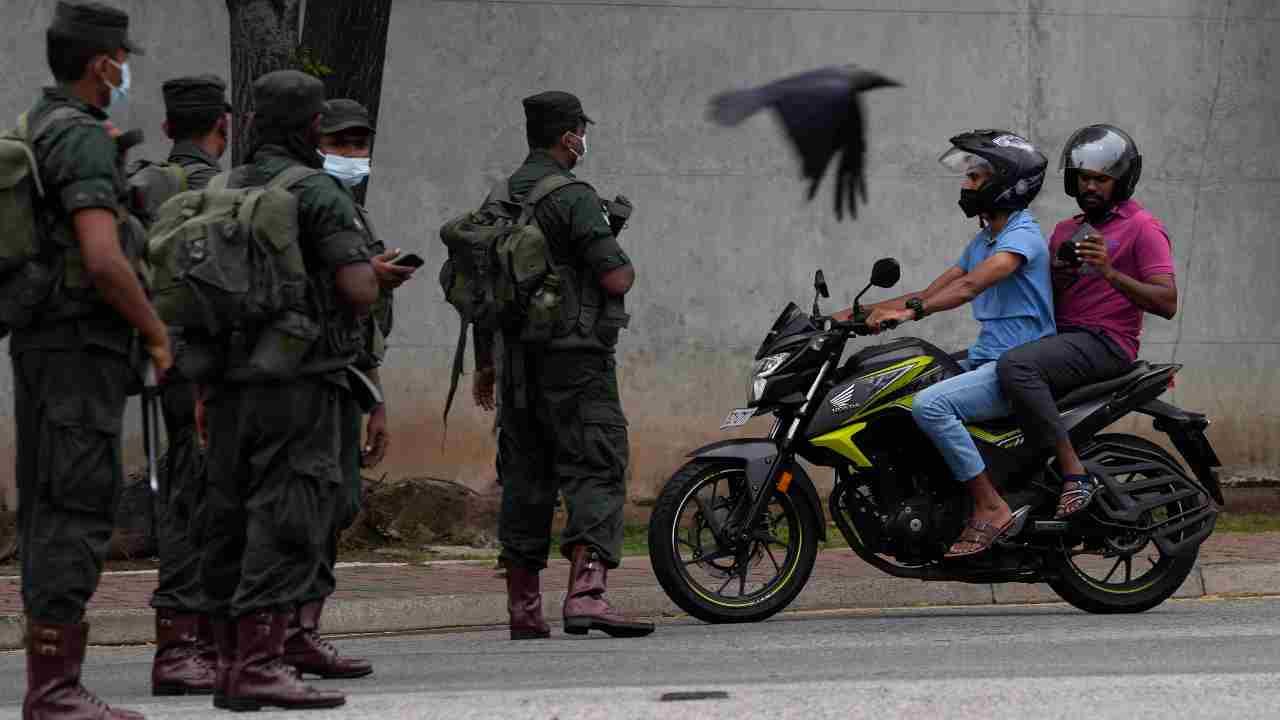 Mahinda Rajapaksa resigned from his post in Sri Lanka yesterday amid a dire economic crisis, but hours before that, his supporters attacked anti-government protesters, forcing authorities to deploy military forces in the capital. Nationwide curfew had to be announced.

Sri Lanka facing severe economic crisis (Sri lanka Crisis) for the troubles are not taking the name of ending. People have come out on the streets for the deplorable situation and Gotabaya Rajapakse (Gotabaya Rajapaksa) are protesting against the government. The death toll in clashes between pro-government supporters and opponents in Sri Lanka rose to eight on Tuesday, while more than 200 people were injured. So there the President imposed a national curfew (national curfew) has been extended till tomorrow Wednesday morning.

Sputnik, citing President Rajapaksa’s decree, said, “I instruct everyone that from 7 pm on May 9 to 7 in the morning of May 11, on any public roads, railways, public parks, public entertainment places or other public Do not use in areas or along the seashore.” The decision comes at a time when nationwide protests against the government have intensified in the last few days resulting in an increase in incidents of clashes.

8 killed in violence between anti-government and supporters

Violence has erupted in Sri Lanka after anti-government protesters were attacked by supporters of former Prime Minister Mahinda Rajapaksa, amid severe shortages of food, fuel and energy due to the economic crisis in India’s neighboring country. Sputnik, citing Sri Lankan media companies, said seven people were killed and 231 were injured in Monday’s clashes in Colombo, of whom 218 were hospitalised.

Mahinda Rajapaksa resigned from his post in Sri Lanka on Monday in the midst of a dire economic crisis, but hours before that, his supporters attacked anti-government protesters, prompting authorities to deploy military forces in the capital. And nationwide curfew had to be announced.

The President’s residence was also seen burning in the violence.

During this violence, houses of many leaders including Rajapaksa’s ancestral residence in Hambantota were set on fire. In the video footage, the residence of Mahinda Rajapaksa and his younger brother and President Gotabaya Rajapaksa is seen burning at Medamulana in Hambantota city.

Protesters also torched Mahinda Rajapaksa’s residence in Kurunegala and the mob also destroyed the DA Rajapaksa Memorial built in memory of Mahinda and Gotabaya’s father in Medamulana. The residence of AV Sarath Kumar (63), president of the Imaduva State Assembly, was attacked on Monday, following which he suffered a heart attack and died. One person died in an attack on a famous hotel in Negombo.

Sri Lanka Podujana Peramuna (SLPP) MP Amarkirthi Atukorala (57) and his Personal Security Officer (PSO) from Polonnarua district also died in the violence. Another 27-year-old man also died in the firing. Two people were killed in firing on Monday night at the residence of the President of Veeraketiya State Assembly. One person injured in the violence died in a hospital in Colombo.

The protesters attacked several properties of several ministers and MPs of the ruling coalition. Sri Lanka is going through the most severe economic crisis ever since its independence from Britain in 1948. This crisis arose mainly due to acute shortage of foreign exchange, due to which the country is unable to pay for the import of staple food items and fuel.

Thousands of protesters have been on the streets across Sri Lanka since April 9 last month, as the government ran out of funds for imports. The prices of essential commodities are skyrocketing.