Sri Lanka Crisis: Sri Lanka has only 5 days of fuel, hope for help from India, government will manage petrol and diesel 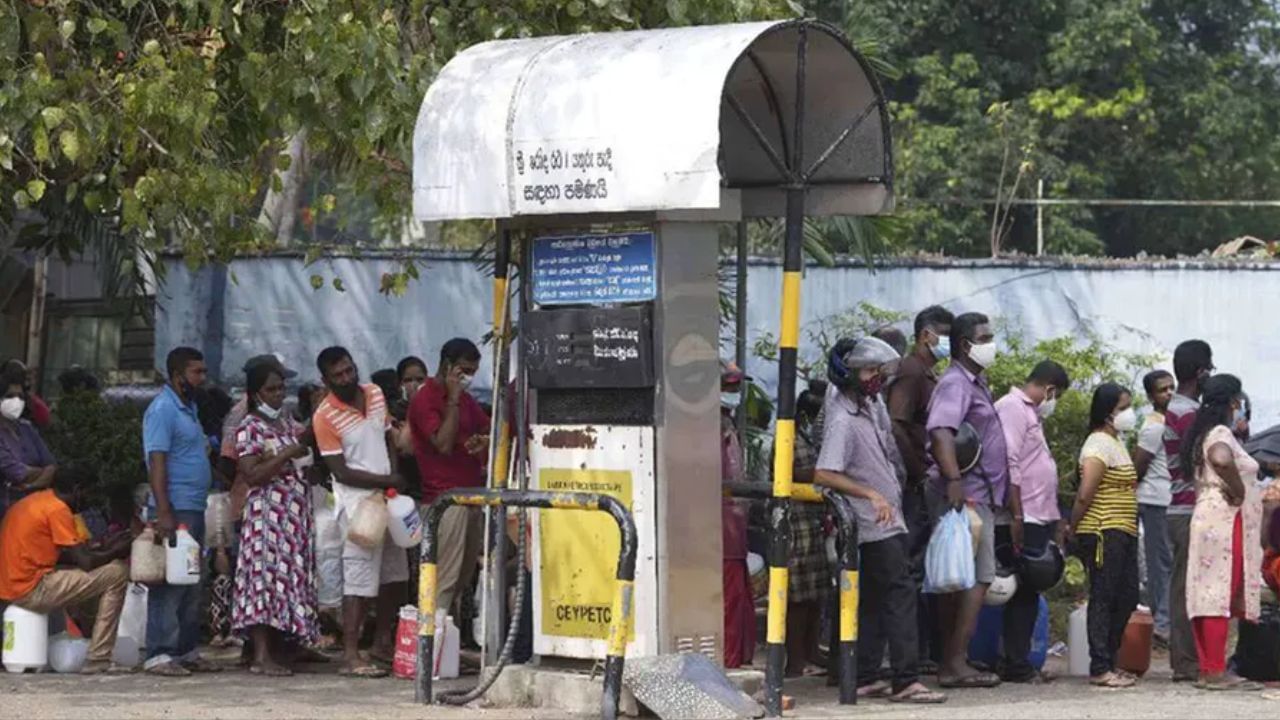 Sri Lanka Fuel Shortage: Sri Lanka, which is facing financial crisis, has only five more days of fuel left. Which will be managed by the government till June 21. A minister has given this information.

biggest economic crisis in historySri Lanka Economic CrisisSri Lanka has only five more days of fuel reserves left. The power and energy minister of the country has given this information on Thursday. The government is awaiting official confirmation of a new $500 million line of credit from the Indian government for the fuel. Sri Lanka, with a population of 21.9 million people, is facing the worst economic conditions in the 70s. The country’s foreign exchange reserves record (Sri Lanka Fuel Problem) has reached a low level. There are no dollars left for the export of essential goods like food, medicine and fuel.

Due to the continuous shortage of fuel in the country, this week also people have to stand in long queues at some gas stations across the country. Due to which protests were also seen in many places. In many places, people have been forced to wait overnight to get petrol and diesel in the car. Apart from vehicles, fuel is also needed for some industries and essential services. A month ago, the Prime Minister of Sri Lanka had said that only one day’s petrol is left in the country. Electricity and Energy Minister Kanchana Wijesekara said Sri Lanka was unable to pay $725 million to the suppliers. Also struggling with open letter of credit for future shipments.

Government will manage the existing stock

“We are struggling with fuel supply due to our foreign exchange issues and the government is working to manage the existing stock of petrol and diesel till June 21,” he said. We are finding it difficult to meet the demand and if we do not stop the ban on fuel for non-essential travel and its storage, the stock will run out fast. We are expecting to get petrol in the next three days and two more shipments in the next eight days. Sri Lanka is awaiting official confirmation from the Government of India’s Exim Bank on a line of credit of $500 million.


Wijesekara said it would be used to fund shipments of fuel for the next few weeks. India is coming forward to save Sri Lanka from this economic crisis. India has provided about $3 billion in aid to Sri Lanka, including $1 billion in credit and $400 million in swaps for import of essential commodities.

Mutual Fund: From January 27 in the domestic stock market, the settlement of deals in…

Due to an act of parrot, the doctor was injured and he taught the owner…

Bihar Board 12th Class Exam 2023 is starting from today, 1 February. BSEB Board has…

The history of income tax slabs in the country is no less unique. A shocking…