Sri Lanka Crisis: Mahinda Rajapaksa appeared in Parliament for the first time after resigning from the post of PM, the country is constantly struggling with the shortage of petrol and electricity 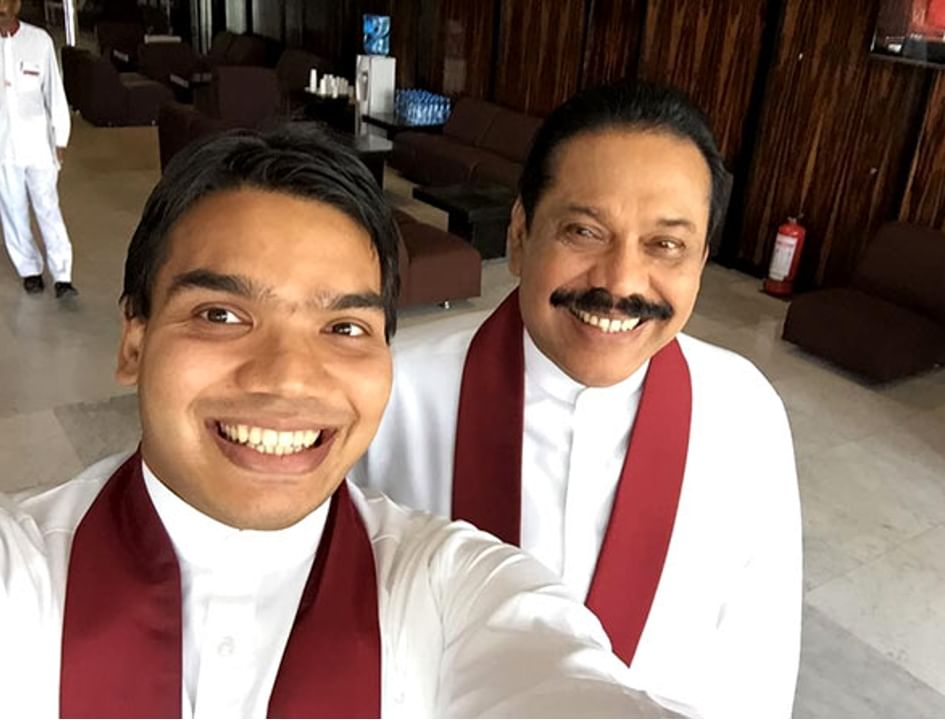 The residence of 76-year-old Mahinda Rajapaksa, the country’s three-time prime minister, was torched last week and he, along with his wife and family, had to leave his official residence ‘Temple Trees’ and take shelter in a naval base in Trincomalee.

Mahinda Rajapaksa after resigning from the prime minister last week in Sri Lanka and taking refuge at a naval base with familyMahinda Rajapaksa) appeared in Parliament for the first time on Wednesday. The residence of 76-year-old Mahinda Rajapaksa, the country’s three-time prime minister, was torched last week and he, along with his wife and family, had to leave his official residence ‘Temple Trees’ and take shelter in a naval base in Trincomalee. Let us tell you that the worst economic crisis in Sri Lanka (Sri Lanka CrisisDue to this, there are large-scale demonstrations and the Rajapaksa family is being held responsible for this crisis.

Shortly after the resignation of Mahinda Rajapaksa as prime minister, his supporters attacked anti-government protesters, prompting a nationwide curfew and the military to call in the capital. The attack on anti-government protesters was followed by massive violence. At least nine people died in this and more than 200 people had to be hospitalized.

News First newspaper has reported that Mahinda Rajapaksa appeared in Parliament today after this entire incident. He is a member of parliament. His son and former cabinet minister Namal Rajapaksa also attended the Parliament session. The father-son duo were absent from Parliament on Tuesday when a motion to suspend standing orders was taken for debate on a resolution expressing displeasure with President Gotabaya Rajapaksa, according to reports. It had fallen on offer.

The country got $160 million in aid from the World Bank

Sri Lankan Prime Minister Ranil Wickremesinghe said in parliament on Wednesday that the country has received $160 million in aid from the World Bank. He said that in view of the shortage of fuel and gas in the country due to the economic crisis and the ongoing protests against it, the possibility of using some part of this financial assistance to buy fuel is being explored.

Petrol shortage continues in the country

Wickremesinghe, while addressing the nation on Monday, said that two more consignments of petrol under the loan from India are going to arrive this week and by May 29. Protesters also blocked several roads here on Wednesday in protest against the lack of fuel and gas. According to PM Ranil, out of all the electricity supplied in the country, one fourth of the electricity is generated through oil. The country is already facing a shortage of oil, so the daily power cut has increased to 15 hours. He said that if oil is not supplied on time and this crisis will deepen further.