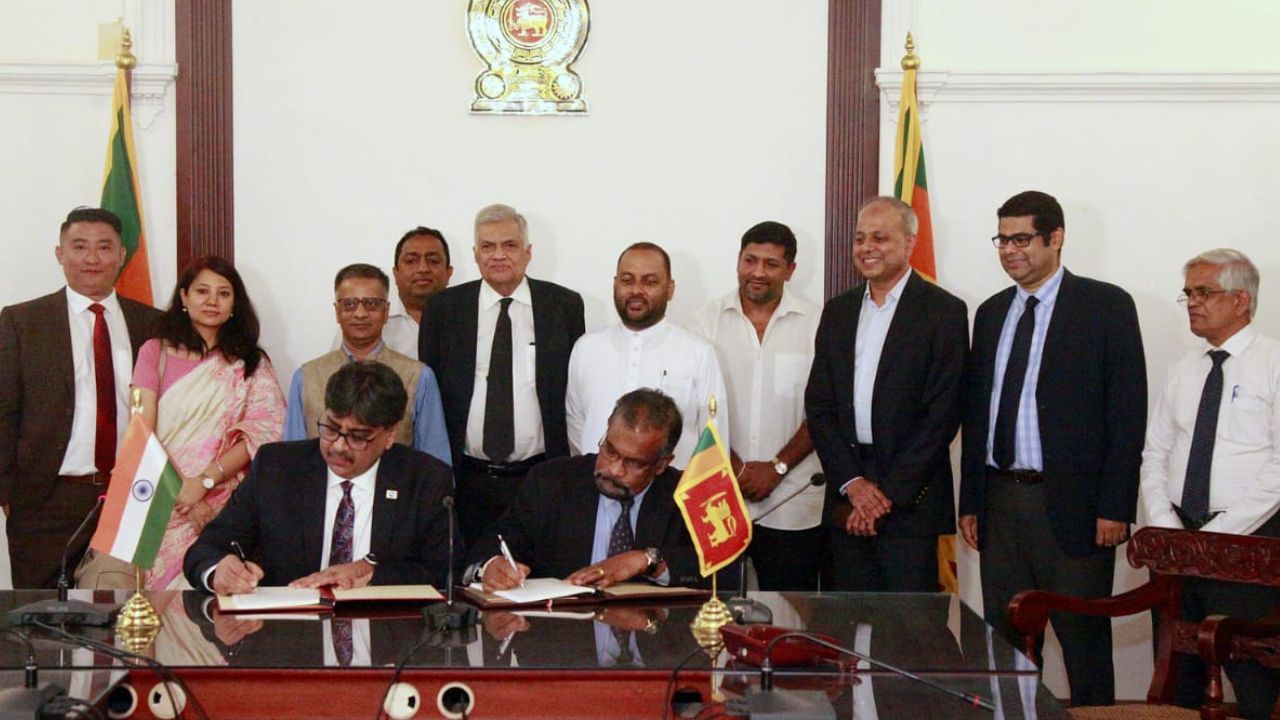 Indian High Commissioner Gopal Baglay said that the speedy finalization of the ‘credit line’ is a testimony to the importance the Government of India attaches to the welfare of the citizens of Sri Lanka.

Sri Lanka facing economic crisisSri Lanka Economic Crisis) that India has once again helped. India has supplied fertilizers to the southern country.Urea Fertilizer) has extended the loan period of USD 55 million given for imports. Sri Lanka is currently going through its worst economic crisis ever. Due to this, the risk of shortage of food items has arisen in the country. Sri Lanka has asked India (India) to buy urea amid the deepening economic crisis in the country.India) to give a loan of $ 55 million. In view of this appeal of Sri Lanka, India gave him a ‘line of credit’ of US $ 55 million (about Rs 425 crore).Line of Credit) has decided to give.

India has extended this credit line in response to the appeal of the Government of Sri Lanka. The Indian High Commission said in a statement, “LoC agreement was signed between Export-Import Bank of India and Government of Sri Lanka (June 10) in Colombo. During this, Sri Lankan Prime Minister Ranil Wickremesinghe, Agriculture Minister Mahinda Amaraweera and India’s High Commissioner Gopal Baglay were present. Senior officials of Sri Lanka and India were also present during the signing of the agreement. According to Exim Bank, this loan was given to Sri Lanka for the purchase of urea.

PM Wickremesinghe expressed his gratitude to the Government of India

Exim Bank said in a press release on Friday that with this agreement, the bank has provided 11 loan facilities to Sri Lanka on behalf of the Government of India. Under this, a total loan facility of $ 2.73 billion has been given so far. According to the bank, these credit facilities have been given to Sri Lanka for the supply of petroleum products, railways, defense and infrastructure projects. During the signing of the agreement, PM Ranil Wickremesinghe thanked the Government of India for providing timely assistance.

At the same time, the Indian High Commissioner said that the speedy finalization of the ‘credit line’ is a testimony to the importance that the Government of India attaches to the welfare of the citizens of Sri Lanka. Meanwhile, Prime Minister Ranil Wickremesinghe has said that Sri Lanka will create a financial security fund of 200 billion rupees to provide social security support to those in need. He has made this announcement in the midst of the very poor economy of the country. Wickremesinghe, who is also handling the finance ministry, said, “The government is making every effort to mitigate the impact of the economic crisis by providing financial and logistics support.”