Sri Lanka Crisis: Emergency imposed again in Sri Lanka within 40 days, Canada said – beyond comprehension, why it was imposed again 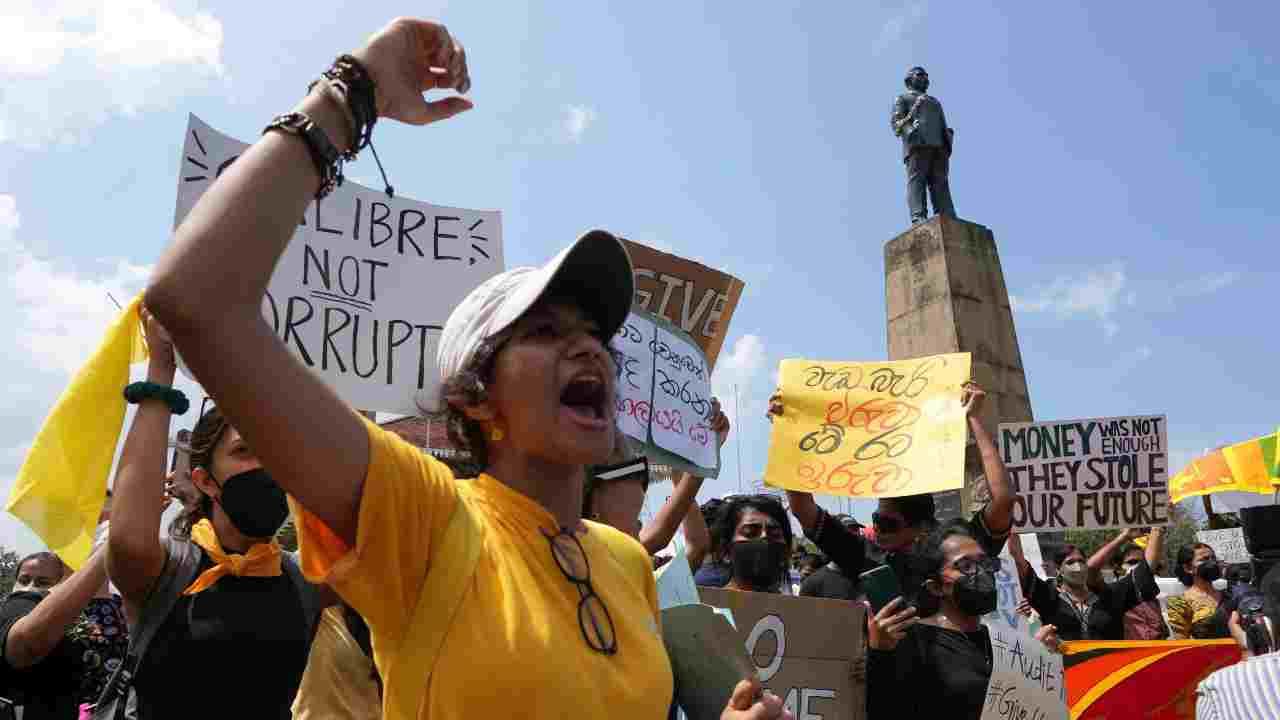 Expressing surprise at the government’s decision, Canadian High Commissioner David McKinnon said: “The protests across Sri Lanka in the past few weeks have given a large number of citizens the opportunity to make full use of their freedom of expression. The credit goes to democracy. goes.”

Sri Lanka going through its worst phase after independence (Sri lanka CrisisThe state of political instability has persisted for a long time. Gotabaya Rajapakse for the opposition crisis situationGotabaya Rajapaksa) and demanding his resignation, while the government has declared Emergency (for the second time in a month) ignoring the performance of the people and the opposition.state of emergency) has been installed. Many countries including America and Canada have expressed surprise about the decision of emergency. Canada’s high commissioner says it is incomprehensible why it is necessary to declare a state of emergency.

President Gotabaya Rajapaksa, who has been deeply embroiled in a political crisis in Sri Lanka, declared a state of emergency for the second time in a month from midnight on Friday. With the imposition of emergency again in the country, the security forces have got immense power to suppress peaceful protests. Due to this decision, the Rajapaksa government has to face criticism from not only the country but also the foreign ambassadors.

Why was the emergency imposed again: Canada

Expressing surprise at this unexpected decision by the Rajapaksa government, Canada’s High Commissioner to Colombo, David McKinnon, tweeted: “During the protests across Sri Lanka over the past few weeks, a large number of citizens have had the opportunity to make full use of their freedom of expression. And the credit goes to democracy.” Questioning the government’s decision, he said, “It is incomprehensible why it is necessary to declare emergency.”

Similarly, US Ambassador Julie Chung also expressed concern over the decision and said that she is worried about the declaration of emergency once again. The voices of peace loving citizens need to be heard.

Many top organizations of the country also expressed concern

Rajapaksa, who is facing financial crisis, had declared a state of emergency on April 1 last month after massive protests in front of his private residence. However, after strong protests, he canceled it on 5 April. Since April 9, the protesters have been living in ‘Gota Go Home Gama’ or ‘Gotabaya Go Home Village’ near the President’s Secretariat and since April 26 in ‘Myna Go Home Village’ or ‘Mahinda Go Home Village’.

The government’s decision has been criticized by Sri Lanka’s human rights body, the main body of advocates, the opposition and even some members of the diplomatic community. The Sri Lankan Human Rights Commission said it was deeply concerned about the declaration of emergency. The commission issued a statement against the decision, saying, “We request the government to explain to the public the reasons for this announcement, as the protest has been largely peaceful and within the limits of law.”

Sajith Premdas, leader of the main opposition party Samagi Jan Balvegya, also questioned the move and demanded the President’s resignation. On the other hand, The Bar Association of Sri Lanka (BASL) also said that it is seriously concerned about the declaration of emergency by the President.

Apart from the imposition of emergency, pressure has increased on Prime Minister Mahinda Rajapaksa to resign once again. Rajapaksa was again pressured to resign at a special cabinet meeting held before the imposition of emergency by his younger brother and President Gotabaya. However, Rajapaksa has repeatedly denied the resignation. A source said, “During the cabinet meeting, some suggested that the prime minister should resign. The President (Gotabaya Rajapaksa) wants an end to the political crisis with the resignation of the Prime Minister.”