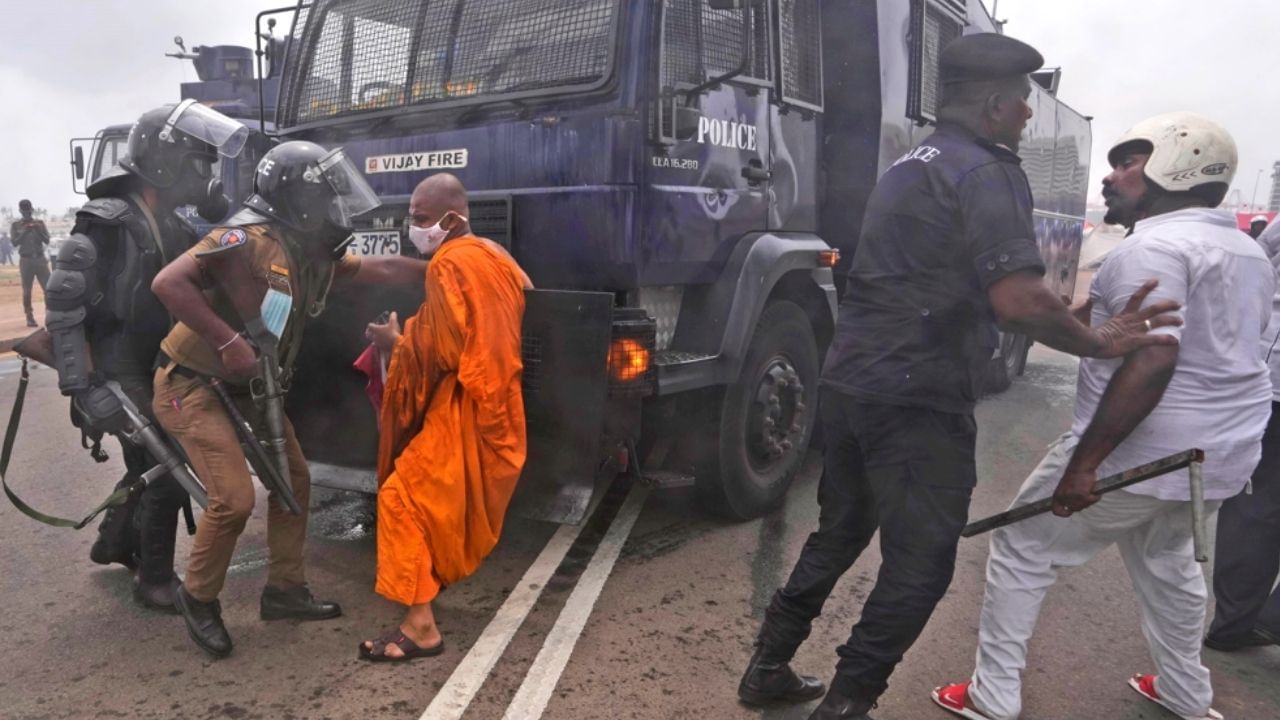 Sri Lanka Crisis: The violence in Sri Lanka over the economic crisis has intensified after the resignation of Prime Minister Mahinda Rajapaksa today. Violent clashes broke out between government supporters and opponents.

Sri Lanka (Violence in Sri LankaOn Monday, an MP of the Rajapaksa brothers’ ruling party and two others were killed in clashes between government supporters and opponents. The Sri Lanka Podujana Peramuna (SLPP) MP Amarakirthi Atukorala (57) from Polonnarua district was arrested by an anti-government group, police said.Sri Lanka Protests) had besieged the western city of Nittambua. At the same time, people claim that the MP’s car was shot and when the angry mob pulled him out of the car, he fled and took shelter in a building. People say that the MP himself committed suicide by shooting himself with his revolver.

Police said the building was surrounded by thousands of people and later the MP and his personal security officer (PSO) were found dead. According to the News First website, another 27-year-old man also died in the firing. Meanwhile, the law and order situation in Sri Lanka has gone out of control after the violent attacks on the Gotagogama and Managogama protest sites in Colombo. Properties owned by SLPP party leaders are under attack. Angry mobs have attacked former minister Johnson Fernando’s offices in Kurunegala and Colombo. There is also news of setting fire to his bar.

Former minister Nimal Lanja’s residence has also been attacked while Mayor Saman Lal Fernando’s residence was set on fire. There has also been an attack on the residence of the ruling party’s labor leader Mahinda Kahandagamage in Colombo. It is noteworthy that after the supporters of Prime Minister Mahinda Rajapaksa attacked the people who were peacefully protesting, violence has erupted across the country. People vented anger on Rajapaksa’s supporters returning from the capital. They stopped their vehicles and attacked them in many cities. It is also being said that the mob has burnt down the ancestral house of Rajapaksa.


Attack in front of Rajapaksa’s office

Mahinda Rajapaksa resigned hours after his supporters attacked anti-government protesters in front of President Gotabaya Rajapaksa’s office. At least 174 people have been injured in this attack. A nationwide curfew has been imposed following the incident and the army has been deployed in the capital. It is noteworthy that Sri Lanka is going through its worst economic phase since its independence from Britain in 1948. This crisis has arisen due to the shortage of foreign exchange reserves, which means that the country cannot pay for the import of food grains, fuel.