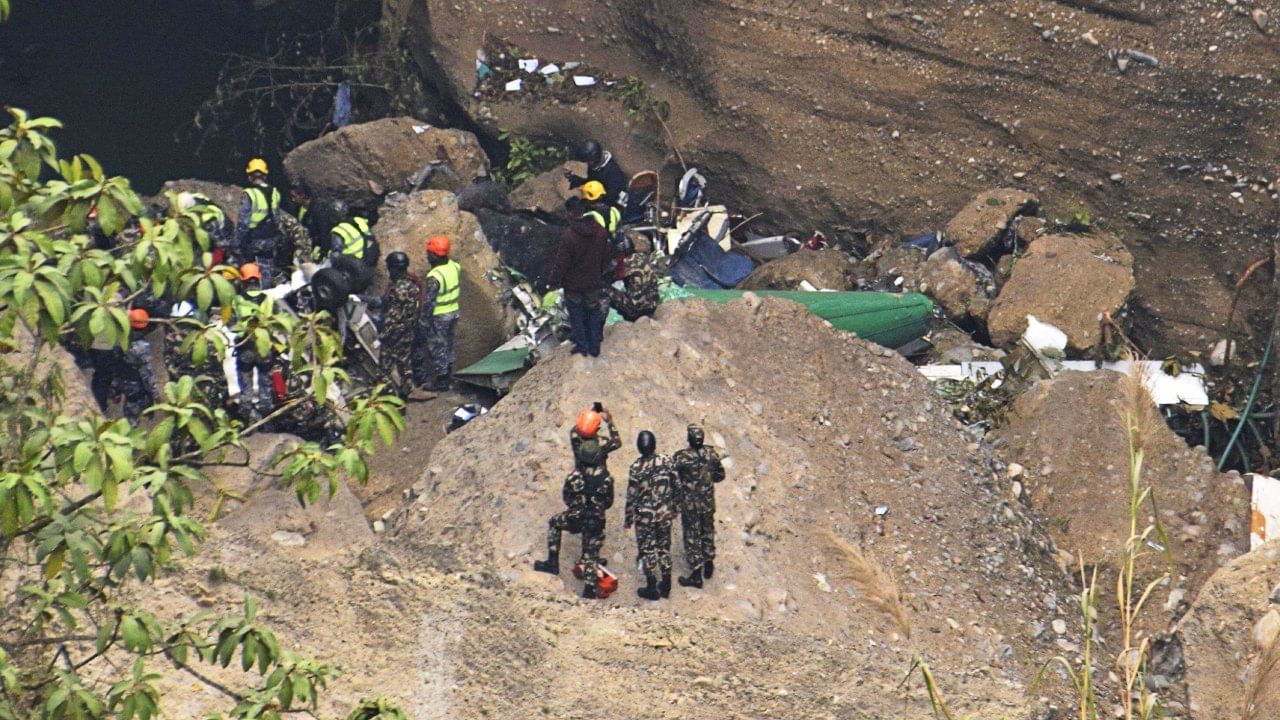 In Nepal, the passenger plane crashed into the river valley while landing at Pokhara airport. In this accident, the bodies of 71 out of all the 72 people on board the plane have been recovered. Five Indians were also involved in this.

At least 71 of the 72 people on board were killed after a Yeti Airlines passenger plane crashed in Nepal. There were 72 people in the plane including four crew members and five Indians, out of which the death of 71 people has been confirmed and the search for the other one is on. There itself Snapdeal co-founder Kunal Bahl tweeted remembering the very shocking incident of the airlines playing with the lives of the people. He told that this incident took place when he was going to Pokhara (Nepal) by flight.

Sharing an article on the plane tragedy, Snapdeal co-founder Kunal Bahl wrote in a tweet, “This is really, really sad. A few years ago on my flight to Pokhara, when I told the air hostess that air was coming in through a crack in the corner of a window, she brought a tissue paper and covered it. Kunal Behl said that on that day he decided never to go to Pokhara again. 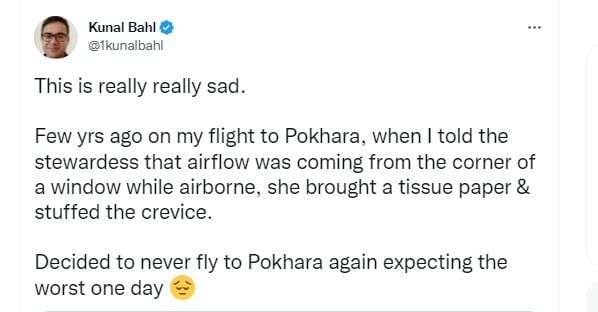 In fact, the passenger plane had crashed in the river valley while landing at Pokhara airport in Nepal. In this accident, the bodies of 71 out of all the 72 people on board the plane have been recovered. Five Indians were also involved in this. It is being said that the lives of the passengers were lost due to the Khatara system of the aircraft. According to flight tracking website FlightRadar24, Yeti Airlines aircraft was 15 years old. The surprising thing is that this aircraft was equipped with an old transponder with unreliable data. This plane crash is one of the most gruesome accidents in the last 30 years.

At the same time, Yeti Airlines has a huge shortage of experienced pilots who can fly safe flights in difficult mountainous areas. Because of this also, plane accidents are increasing in Nepal. It has been written in the report of Nepal Aviation that Nepal is a very dangerous country for flying. The mountains of Nepal are a big challenge for the pilots. Nepal has a very poor record of plane accidents due to the sudden change of weather and airstrips built in inaccessible places.

Old planes do not have modern weather radar

Ashok Pokhriyal of the Nepal Association of Tour Operators says that old planes do not have modern weather radars, due to which the pilot could not get weather information in real time, because this plane was also very old, so there were many problems in it too. . After purchasing the 15-year-old aircraft, it was being flown continuously. Although ATR 72 is considered a safe aircraft. Yeti Airlines plane that crashed in Nepal is the first ATR plane that has crashed.