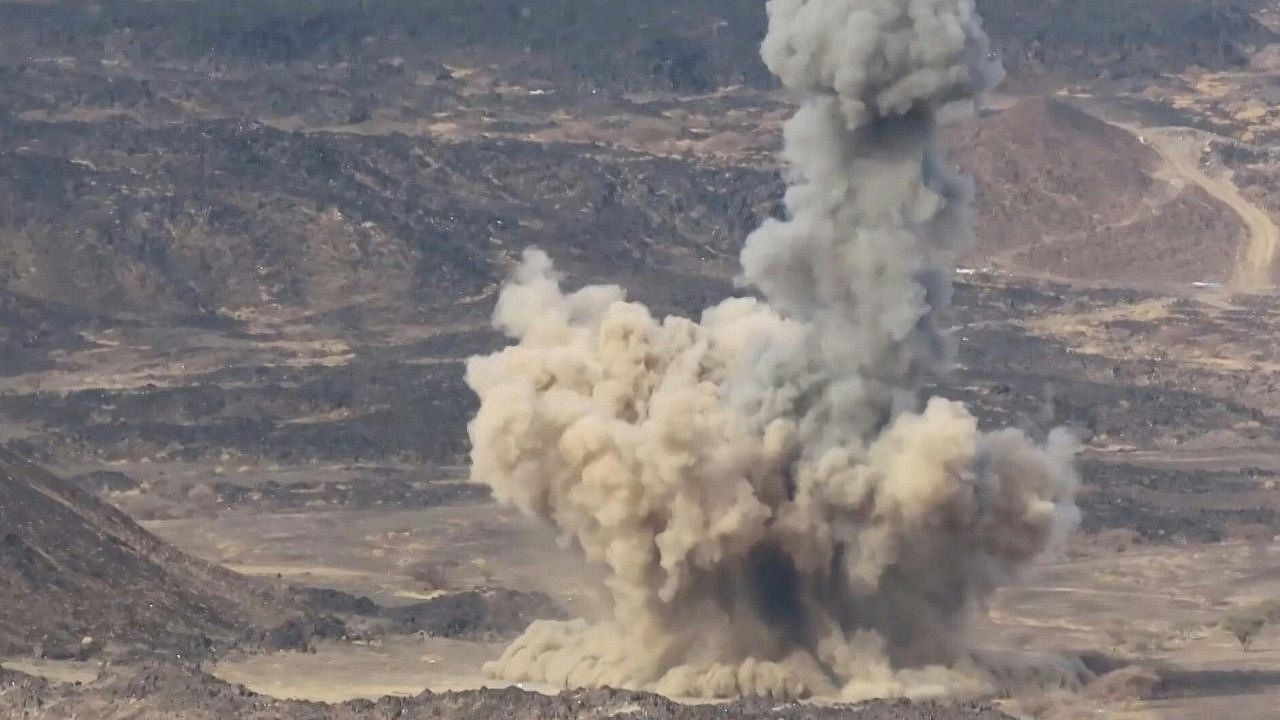 Saudi Airstrikes: After the frequent attacks by Houthi rebels, Saudi Arabia has carried out airstrikes on its bases in Yemen. In which at least 43 rebels have been killed.

Saudi Arabia Airstrikes in Yemen: Saudi Arabia has carried out airstrikes in the Marib province of Yemen. Due to which at least 43 Houthi rebels have died within 24 hours. This information has been given by a source related to the army. Speaking to Xinhua News Agency from the Armed Forces Media Center in Marib, the source said, “The air strikes targeted the rebels’ positions and the places where these people congregate (Saudi Arabia Houthi Conflict). In this 43 people have died and nine vehicles with weapons have been destroyed.

The military source further said that there was no damage to the pro-government military forces in these attacks on Tuesday. “The airstrikes are in response to the insurgents launched ground attacks on (Yemeni) army positions on the frontline,” it said. At the same time, Al-Maseera TV, run by the Houthi organization, reported that Sirwah district has been attacked 19 times by Saudi Arabia (Saudi Arabia Houthi War). But the channel has not given more information than this. Last week, the Houthi captured Rahaba district in southwestern Marib.

At the same time, in February, Houthi rebels have carried out repeated attacks here to capture the oil-rich province of Marib. It is the last northern stronghold of the Saudi Arabia-backed Yemeni government. About a week ago, pro-Iranian Houthi rebels fired at least three missiles targeting Saudi Arabia’s oil-rich eastern region and the cities of Najran and Jazan in the south. These missiles were intercepted in the air, but after their destruction, the debris that fell on the ground, two children were injured and several buildings were also damaged.

Why the fight between Saudi and Houthi?

Yemen’s civil war began in late 2014. The Houthi organization then gained control of much of the northern part of the country and forced the internationally recognized government of President Abd-Rabbu Mansour Hadi out of the capital, Sanaa. The Saudi-led Arab coalition intervened in the Yemeni conflict in March 2015 to support Hadi’s government. Saudi Arabia is supporting the Yemen government here. Apart from this, he has closed the Sana airport before the ceasefire or any conversation. The Houthi want to open this airport (Reason on Yemen War). And for this reason he is constantly targeting Saudi Arabia.

Also read- After all, why is China supporting the Taliban and why is this a ‘danger bell’ for India? Now the reason has come to the fore