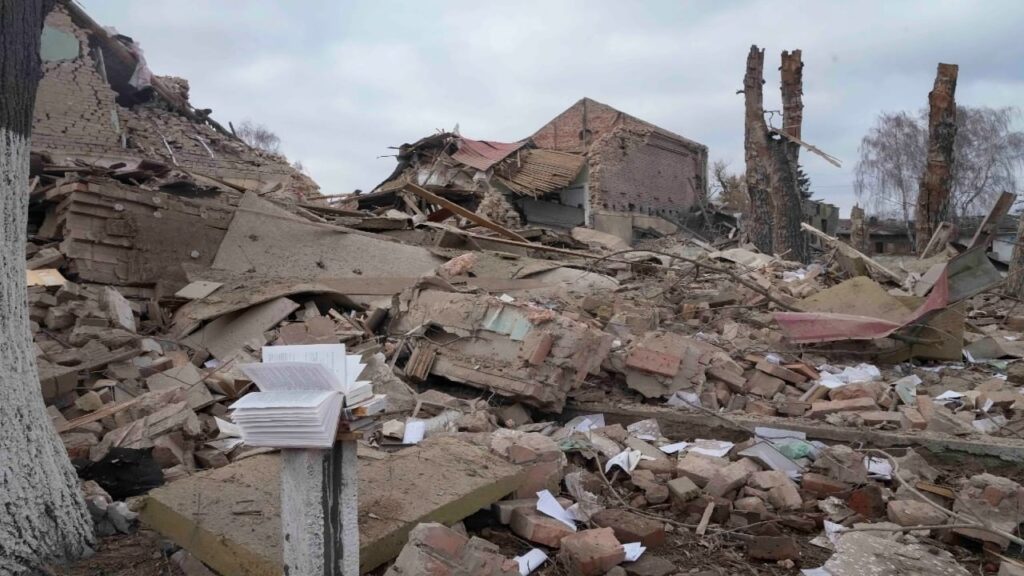 Russian troops continue to attack Ukraine from all sides. Meanwhile, Russian troops have also violated the promise of a ceasefire in Mariupol. An attempt to evacuate civilians from Mariupol has failed due to heavy bombing by Russian forces on Sunday.

Attack on the airport in Vinnytsia

Russian (Russia) Ukraine due to continuous shelling from the troopsUkraine) is destroyed. Whereas the Ukrainian city of Mariupol (MariupolThe ceasefire promise also seems to have failed. On Sunday, a second attempt to evacuate civilians from the Ukrainian port city of Mariupol reportedly failed. Ukrainian officials said the shelling started hours after Russia announced a ceasefire, disrupting evacuations from Mariupol and the eastern city of Volnovakha. He had earlier said that Mariupol’s evacuation time from the city was scheduled to start from 10 am to 9 pm.

Meanwhile, Ukrainian President Volodymyr Zelensky said a barrage of Russian missiles destroyed the airport in Vinnytsia. Sunday is the 11th day of the Russian military attack on Ukraine. Hundreds of people have been killed, while thousands have been injured in the attack by Russian soldiers. At the same time, millions of people of Ukraine have left the country. Zelensky said that “I have just been informed about the missile attack on Vinnytsia. The airport has been completely destroyed in eight rocket ray strikes.” Ukraine’s Interior Ministry adviser Anton Gerashenko said the planned evacuation along humanitarian corridors had been halted because of the Russian attack. “There can be no ‘Green Corridor’, because only the sick mind of the Russians decides when and on whom to fire.”

Russia is not doing ceasefire – Ukraine

At the same time, Kirillo Timoshenko, deputy head of Ukrainian President Volodymyr Zelensky’s office, said, “Russia is not pursuing a ceasefire and shelling continues in Mariupol as well as the surrounding areas.” He said talks were on with the Russian Federation to establish a ceasefire and a safe humanitarian corridor. While Deputy Prime Minister Irina Vereshchuk said that we appeal to Russia to stop shelling. He said that Russia has also acted contrary to the ceasefire announcement in Volonovakha.

Plans for a similar ceasefire for Mariupol and the nearby town of Volnovakha have been shelved by Russian military shelling and bombardment. On the other hand, Russian President Vladimir Putin has said that Ukrainian officials will be held responsible if his nation’s status is threatened. The West has imposed several sanctions on Russia amid a vigorous military operation by Russian forces in the eastern European nation. Regarding this, President Putin said that the leadership of Ukraine needs to understand the consequences of their actions.

Also read: Russia-Ukraine War: Putin’s warning to Ukraine, said – the war will stop only after laying down arms and fulfilling all the demands of the Kremlin