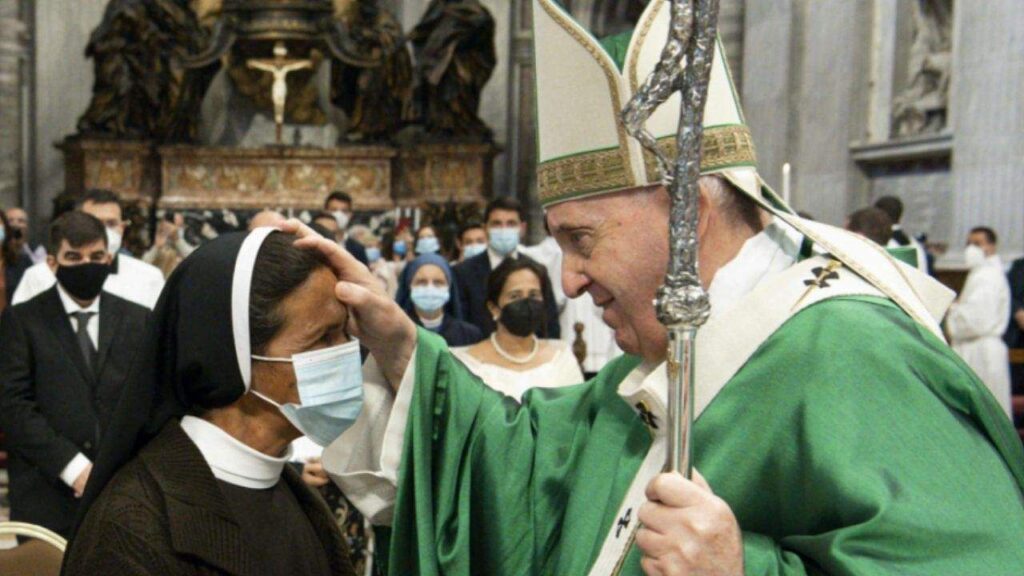 Colombian Nun Gloria Cecilia Narvaez Freed by Jihadis: Pope Francis, the supreme religious leader of Catholics, met Colombian nun Gloria Cecilia Narvaez on Sunday. She is the same nun released by jihadists in Mali after nearly five years in captivity. A Vatican spokesperson has given this information. Sister Gloria was taken hostage on February 7, 2017 in southern Mali, near the border with Burkina Faso, where she was working as a missionary.

“This morning, ahead of the Holy Celebration, the Pope has met with Sister Gloria Cecilia Narvez of Colombia, recently delivered from captivity,” spokesman Matteo Bruni said in a statement. The Mali government announced on Saturday that Sister Gloria had been released from captivity (Pope Francis Meets Colombian Nun). The President’s Office tweeted and saluted the bravery and courage of the sister, as well as posted a picture of her after her captivity. Gloria has met with Mali’s interim President Col Asimi Goita and Archbishop Bamako Jean Jarboe. The nun said, ‘I want to thank the Mali administration, the president there and all the Mali officials, they have tried hard to free me.’ In the pictures released by the President’s Office, Gloria is seen happily dressed in yellow (Jihadis in Africa). She said, ‘I am very happy, I have been healthy for these five years, I thank God for this.’ The President’s Office said that Gloria has been released after four years and eight months of hard work by several intelligence agencies.

She herself came forward to save the two nuns

In an official statement, Goita assured that “efforts are on” to ensure the release of all those still imprisoned in Mali. The nun has been brought to Rome by plane on Saturday evening. Sister Gloria, 59, was abducted near Koutiala, 400 kilometers (250 mi) east of Bamako (Pope Francis Meets Colombia Nun). He worked as a missionary for six years in the parish of Karangaso with three other nuns. According to one of her associates, Sister Carmen Isabel Valencia, Gloria herself had come in place of two underage nuns who were being taken away by the kidnappers.

Had to learn Quran during captivity

In a letter to the Red Cross in July last year, the sister’s brother said that he had been abducted by an organization known as GCIM, an al-Qaeda affiliate (Kidnappings in Mali). It is the largest jihadist alliance in the Sahel. Talks were held with the jihadists to get Gloria released. A source related to the matter said that the nun was harassed a lot during her captivity and at that time she was forced to learn the Quran. Colombia’s Vice President and Foreign Minister Marta Lucía Marírez expressed happiness over Gloria’s release.

Also read- Angela Merkel reached Israel on her last official visit, what did she say on ‘Palestine’, which angered Israeli PM