Poor Pakistan! Coming out of the biggest blackout like this, know why the lights went off? 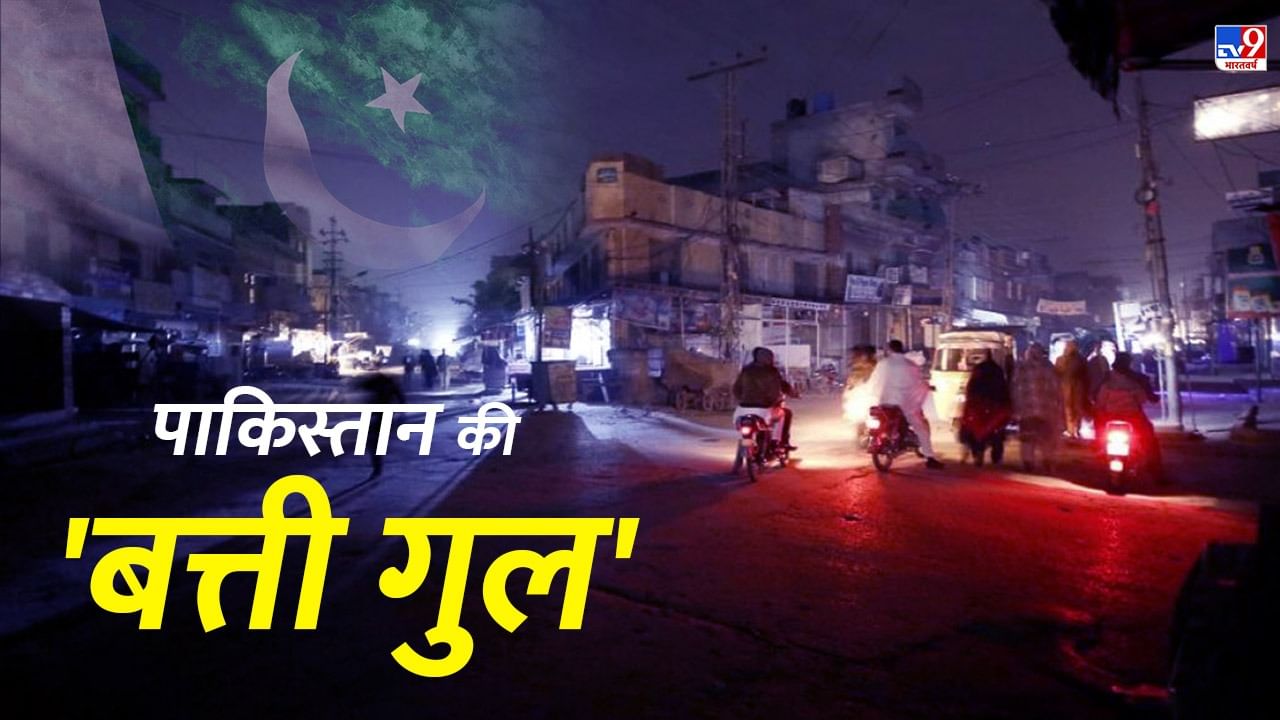 Due to the failure of the National Grid, there was a blackout in Pakistan for several hours on Monday. This made the situation worse. Operation theaters in hospitals had come to a standstill, and the country’s metro service had also come to a standstill.

Pakistani PM Shahbaz Sharif has ordered an inquiry into the reasons for the grid failure.

on the verge of bankruptcy Pakistan Finally slowly coming out of nationwide blackout. This blackout was being linked to the increasing power crisis in the country. Although Pak government claims that the power crisis was exacerbated by grid failure. Pakistan PM shahbaz sharif An inquiry has also been ordered as to how the grid had failed.

Due to the failure of the National Grid, there was a blackout in Pakistan for several hours on Monday. This made the situation worse. Operation theaters in hospitals had come to a standstill, and the country’s metro service had also come to a standstill. Mobile and internet services were also affected on a large scale. Till late night, the work of restoring connections continued in other cities including Karachi and Lahore. Meanwhile, amidst the falling temperature, the work of extending the power cut for 12 hours is also going on in many areas.

why did the light go off

This is not the first time that Pakistan’s lights have gone off like this, even before this in January 2021, due to the failure of the national grid, Pakistan had to face such a problem. Although that blackout was not nationwide like this time, still Pakistan could have learned a lot from that incident, but it did not happen. The old infrastructure of electricity was not improved in Pakistan, the result of which was shown once again.

The primary reason for power cuts in Pakistan is being attributed to the lack of investment in electricity infrastructure in the country. Due to this there is a decrease in power generation. Due to poor infrastructure, there has been a lot of burden on the distribution network of electricity. Besides this, rampant power theft and line loss have also added to the problem.

The power crisis in Pakistan is continuously deepening. In fact, at present 24 thousand MW of electricity is being produced in Pakistan, while the demand for electricity is around 30 thousand MW. The special thing is that the work of making electricity in Pakistan is done with natural gas and oil, but the stock of both of them has been exhausted. On the other hand, due to the continuous global shortage in energy supply since Russia’s invasion of Ukraine, they are not being imported either. The continuous decrease in foreign exchange reserves and rising inflation have also created the problem of importing oil and gas.

Effect of power cut on economy

Pakistan, one of the most populous countries in the world, is dependent on electricity infrastructure to run its economy. The country’s biggest blackout has once again revealed this. Factories in Pakistan remained closed on Monday due to power failure. Pakistan has suffered a loss of 20 million Pakistani rupees from the garment factory alone. Apart from this, silence was also seen in the markets, people were seen doing shopkeeping by lighting candles. If this situation continues, the productivity in Pakistan may decrease further and the revenue of the companies may also decrease. Apart from this, power cuts will become a big problem in the agriculture sector, because irrigation and other agricultural activities are largely dependent on electricity. Prolonged power cuts can discourage foreign investment in the country.

this could be the solution

To solve the power crisis in Pakistan, the power infrastructure has to be expanded. For this, the capacity of power generation will have to be increased and the methods of distribution will also have to be improved. Measures have to be implemented to combat power theft and improve power distribution practices. Apart from this, the use of renewable energy sources like solar and wind energy will also have to be increased. This will reduce Pakistan’s dependence on fossil fuels and improve power infrastructure.

Due to more demand than production of electricity, Pakistan has increased power cuts in many parts of the country. The government has ordered the closure of markets, shopping malls and restaurants by 8 pm only. Apart from this, employees are being asked to work from home, so that power supply can be reduced.

Electricity prices had increased only in the past