Poor food is lying at home, still Pakistan is not improving, future generations will suffer! 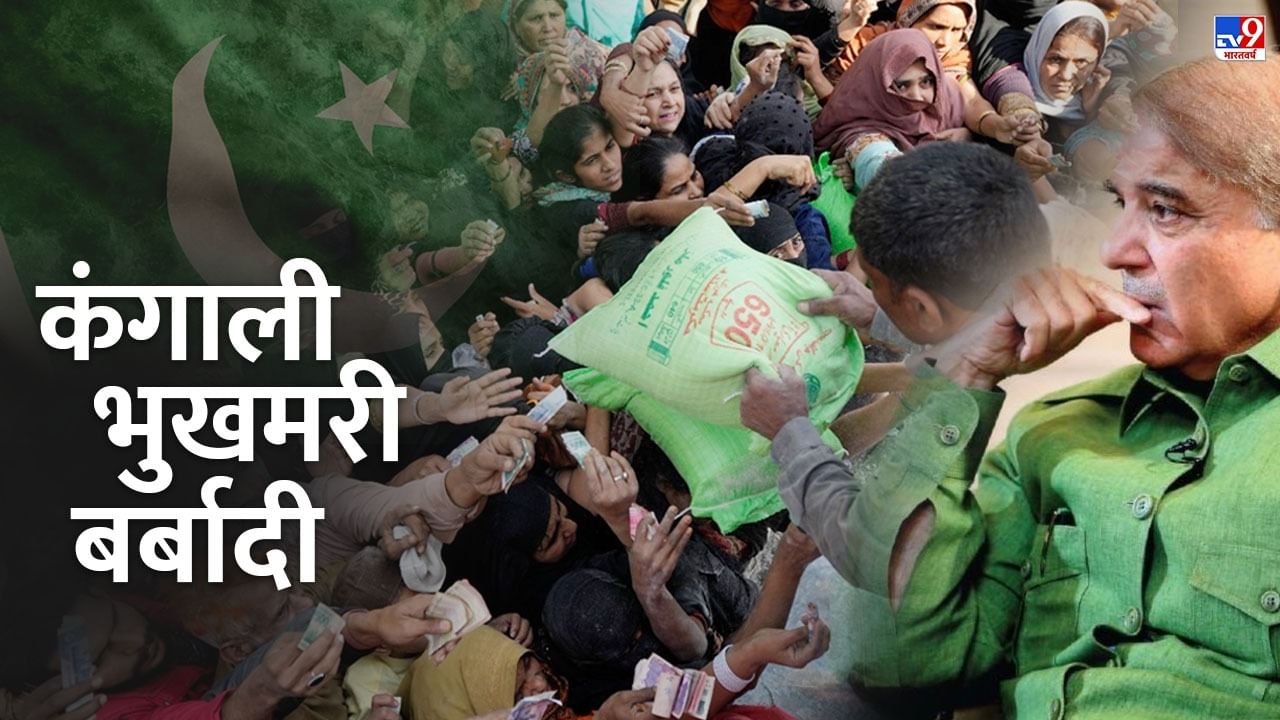 Pakistan has not learned its lesson even after admitting its mistake. This is not a new attitude of overturned Pakistan. Moving forward, then backtracking and then saying something else doing something else… He has done the same on many occasions.

The situation is bad in Pakistan.

India becomes independent in 1947 and with this independence two countries come into existence – India and Pakistan. Where India is emerging as the third superpower of the world. On the other hand, Pakistan is facing poverty and starvation. Due to conflict between government and army, bad policies, terrorism, deteriorating relations with good countries, the situation in Pakistan went from bad to worse.

Despite this, Pakistan is not coming to its senses. He is not learning from his mistakes. How many governments have come and gone since independence, but Pakistan is standing the same place. In the last 5-6 decades, from Bhutto family to Sharif family or from Musharraf to Imran Khan… these rulers who were in power contributed less in the progress of the country and more in its plight.

It is not that Pakistan does not realize its mistakes. Read the recent statement of Pakistan Prime Minister Shehbaz Sharif.

“India is our neighbor and to be very clear, we are not neighbors by choice, but we have to live together. It is upon us how to live peacefully. Pakistan has taken its lessons. We fought three wars with India and brought misery, unemployment and poverty in the country. We want to live peacefully with India solving our problems.

What kind of future is Pakistan shaping for the coming generations?

Shahbaz Sharif, in a conversation with Arabic TV channel Al Arabiya, talks about improving relations with India on the one hand, and on the other hand again starts chanting about Kashmir. This is not a new attitude of overturned Pakistan. Moving forward, then backtracking and then saying something else doing something else… He has done the same on many occasions.

the question is What kind of future is Pakistan, which is currently facing hunger and poverty, preparing for its future generations? understand in 6 points

1). when pakistan was divided into two

According to a research report ‘Mass Poverty in Pakistan’ by the Pakistan Institute of Development Economics, the per capita income in 1963-64 was Rs 304. Then 67 percent of the population was living below this line. There was a war with India in 1971, Pakistan was badly defeated and it was divided into two pieces. In 1971-72, when the per capita income was Rs 269, then the situation was even worse, about 72 percent of Pakistan’s population was below this line. The condition of the rural population was even worse.

2). Backward after every war with India

The latest situation of Pakistan is not hidden from anyone. Poverty is prevailing in Pakistan facing political instability. Pakistan has reached number 92 out of 116 countries in the Global Poverty Index. According to the report of the famous Urdu newspaper Intekhab Daily, the poverty rate of Pakistan has increased by 35.7 percent. Due to inflation among the paupers in Pakistan, a condition like ‘itch in leprosy’ has prevailed. According to the report of December 2022, there has been an increase of 20 to 31 percent in the prices of food items.

Pakistan’s foreign exchange reserve is left around $ 85.75 crore, while the country has a debt of $ 270 billion. 75 percent of its income is being spent in repaying the loan. According to this, every person in Pakistan has an average debt of Rs 2.62 lakh. These figures clear the picture.

After the incident of Quran burning in Europe’s Sweden, people are protesting on the streets…