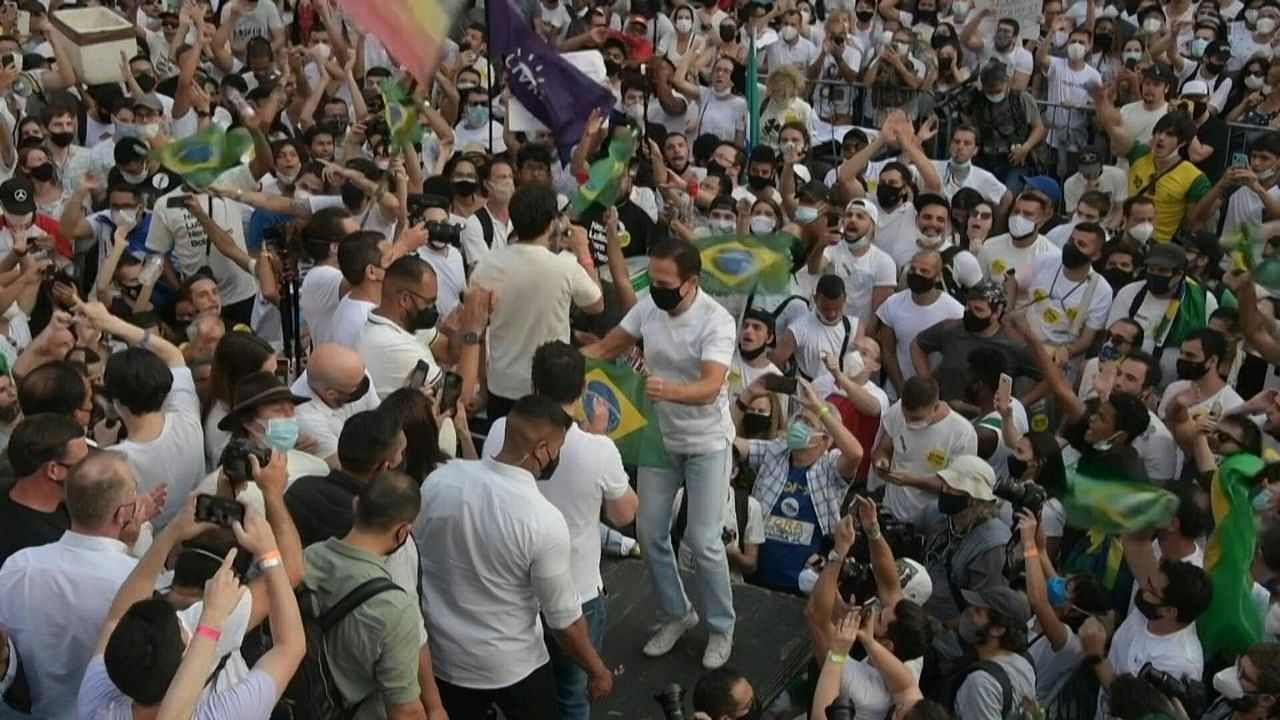 Brazil Elections: Elections are going to be held next year for the presidency in Brazil. But even before that people are protesting on the streets. There is a lot of resentment among the people about the current President.

Protest Against President in Brazil: Protests are taking place on the streets in Brazil against President Jair Bolsonaro. People are demanding that the President should be impeached. The protests are being organized by conservative groups such as the Free Brazil Movement or MBL. Who had pressed for the impeachment of leftist President Dilma Rousseff in the year 2016. There have been protests in several cities including Rio de Janeiro, Sao Paulo and Belo Horizonte.

Presidential elections are due in Brazil in the year 2022. An organization named MBL raised the slogan, ‘Na Bolsonaro nor Lula’ during the protest. In the protests, it was said that both current President Bolsonaro and former leftist President Luis Inacio Lula da Silva should not vote. The organizations are getting a lot of support from the general public. But due to lack of support from other organizations like themselves, they are not able to protest on a large scale.

Slogans were raised against Bolsonaro

Hundreds of people gathered on the beach in Rio city on Sunday. She was holding the flag of Brazil in her hands and was wearing a white T-shirt. Everyone raised slogans against Bolsonaro in unison. Hundreds of protesters dressed in white T-shirts gathered for a rally in Sao Paulo (Protests Against Jair Bolsonaro). Ivet Ramalho, a 64-year-old civil engineer who was among the protesters, said, “We are not here for Lula or Bolsonaro.” But I fear how many people will come forward to support the President (Bolsonaro), who did nothing for the country, who has only brought trouble.

Former President Lula may get victory

There is now less than a year left for the elections in Brazil. But it is believed that Lula may win. He was the President of the country from 2003 to 2010. On the other hand, speaking of Bolsonaro, he has always been known for his arrogance. Earlier he had told his supporters that everyone should buy rifles. He said this to deal with the increasing crimes in the country. After this he said that he sees three options in his future – either he will win the 2022 presidential election or he will die or he will go to jail.

Also read- Angela Merkel: The Merkel era will end, 7 reasons why she is the most ‘powerful’ woman in the world

Uttarakhand: Alkometer test is mandatory before going to Harki Paidi in Haridwar, devotees will be arrested for drinking alcohol

Good news for farmers! Now you can take advantage of this scheme till 31 March 2022