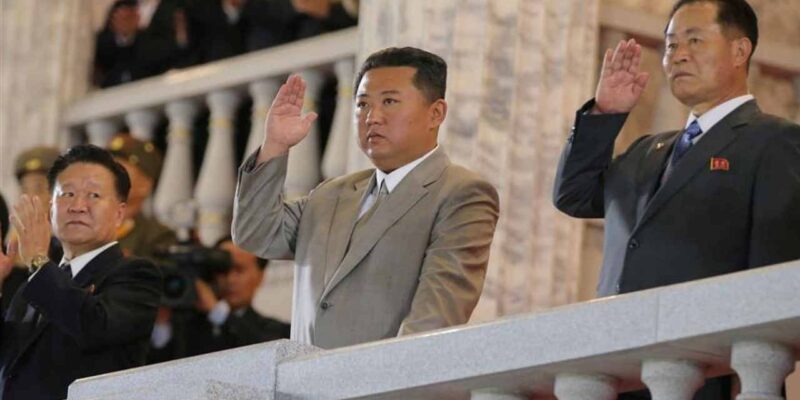 Due to sanctions, the economic condition of North Korea is very bad at this time.

North Korea’s leader Kim Jong Un on Monday appealed to his officials to make more concerted efforts to deal with the current “serious situation” in the country and improve the living standards of the countrymen. .

State media reported this, but did not mention any specific remarks made about the US and South Korea during Kim’s speech to mark the 76th anniversary of the founding of the ruling Workers’ Party.

There are many restrictions on the country

Nuclear talks between Washington and Pyongyang have been stalled for more than two years. The US says that North Korea should stop its nuclear program activities, while North Korea says that the US-led sanctions on the country should be lifted, due to disagreements between the two countries on these things, talks are interrupted. North Korea has recently increased its missile testing activities and has made conditional peace proposals with Seoul. Some experts say that North Korea is trying to pressure South Korea to persuade the US to relax economic sanctions and make other concessions.

Pyongyang’s official Korean Central News Agency said during his speech on Sunday that his party was committed to achieving the economic goals set in January. In January, North Korea admitted that its earlier economic plans had not been successful and launched new development plans for the next five years. The agency said Kim reiterated his commitment to efficiently implement the five-year plan to “improve the country’s economy and solve people’s food, clothing and household problems”.

According to the agency, Kim analyzed the “unforeseen difficulties” facing North Korea and called for the party’s like-minded unity to develop the country’s economy, which is facing a “grave situation”. The World Health Organization (WHO) sent medical supplies to North Korea only last week to help deal with COVID-19. This indicates that North Korea has now started easing the world’s biggest sanctions imposed on its border due to the global pandemic to seek outside help.

Also read: Quarantine free entry in Singapore for citizens of 11 countries, decision not to give exemption to people going from India