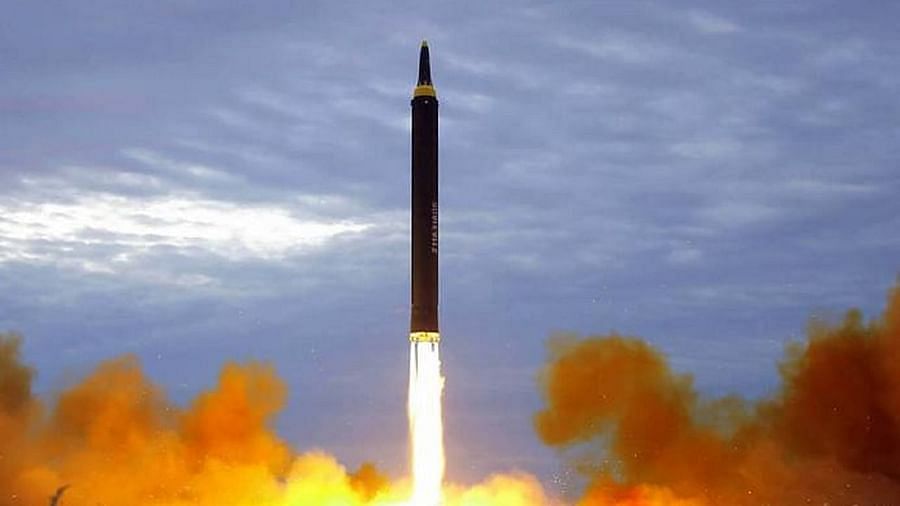 North Korea’s media said on Monday that the country tested a long-range missile. The new missile has a range of 1500 km and has passed its test in the very first attempt.

North Korea’s media said on Monday that the country tested a long-range missile. The new missile has a range of 1500 km and has passed its test in the very first attempt. According to the report, this missile holds an important place in the country’s weapons. With the successful test, the country has got a big weapon to deal with every threat. It is believed that these missiles are going to fulfill the intention of increasing the military power of Kim Jong Un’s country. This simply means that these missiles are being prepared with the intention of being used with nuclear weapons.

North Korea has many weapons

After this test, the Joint Chief of Staff of South Korea said that his army is assessing the missile test launched by North Korea based on US and South Korean intelligence. During a congress of the ruling Workers’ Party in January this year, Kim Jong Un pledged to strengthen his nuclear capability in the face of US sanctions and pressure. During this, Kim released a long list of production of long-range inter-continental ballistic missiles, nuclear-powered submarines, spy satellites and strategic nuclear weapons.

Amidst controversies, Shilpa Shetty will make her OTT debut, will play such a role for the first time.

Estimates of record yield due to good rains, production of kharif crops may be 150 million tonnes