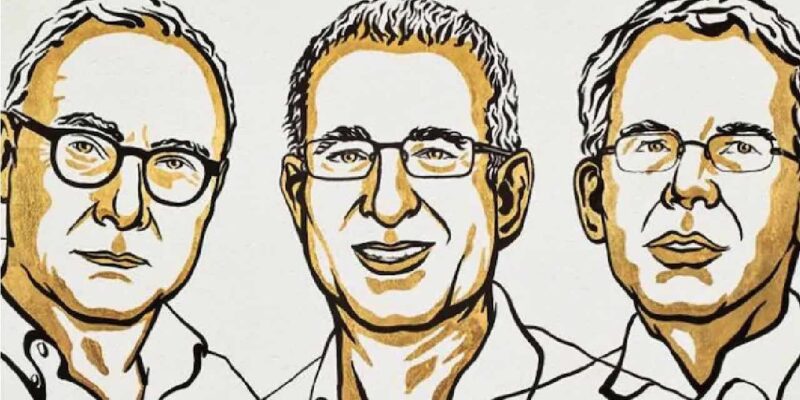 The Nobel Prize for Economics has been announced. David Card, Joshua D Angrist and Guido W Imbens have been awarded the Nobel Prize in Economic Science this year. The Nobel Committee awarded half of the prize to David Card for his empirical contributions to labor economics, and the other half jointly to Joshua d’Angrist and Guido W. Imbens for their methodological contributions to the analysis of causal relationships.

“This year’s award winners David Kard, Joshua Angrist and Guido Imbens have given us new insights about the market market and show what causes and effect conclusions can be drawn from natural experiments,” the Swedish Academy said in a statement. May go. His approach has spread to other fields and has revolutionized empirical research. The Academy said that many big questions in social science are related to cause and effect. How does immigration affect pay and employment levels? How does long education affect one’s future income?

The Royal Swedish Academy of Sciences gives the award

“This year’s award winners have demonstrated that it is possible to answer these and similar questions using natural experiments,” the statement said. The 2021 Sveriges Riksbank Prize in Economic Sciences in memory of Alfred Nobel has been awarded half to David Card and half to Joshua d’Angrist and Guido W. Imbens. The Nobel Prize in Economic Sciences is awarded by the Royal Swedish Academy of Sciences Stockholm. The Nobel Foundation received a donation from the Sveriges Riksbank in 1968 on the bank’s 300th anniversary. This award is based on that donation.

The Economic Nobel is awarded after the Nobel Peace Prize

The Economic Nobel is announced after the Nobel Peace Prize. This time to journalists Maria Ressa and Dmitry Muratov for their efforts to protect freedom of expression, a precondition for democracy and lasting peace. While Maria is the CEO of the Philippines-based news site Rapper, Dmitry Andreyevich Muratov is the editor-in-chief of the Russian newspaper Novaya Gazeta.

Coal Scam: Rujira Banerjee, wife of TMC MP Abhishek Banerjee, gets relief from Delhi High Court, will no longer have to appear physically

Jharkhand News: Darshan will have to be done according to the guidelines issued for Durga Puja, otherwise there will be legal action