New video of Nepal plane crash surfaced, plane fell on the ground like this after fire in right wing 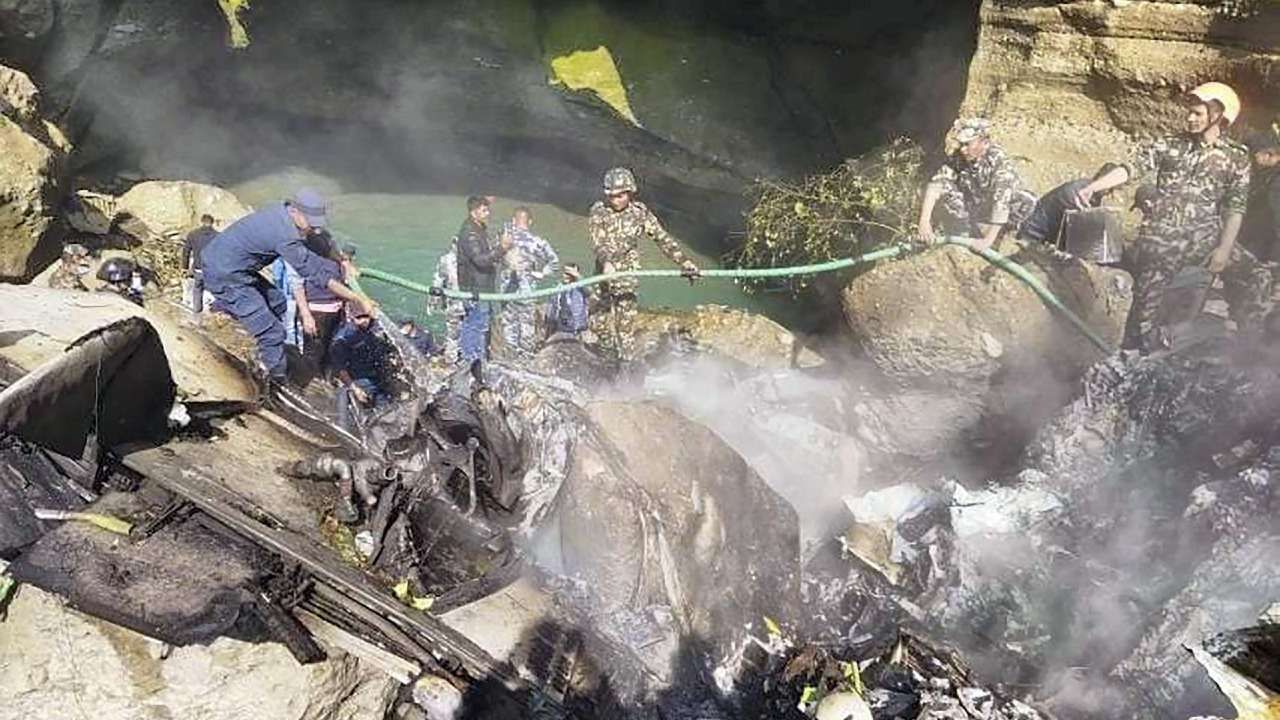 A new video of the Nepal plane crash has surfaced, in which it is clearly visible that the right wing of the plane caught fire at the same time it was in the air.

Nepal of Pokhara airport but the terrible plane crash another video of social media But going viral. It is clearly visible in this video that when the plane was still in the air, its right wing caught fire. For this reason, the balance of the plane deteriorated and this painful accident happened before the landing of the plane. Even before this, a video has come to the fore in which a passenger was doing Facebook Live from inside the plane and in that the blazing fire inside the plane was also recorded.

Let us tell you that this was the biggest plane crash in the last thirty years in which 68 passengers have died. In this accident of Yeti Airlines plane on Sunday, the rescuers took out some bodies but some bodies were buried inside the debris. After which, on Monday morning again the rescuers started taking out the dead bodies buried in the debris. It was being told that the plane fell in the Seti river where there was a big ditch, due to which the fire could be controlled after a lot of effort.

The black box of the crashed Yeti Airlines plane was recovered from the crash site on Monday even as rescue and search operations were intensified to trace the four people still missing since the crash. The officers provided this information. Yeti Airlines’ ATR-72 aircraft with 72 people on board, including four crew members and five Indians, crashed into a river bank on Sunday while landing at the newly built airport in the resort town of Pokhara. Of these, the death of 68 people has been confirmed and the search for the other four is on.

nepal plane crash near #PokharaAirport Caught on camera from ground, these visuals show the plane engine caught fire 🔥, which may have been a bird hit after which it just went tilted down. #NepalPlaneCrash #yeti pic.twitter.com/9ZTwZDE5At

35 out of 68 bodies were identified

Officials said that out of 68 bodies found so far, 35 have been identified. National mourning has been announced in Nepal on Monday. Both the Cockpit Voice Recorder (CVR) and the Flight Data Recorder (FDR) have been recovered. The search and rescue operation was halted at night and this morning the rescue team resumed their operation by descending into a 300 meter deep gorge.

The CVR records radio transmissions and other sounds in the cockpit, such as conversations between pilots, and engine noises. The FDR records over 80 different types of information such as speed, altitude and direction, as well as pilot actions and critical systems performance. According to Kathmandu airport officials, a day after Yeti Airlines 9N-ANC ATR-72 aircraft crashed on the banks of the Seti river between the old airport and the new airport minutes before landing, CDRs and images from the crash site have been recovered. FDR was recovered.