New species of whale discovered in Egypt, this fish used to walk on land with four legs and weighing 600 kg 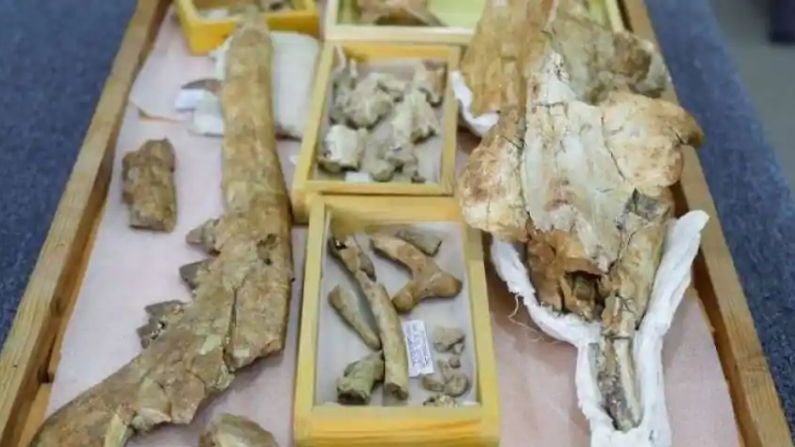 Whale Species: A new species of whale fish has been discovered in Egypt, which used to live on earth till 43 million ago. They were able to walk on land as well as in water, unlike modern whales.

Phiomicetus Anubis Discovery in Egypt: A fossil of a four-legged whale fish species has been discovered in Egypt, which lived on Earth until 43 million years ago. Research has shown that they are the ancestors of modern-day whales and information has also been received about their going from land to sea. This change happened about 1 crore years ago. The new species of whale has been named Phiomicetus anubis, which was 10 feet long and weighed about 600 kilograms.

Archaeologists from the Mansoura University Center for Vertebrate Fossils have discovered fossils among Eocene rocks in the Fayum Valley of the Western Desert of Egypt. This place was once surrounded by the sea, where now discoveries related to the development of whales are done. The discovery has been published in the journal Proceedings of the Royal Society B.

Whale used to walk on land too

“Phaeomycetus anubis is a new species of whale, an important discovery for Egyptian and African paleontology,” said Abdullah Gohar, lead author of the paper. Anubis is named after the god of death associated with the Egyptian civilization. The new species is different from other species. Its most special thing is that it was able to swim in water as well as walk on land. Along with this, muscles were present in its skull, which gave movement to the jaw.

Such a discovery was also done in Pakistan

Looking at today’s whales, it is difficult to believe that they are the descendants of four-legged whales, which once used to walk on land. Earlier, a similar search has been done in Pakistan as well. Here in the year 2008, archaeologists discovered the fossil of an animal shaped like a fox, 47 million years old. On research, it was found that this animal used to have a long body and tail. This animal used to go to the water in search of food. But to avoid predators, it later started living completely in water.

People of Ukraine will not get free food, Poland sets deadline