Nepal plane crash: After DNA match, the dead bodies of 5 Indians will be handed over to the relatives 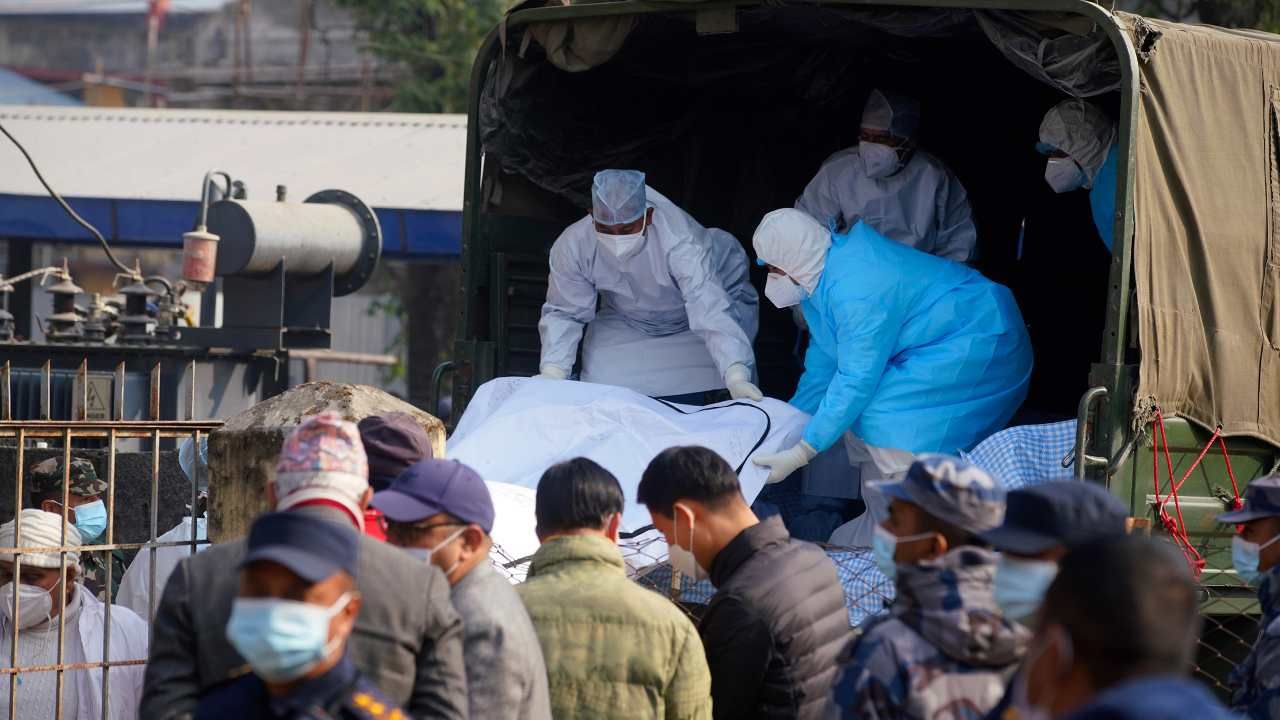 Rajendra Jaiswal, the father of the deceased Sonu Jaiswal, said, “We are already in shock over the death of our son and now the 12-hour wait has been unbearable for us. We have now reached Kathmandu and have identified the body.”

So far 71 people have been confirmed killed in the Nepal accident.

Nepal i happened on sunday plane crash The relatives of four youths from Ghazipur district who were killed in the incident reached Kathmandu on Tuesday, and they will be there to identify the charred bodies of their loved ones. dead body All formalities related to handing over can be completed. District administration officials said that DNA test And after the autopsy, the process of bringing the dead bodies to India will be started. Meanwhile, the Yogi government has announced an assistance of Rs five lakh each to the families of the deceased.

The death toll in the Yeti Airlines plane crash has risen to 71 on Tuesday after bodies of two more passengers were found. At the same time, the officials have started handing over the dead bodies to the relatives. The ATR-72 aircraft of Yeti Airlines had crashed four days ago on Sunday while landing at Pokhara’s newly built airport. There were 72 people in the plane including four crew members and five Indians, out of which the death of 71 people has been confirmed and the search for the other one is on.

Of the five Indians killed in the accident, four were from Ghazipur and one from Bihar. The victims from Ghazipur in Uttar Pradesh were identified as Sonu Jaiswal, 35, Anil Kumar Rajbhar (27), Abhishek Kushwaha (27) and Vishal Sharma (22) from Ghazipur, while Sanjay Jaiswal (26) from Sitamarhi in Bihar. were.

Tehsildar (Kasimabad) Jaya Singh is in constant touch with the family members of the deceased (from Ghazipur) after the Nepal Embassy contacted the district administration to complete all formalities for identification of the dead bodies. The official said, “The work of handing over the human remains will be started only after the DNA match is done. Although the administration has not yet been told how and when the body will be sent to the district authorities. After receiving the bodies from Kathmandu, the bodies will be handed over to their families.

The group of five family members, along with an officer and a police constable, had left for Kathmandu around 3 pm on Monday. Accusing the officials of apathy, he said that he was made to wait for about 12 hours at the Nepal border. He crossed the border at 9:30 am after it was opened to the public on Tuesday.

Waiting unbearable for us: Father Rajendra

Rajendra Jaiswal, the father of the deceased Sonu Jaiswal, said, “We are already in shock over the death of our son and now the 12-hour wait has been unbearable for us. Now we have reached Kathmandu and have completed the formalities of identification of the dead body.

After the accident, Chief Minister Yogi Adityanath had said on Sunday that instructions had been given to officials to coordinate with the Ministry of External Affairs to make arrangements to bring the mortal remains of the dead people of Uttar Pradesh to the state.

Meanwhile, Chief Minister Yogi Adityanath has announced an aid of Rs 5 lakh each to the families of the four youths of Ghazipur district who died in Nepal accident on Tuesday and to bear the cost of bringing the dead bodies home. .

A spokesperson of the state government said on Tuesday, “An assistance of Rs.5 lakh each will be given to the families of the four people of Ghazipur who died in the Nepal plane crash. The state government will bear the cost of bringing the mortal remains of the deceased from Kathmandu to their homes.

All dead bodies will be brought from the road

Significantly, on Monday, the family members of the four youths of Ghazipur, who died in the plane crash in Nepal, were sent to Kathmandu by road on Monday and the dead bodies would be handed over to them after due process. Ghazipur District Magistrate Aryaka Akhori told that four youths Abhishek Kushwaha, Sonu Jaiswal, Vishal Sharma and Anil Kumar Rajbhar were killed in the Nepal plane crash. A member of their families and the village head have been sent by the administration to Nepal by road.