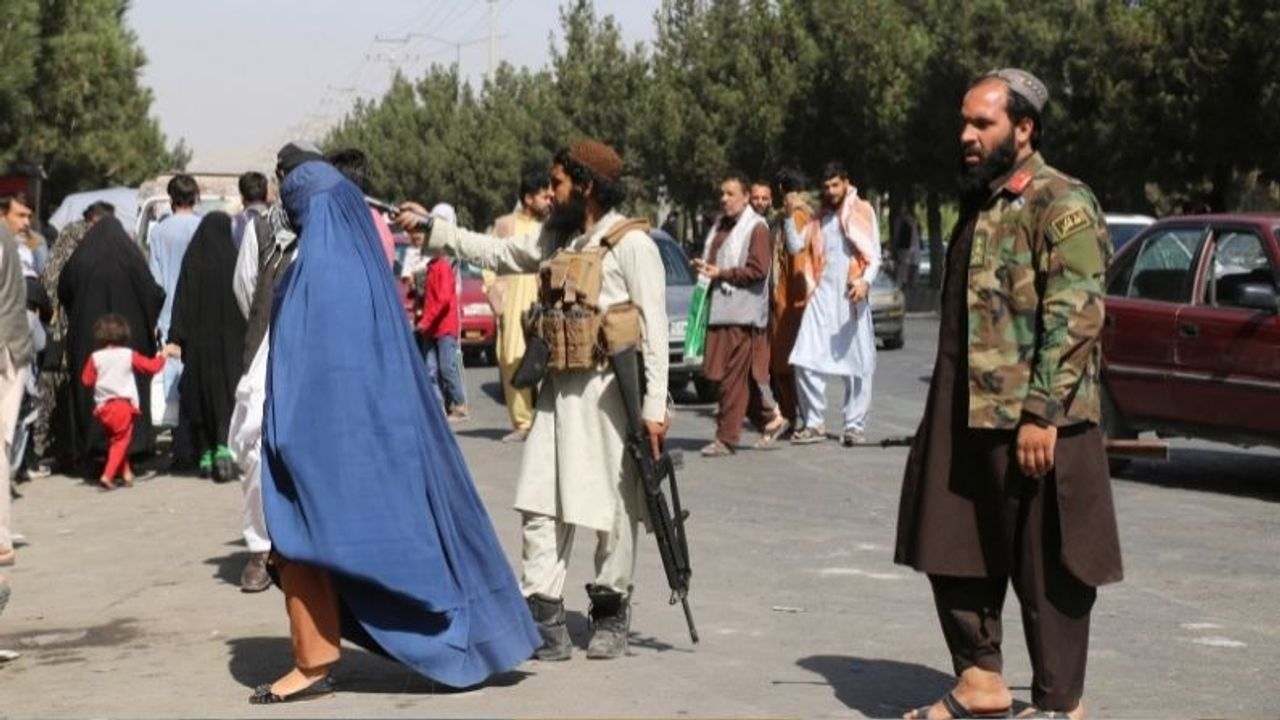 Taliban spokesman Zabihullah Mujahid has said that music in public is banned in Islam.

Taliban fighter standing on the road carrying weapons in Afghanistan.

With the Taliban tightening its grip on the power of Afghanistan, artists associated with Afghan music are either fleeing the country to save lives, or are hiding their instruments. Since the Taliban took over the country last month, music aficionados have been terrified and closing their offices and some hiding their musical instruments in store rooms. Some artists and singers have started reaching Pakistan after saving their lives from Afghanistan. The Taliban captured the capital Kabul on 15 August last month.

One such singer who fled the country, Pashun Munawar, said that even if we leave our profession, the Taliban will not leave us. All concerts have been canceled since the Taliban took control of Kabul. Another singer Ajmal said that after the Taliban took control of Kabul, he changed his clothes and came to Peshawar. We have no enmity with the Taliban, he said. We consider him as our brother but since he does not like our work, we feel insecure under his rule. Afghan music lovers have closed their offices due to the rapidly changing situation in Afghanistan.

The music world is losing millions of rupees due to the closure of offices and the withdrawal of the Taliban. Pakistani artist Shah Jahan recalls that whenever he went to Afghanistan for concerts, he was highly respected there. He said, Afghans love music very much and we welcome artists and singers who are afraid of Afghanistan to our soil. Another singer Ashraf Gulzar said the Taliban’s ban on all kinds of concerts in Kabul has caused concern among the music industry. The organizers have already been paid for the concerts in Afghanistan.

Taliban spokesman Zabihullah Mujahid has said that music in public is banned in Islam, but said the group could be freed from the stringent restrictions as in the past. However, a few days after the spokesman’s statement, Afghan folk singer Fawad Andarabi was dragged to death from his house. Former Afghan Interior Minister Masood Andrabi informed about the killing of Fawad Andrabi. The killing signaled the return of the Taliban’s brutal regime. The Taliban banned all forms of music during their previous reign.

Also read: Taliban spokesman Zabiullah Mujahid disclosed, ‘was in Kabul for many years, kept shining for America and Afghanistan’