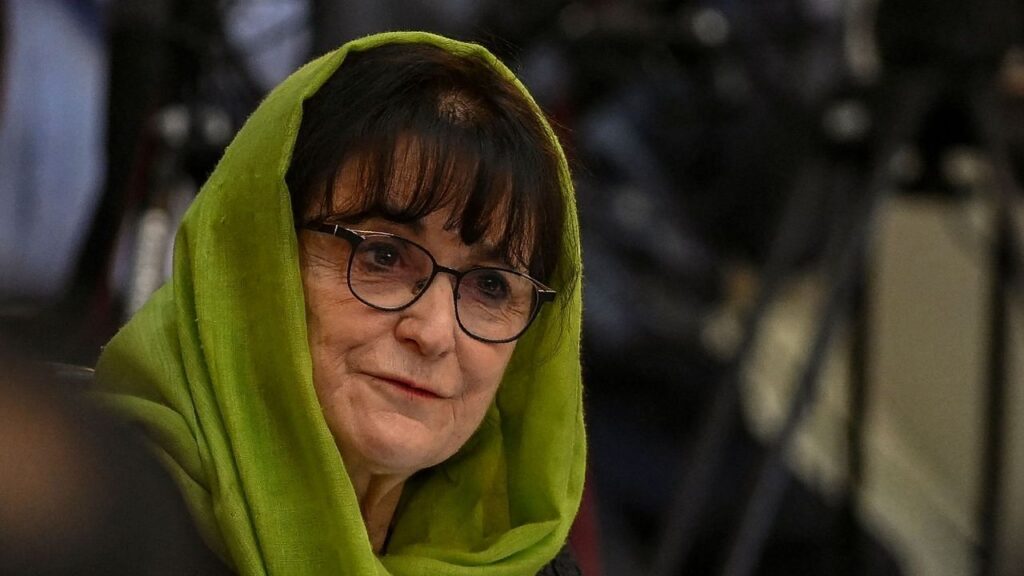 UN Help to Afghanistan: A UN official has met Afghan Interior Minister Sirajuddin Haqqani on the issue of humanitarian aid. He also asked to ensure the safety of UN personnel.

UN Official Meets Afghan Interior Minister: A UN official has met Afghanistan’s Interior Minister Sirajuddin Haqqani on Wednesday. Sirajuddin is the head of the most wanted global terrorist and terrorist organization Haqqani Network. The Taliban have formed a new government with this organization. The UN official has met with Haqqani and talked about the latest situation in Afghanistan and the issue of providing humanitarian aid to the general public.

“IEA (Islamic Emirate of Afghanistan) Interior Minister Sirajuddin Haqqani met yesterday (Wednesday) with Deborah Lyons, Head of the United Nations Assistance Mission (UNAMA) in Afghanistan and her delegation,” a Taliban spokesman said on Twitter on Thursday. had. He talked about the current situation in Afghanistan and humanitarian aid. The IEA Home Minister insisted that UN personnel can carry out their work without any hindrance.

What did the UN mission say?

In the same matter, the UN mission of Afghanistan has said that in the meeting on Wednesday, Deborah Lyon insisted that there should be no threat or obstacle to the UN and humanitarian personnel working. Sirajuddin Haqqani, who is included in America’s list of terrorists, has a bounty of 5 million US dollars on his head. He is accused of plotting to carry out suicide attacks in Kabul, the capital of Afghanistan in 2008, and the assassination of former President Hamid Karzai. At the same time, the Taliban has influenced the UN mission in Afghanistan several times in the last two decades.

Humanitarian crisis rising in the country

The Taliban captured Afghanistan on the 15th of last month. The condition of the country is very bad at this time. More than half of its population was already dependent on humanitarian aid, but the situation has worsened with the arrival of the Taliban. There has been a severe shortage of cash in the country, businesses have come to a standstill and a large number of people are fleeing to other countries for refuge (Humanitarian Crisis in Afghanistan). The UN estimates that 1.4 crore people of the country are heading towards starvation. However, so far America, the European Union and the United Nations have announced humanitarian aid to this country.

Also read- India’s Agni-5 missile is capable of reaching Chinese cities, China panicked by the news of testing, asked to work towards peace