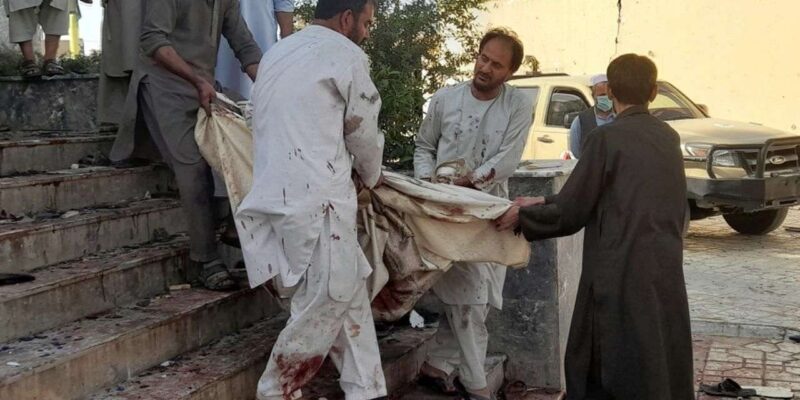 Blast in Afghanistan Kunduz City: Once again targeting the mosque in Afghanistan has been attacked. In which at least 100 people have died and dozens have been injured. According to the news agency AFP, a Taliban official says, a Shia mosque (Blast in Mosque) has been attacked after Friday prayers in Kunduz city. Witnesses told that when they were offering prayers, they heard the sound of an explosion. However, no terrorist organization has claimed responsibility for the attack so far.

Taliban spokesman Zabihullah Muhajid said, “This afternoon there has been an explosion at a mosque of our Shia compatriots in the Bandar Khan Abad district of the capital Kunduz, resulting in the martyrdom and wounding of many of our civilians.” Local media reported that dozens of people had died (Attack on Kunduz Mosque). People in the province’s capital, Kunduz (the province and its capital have the same name), told AFP that a Shia mosque exploded during Friday prayers.

dead body lying on the ground covered in blood

Graphic images shared on social media show several blood-soaked bodies lying on the ground. In another video, men, including women and children, are seen escaping from the spot. We cannot independently verify these photos and videos (Afghanistan Latest Bomb Blast). A source said an employee of an international aid group was also among the injured. Kunduz Central Hospital says that 35 people have died and more than 50 have been injured. Another hospital run by Doctors Without Borders said that 15 people have died here. The number of dead is increasing continuously.

Mosque was also attacked in Kabul

About five days ago, a deadly bomb exploded at the gate of a mosque in Kabul (Kabul Mosque Blast). Many civilians were killed in this. The responsibility of this attack was taken by ISIS-K Attacks i.e. Islamic State-Khorasan. It is the Afghanistan branch of the global terrorist organization Islamic State. The attack was done targeting the Taliban. Because a condolence meeting was held here about a week after the death of the mother of spokesman Zabiullah Mujahid. The gate of the mosque was attacked only after the people had lunch.

Also read- Australia will deal with online hate speech, PM said about social media – instead of ‘cowards’, where people ruin the lives of others

NDPP candidate is the only candidate for the by-election to the Nagaland assembly seat, filed nomination 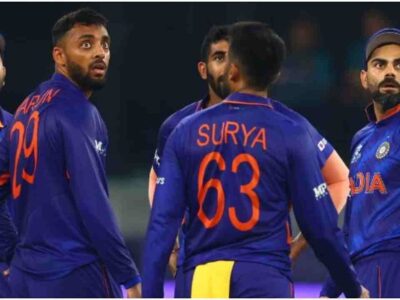