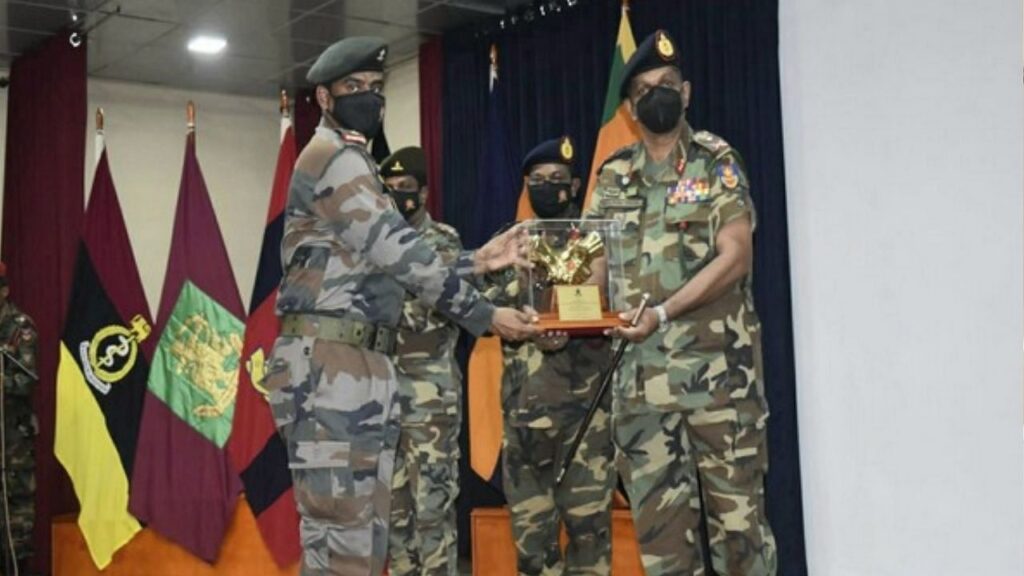 India-Sri Lanka Joint Military Exercise: The eighth edition of the joint military exercise of the Indian and Sri Lankan armies ‘Mitra Shakti’ has concluded on Saturday. It was organized from October 4-16 at the Combat Training School in Ampara city. Mitra Shakti Exercise is an exercise based on combating extremism and terrorism. It is the largest bilateral exercise conducted by the Sri Lankan Army and is also a major part of the growing defense partnership between India and Sri Lanka.

In the last 14 days, the armies of both the countries displayed great enthusiasm and professionalism as part of the exercise. The concluding phase of the exercise was jointly witnessed by the Chief of the Indian Army, General MM Naravane and General Shevendra Silva, Chief of Defense Staff and Commander of the Sri Lankan Army on 15 October 2021 (Indian Army Sri Lanka Military Exercise). Apart from promoting synergy and inter-operability between the armed forces, Exercise Mitra Shakti has helped strengthen ties between the two nations.

Army Chief General Manoj Mukund Naravane arrived here on Tuesday on a four-day visit at the invitation of Sri Lankan Army Chief General Shevendra Silva. During this he also participated in the Gazaba Day celebrations at the Gazaba Regimental Center (Indian Army Sri Lanka). Here the Indian High Commission tweeted, ‘Gift from a friend. General MM Naravane inaugurated two simulator facilities gifted by India to enhance the capability of the Sri Lankan Army. He said, ‘General Silva Shevendra has expressed his gratitude to the Indian Army Chief and the Indian Army for the simulators.’

General Naravane calls on the President

In another tweet, the Indian Army said that General Naravane visited the Army Service Corps School and provided Universal Driving Simulators and Infantry Training Weapon Simulators to the Sri Lankan Army to further strengthen defense cooperation between the two countries. Naravane had met President Gotabaya Rajapaksa, who is also the Commander-in-Chief of the Sri Lankan Armed Forces. General Naravane discussed various issues related to mutual and strategic cooperation with the President. General Naravane told the President that India hopes for stability in the neighboring countries for security in the region. He also said that around one thousand Sri Lankan soldiers receive training in India every year.

Also read- Port Blair: Read Veer Savarkar from a very young age, God would hardly have given so much patriotism to anyone: Amit Shah